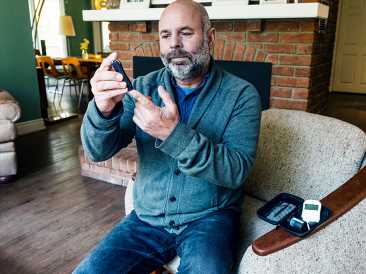 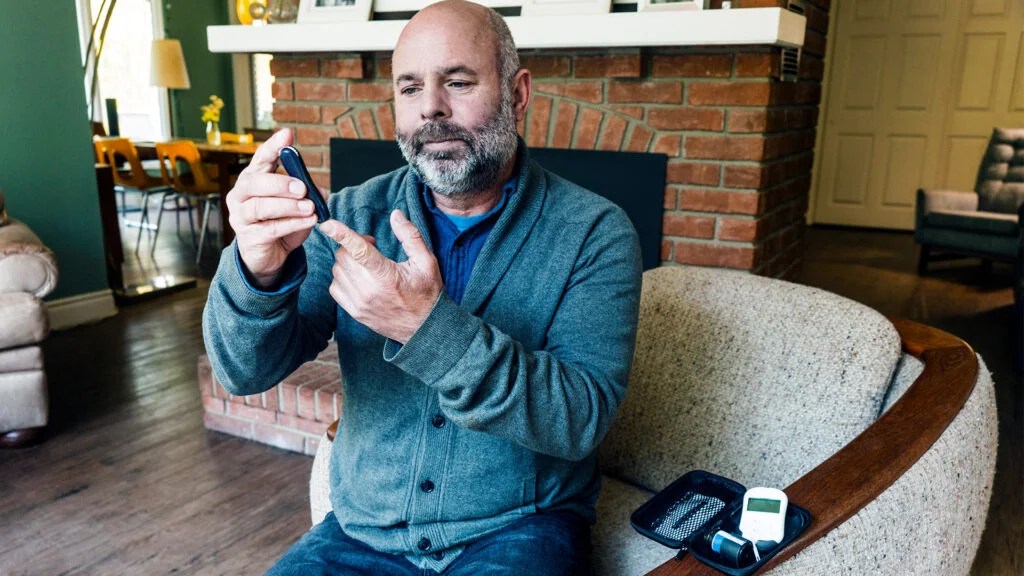 In a new study, scientists have discovered a link between type 2 diabetes and an increased risk of cardiovascular issues, even for people who optimally control the common risk factors for cardiovascular disease.

The research, which appears in the journal Circulation, suggests that early treatment of people with type 2 diabetes for cardiovascular disease may significantly reduce cardiovascular events and mortality.

According to the Centers for Disease Control and Prevention (CDC), 1 in 10 people in the United States have diabetes, and of those, 90–95% have type 2 diabetes.

The cells of a person with type 2 diabetes do not react to insulin in the way they should. A person’s pancreas produces insulin, which enables the sugar carried by the bloodstream to enter the cells of the body.

Because blood sugar is not being removed from a person’s bloodstream, their blood sugar levels can increase to dangerous levels. According to the CDC, this can cause vision loss, kidney disease, and heart disease.

Researchers have shown that having type 2 diabetes increases a person’s risk of developing both non-fatal and fatal forms of cardiovascular disease.

Studies also state that people with type 2 diabetes who optimally control common cardiovascular risk factors can reduce their chances of developing cardiovascular events. The authors of the new Circulation study cite research showing that this may prolong a person’s life by up to 8 years.

Researchers suggest that people who optimally manage their cardiovascular risk factors could completely negate the associated risk between type 2 diabetes and cardiovascular disease.

In the present article, the researchers wanted to see if this latter study’s findings, conducted with a Swedish population, were reproducible in a population from the United Kingdom.

According to Dr. Alison Wright, first author of the study and research associate at the Centre for Pharmacoepidemiology and Drug Safety at the University of Manchester, U.K., “[p]revious studies have shown that people with type 2 diabetes had little or no excess risk of cardiovascular disease events or death when all risk factors are optimally controlled.”

They looked particularly at the association between optimally controlling these risk factors and cardiovascular events or mortality in people with type 2 diabetes, compared with people who did not have the condition.

They also had a 31% increased risk of hospitalization due to heart failure.

For Dr. Wright, the findings suggest that early intervention in cardiovascular risk for people with type 2 diabetes is important:

“People with type 2 diabetes should be treated for cardiovascular risk factors as early as possible, regardless of whether they have cardiovascular disease or not.

The researchers also discovered that people with type 2 diabetes tended to have poor management of cardiovascular risk factors, which scientists note is an international issue, following recent research.

In the present study, only 6% of the participants with type 2 diabetes were optimally managing their risk factors.

As a consequence, Dr. Wright and her co-authors also suggest that “[g]reater use of guideline-driven care, clinical decision support, drug intervention, and self-management support should be encouraged.” 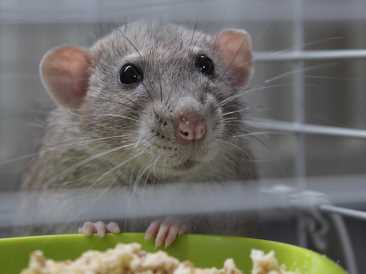 Researchers have worked out how to use electromagnetic fields to treat mice with type 2 diabetes. 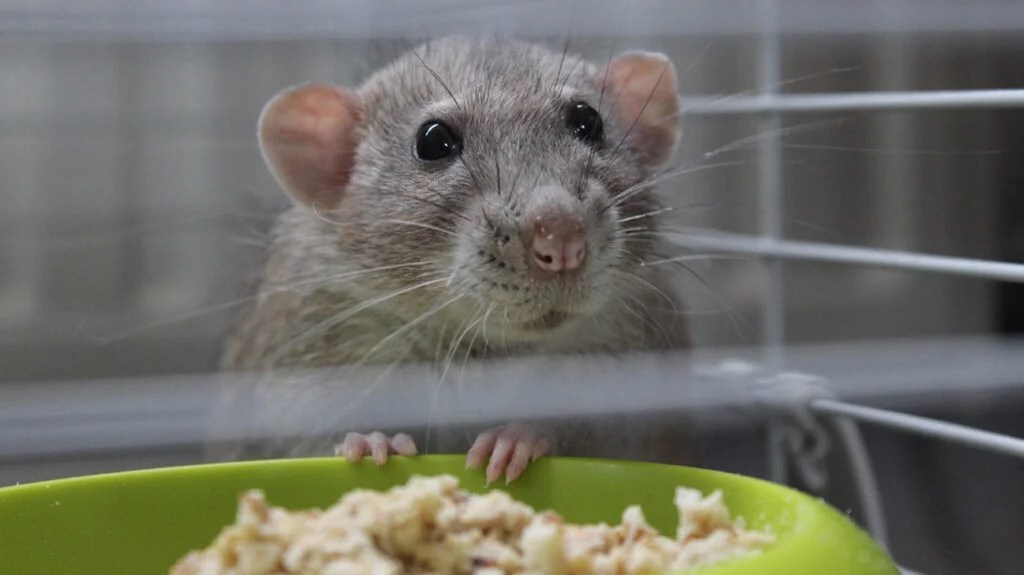 Scientists have discovered that they can successfully treat type 2 diabetes in mouse models by exposing the rodents to electromagnetic fields.

The research, which appears in the journal Cell Metabolism, opens the door to further studies confirming the findings and exploring whether the therapy could be suitable for use in humans.

According to the Centers for Disease Control and Prevention (CDC), more than 34 million people — approximately 1 in 10 — in the United States have diabetes. Of these individuals, the vast majority have type 2 diabetes.

Type 2 diabetes occurs when a person’s cells do not react to the hormone insulin properly. Insulin, which the pancreas produces, mediates the ability of a person’s cells to receive blood sugar.

In this situation, a person’s body can tell that their cells are not receiving blood sugar properly, and the pancreas produces more insulin in response. At a certain point, the pancreas cannot meet the insulin demand, and, as a consequence, blood sugar levels increase.

According to the National Institute of Diabetes and Digestive and Kidney Diseases, key approaches to treating type 2 diabetes include eating a more healthful diet and being more physically active.

There are also many medications that can help a person manage the symptoms of diabetes.

However, adherence to type 2 diabetes treatment is relatively low. Research has suggested that at least 45% of people with type 2 diabetes are unable to control their blood sugar levels effectively.

A range of factors may contribute to a person’s ability to keep diabetes symptoms in check, including the perceived difficulties around accessing and taking medications.

In this context, the scientists behind the present study believe that they may have made a significant discovery in the form of an effective and accessible way of treating mice with type 2 diabetes using electromagnetic fields.

The discovery came about by chance. Sunny Huang, an M.D.-Ph.D. student at the University of Iowa (UI) Carver College of Medicine and the co-lead author of the study, needed access to mice to practice taking their blood and measuring their blood sugar levels.

Dr. Calvin Carter, a postdoctoral researcher in the same lab, let Huang borrow the mice that he was using in an experiment on how electromagnetic fields affect the brains of the animals.

According to Huang: “It was really odd because normally these animals have high blood sugar and type 2 diabetes, but all of the animals exposed to [electromagnetic fields] showed normal blood sugar levels. I told Calvin, ‘There’s something weird going on here.’”

This was especially unusual given that the researchers had either genetically modified the mice in question to give them diabetes or induced the disease by feeding them a 60% high fat diet.

“That’s what sparked this project,” Dr. Carter adds. “Early on, we recognized that if the findings held up, they could have a major impact on diabetes care.”

Huang and Carter worked with Prof. Val Sheffield, professor of pediatrics and of ophthalmology and visual sciences at UI, as well as Dr. Dale Abel, chair of the UI Department of Internal Medicine and an expert on diabetes, to see whether it was possible to verify their findings.

They found that by combining static electric and magnetic fields that were 100 times the Earth’s natural levels and directing these at the mice, they were able to change the mice’s blood sugar levels.

Furthermore, they found that after 3 days of exposing the mice to these fields while they were sleeping, the mice’s insulin resistance had reversed.

Despite static electric and electromagnetic fields being an ever-present aspect of life on Earth, experts know little about their effects on biology.

Research in this area has primarily looked at animals’ directional instincts — for example, birds’ ability to migrate.

According to Dr. Carter, “[t]his literature pointed to a quantum biological phenomenon whereby [electromagnetic fields] may interact with specific molecules.”

“There are molecules in our bodies that are thought to act like tiny magnetic antenna, enabling a biological response to [electromagnetic fields]. Some of these molecules are oxidants, which are studied in redox biology, an area of research that deals with the behavior of electrons and reactive molecules that govern cellular metabolism,” he adds.

The team then reached out to Prof. Douglas Spitz and Prof. Gary Buettner, UI professors of radiation oncology, and Dr. Jason Hansen, of Brigham Young University, all of whom are experts in redox biology.

One such oxidant molecule that has a role in type 2 diabetes is superoxide. The researchers found that exposing this molecule to the combined static electric and magnetic fields that they were generating triggered its signaling.

However, the effect was only present in the liver and did not occur in the muscles.

This signaling led to an antioxidant response to rebalance the redox set point in the mice: the balance between oxidants and antioxidants.

The team then devised a way to confirm this effect. As Dr. Carter explains: “When we remove superoxide molecules from the liver, we completely block the effect of the [electromagnetic fields] on blood sugar and on the insulin response. The evidence suggests that superoxide plays an important role in this process.”

Looking ahead, a key question for the researchers is whether it is possible to replicate these findings in humans, as well as in mice. The lack of an increase in insulin sensitivity in skeletal muscle from this intervention may be important, given its importance in diabetic control in humans. If so, then scientists may be able to develop a noninvasive, effective treatment for type 2 diabetes.

The researchers have already taken a step along this path by confirming their findings using human cells in the laboratory.

To take things further, they intend to run the experiment using larger animals whose physiology is closer to that of humans. They also plan to explore in more detail the redox mechanism that seems to be at the heart of the phenomenon.