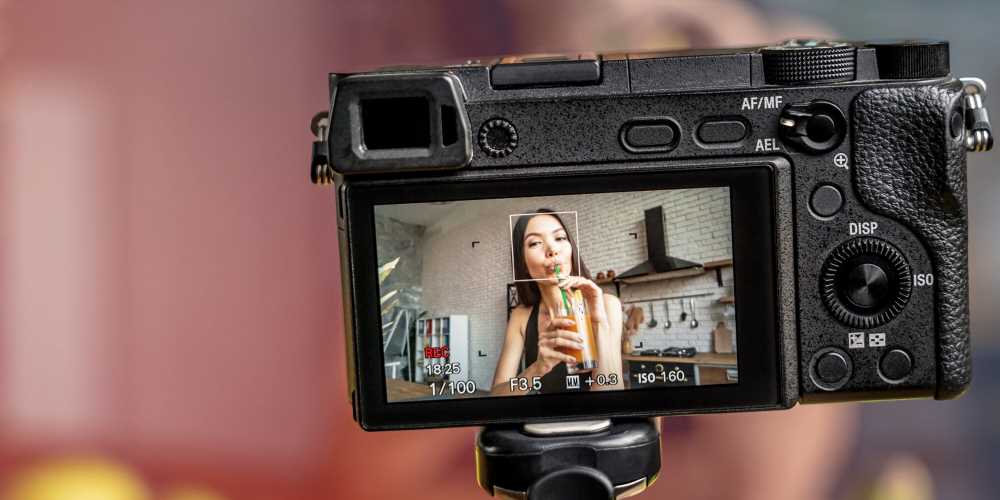 There are some real benefits to social media. It helps us feel connected to those we don't see often, it allows people to find supportive communities that aren't accessible to them IRL, and it gives everyone a voice. Of course, by now we all recognize that there are many dangers to social media, too. It's a source of endless unverified—and often false—information, and it allows people to widely broadcast messages that might be harmful to others, whether the original poster realizes that or not.

Case in point: The thousands of "What I Eat In a Day" videos flooding TikTok and Instagram Reels recently (from here on out, I'll call them WIEIAD videos or posts). The wellness influencers (and teenagers who aspire to become them) who post these videos may think that they serve as healthy inspiration for others. But health experts condemn them as promoting eating disorders, disordered eating, comparison, and poor self-esteem. And many of the posts showcase low-calorie menus that aren't enough food for most people, and even the ones that feature nutritionally adequate meals and snacks may end up doing more harm than good. Here's what two registered dietitians and an eating disorder therapist have to say about these posts and why they may cause much more harm than good.

If you followed any healthy living bloggers in the late 'aughts, you likely remember that their entire content strategy was to publish several blog posts a day, chronicling exactly what they ate and how they exercised that day. Then, Instagram's inception in 2010, led to people posting photos of their daily eats. And media outlets have long published celebrity food diaries, giving fans an inside look at their favorite stars' eating habits.

Clearly, we as a culture are fascinated by what other people eat. Shana Minei Spence, MS, RDN, CDN, a Brooklyn-based dietitian and founder of The Nutrition Tea who focuses on Health at Every Size (HAES) and intuitive eating, says that she shared posts like this at the start of her own nutrition career because she thought it was just what dietitians did. "People are always asking [dietitians] for meal plans, so I thought creating these posts was the thing to do," Spence tells Health But even she wasn't immune to the harm that these posts can cause.

These videos lend themselves to harmful comparison

Seeing her colleagues post their daily eats on social media motivated Spence to do the same. "I saw what other RDs were posting, so of course there was that sort of peer pressure that made me want to 'prove' that I was also a 'healthy eater.'" At the time, she (and many others) didn't realize how harmful that kind of pressure can be. "I never thought anything of it or how it could potentially trigger someone with a past eating disorder. I myself didn't realize that I was [playing] the comparison game and comparing what I was eating to others."

Today's WIEIAD posts showcase more than just food. TikTok and Instagram Reels are video platforms, so users often start their daily eats videos with full-length clips of their bodies. "I believe that the message this sends is unequivocally, 'if you eat like me, you can look like me,'" Colleen Reichmann, PsyD, a Philadelphia-based clinical psychologist and co-author of The Inside Scoop on Eating Disorder Recovery, tells Health. "This is so problematic, because the vast majority of the time, the videos are being done by thin, able-bodied, younger white women—women with an immense amount of body privilege." The videos then end up promoting a specific type of body that's unattainable to the vast majority of people. "[This] is fundamentally misleading because weight and body shape are 95% determined by genetics, not food or exercise," Reichman says.

And they rarely, if ever, promote a healthy relationship with food

Kathleen Meehan, a Los Angeles-based dietitian and certified intuitive eating counselor, agrees with Reichmann that these videos promote the thin ideal and "fail to acknowledge body diversity." This is particularly problematic when the person making the video is using terms like intuitive eating or food freedom.

"Intuitive eating is weight-inclusive, and is for people of all body sizes," Meehan tells Health. "When people with thin privilege highlight their own bodies or continuously use their bodies in marketing, there's a subtle (and even not so subtle, at times) suggestion that a peaceful relationship with food is only for those with bodily privilege." Someone with a larger or otherwise different body may see the video and think that they can't start intuitive eating until they look like the person on screen, which is completely untrue and opposed to the very principles of intuitive eating. Or, they might feel like they're doing intuitive eating "wrong" because their body looks different from the ones they're seeing on social media.

The problem isn't just about promoting unattainable body standards. Meehan says that the WIEIAD posts that mention intuitive eating often misunderstand what it means in several ways. "When a person posts about intuitive eating but then mentions things like 'portion control,' that's a sign they may not have a complete understanding of what intuitive eating represents," she says. Or they talk only about hunger and fullness without going deeper into other important concepts like satisfaction, flexibility, and body acceptance. It's about so much more than what you eat and how much, and showcasing just those things skews the intention behind intuitive eating.

Spence points out that WIEIAD videos are almost never accurate. "Social media presents this image of perfection even though there is no such thing as perfect, especially in the realm of eating," she says. "People have an idea in their heads of what a perfect day of eating looks like and they won't present anything else." They might show portions that are smaller than what they actually ate, or intentionally leave out foods that they deem "unhealthy."

It's also possible that those posting the videos engage in disordered eating behaviors not shown on camera. They might showcase eats on days when they're extremely strict about what and how much they eat, failing to mention that on other days they feel totally out of control around food—a common side effect of such restriction—and end up bingeing.

Of the one billion people who use TikTok, a whopping 32.5 percent are between the ages of 10 and 19. (Another 29.5 percent are in their twenties, and 37.4 percent are 30 and over.) That means that these WIEIAD videos, most of which originate on TikTok right now, are reaching a group that's so easily influenced. "It puts pressure on these people who are in an already pressure-filled period of life," Reichmann says. Many preteens and teenagers have heightened anxiety about food and their bodies, and these videos only make it worse. "It is unconscionable to flaunt one's thin adult body, and show this audience videos of (likely) restrictive meal plans," Reichmann says.

Not to mention, female-identifying teenagers and young adults are the group most at-risk group for eating disorders, like anorexia, bulimia, and binge-eating disorder, according to the National Eating Disorders Association (NEDA). Reichmann explains that anyone who has an eating disorder or who is at risk of developing one is likely to get sucked into these videos, many of which showcase extremely low-calorie meals and snacks.

Even for people who have a relatively healthy relationship with food—which, let's be honest, is not most people—these videos are not helpful at all. What someone else eats should have nothing to do with what you eat.

"Everybody has a different body," Spence says. "Just by observation, you can see that we come in all sizes, so our needs will be very different." Plus, we all have different activity levels, hormone fluctuations, and cravings. These things vary daily, so even your own WIEIAD wouldn't be a helpful model for what to eat on another day.

Spence's perspective has changed dramatically since the days when she was posting her daily eats, and now she uses Instagram to speak out against the harms of diets, food rules, and arbitrary body standards. That said, many dietitians still post WIEIAD videos. While it's understandable that some might think this is helpful—people look to dietitians as experts on healthy eating, after all—others disagree.

"I rarely find it helpful or appropriate to be providing full examples of a day of eating," Meehan says. That's not to say that dietitians should absolutely never post food pictures. "Diet culture has skewed our sense of what's 'normal,' and sometimes it may feel valuable to see a plated meal, complete with all different types of foods including a satisfying amount of carbohydrates." (It's worth noting that neither Spence nor Meehan post food photos on their accounts these days.) But, showing a full day of eating "usually does not show all the nuances of a healthy relationship with food," Meehan says.

These videos likely aren’t going anywhere, so the best you can do is stop watching them

Listen, it's impossible to control what other people put out there on social media. But, it is possible to control the content that you see, at least to some extent. If someone you follow is posting WIEIAD videos, mute or unfollow them. If you see these videos in your Discover tab, click the 'Not Interested' button so that they're hidden in the future.

The bottom line is that there's nothing to gain from seeing what someone else eats in a day. "What one person eats should really have no bearing on what I eat," Reichmann says. "It's just unhelpful to put this type of media out into the world. Who benefits from it?" Nobody.

To get our top stories delivered to your inbox, sign up for the Healthy Living newsletter