A stutter can be an extremely debilitating and frustrating speech disorder, but it hasn’t held Joe Biden back. In December 2019, Biden revealed on Twitter that he had worked his whole life to overcome a stutter, and has mentored kids with the same speech disorder.

During a presidential-primary debate in Atlanta in November 2019, Biden stuttered several times. Shortly afterward, he spoke to The Atlantic about living with a stutter since he was a young boy, telling writer John Hendrickson, who also has a stutter, that it “can’t define who you are.”

What is stuttering, exactly?

Stuttering (sometimes called stammering or disfluent speech) is characterized by repetition, prolongation (extending the duration) of sounds, and interruptions in speech known as blocks, per the National Institute on Deafness and Other Communication Disorders (NIDCD). A person who stutters knows exactly what they want to stay, but has difficulty with the flow of the words. In some cases, they may experience rapid eye blinks or lip tremors alongside the stuttering.

“The signs and symptoms of stuttering are easily recognizable,” Avivit Ben-Aharon MS Ed, founder and clinical director of Great Speech Inc., tells Health. “Stutterers tend to repeat syllables, parts of words, and make some words or sounds longer. Some stutterers can produce words but with excessive physical difficulty.”

The NIDCD says stuttering is most common in children between ages 2 and 6—which is the period when they’re developing language skills. Around 95% of children who stutter show signs of it before the age of 5, Ben-Aharon says. Boys are up to three times as likely to stutter as girls, a difference that becomes even greater as they get older.

According to The Stuttering Foundation, a nonprofit organization that supports those who stutter, stuttering affects roughly 70 million people (that’s about 1% of the population)—3 million of them live in the United States.

It's not known for sure, but it’s likely to be a combination of multiple factors. “Recent research indicates that genetics, family history (often male), neuromuscular development, and the child’s environment, including family dynamics, all play a role in the onset of stuttering,” Ben-Aharon says.

The Stuttering Foundation says approximately 60% of people who stutter have a family member who actively stutters, or used to. (Biden’s uncle on his mother’s side—known as “Uncle Boo-Boo”—stuttered his whole life, Biden told The Atlantic.)

Although emotional problems and parenting don’t appear to cause stuttering, environmental factors and speaking demands may increase or decrease stuttering, Ben-Aharon adds. Stress too can exacerbate it, but isn’t considered a cause.

How can stuttering be managed?

Although there’s no cure for stuttering, lots of treatment options are available, including stuttering therapy, drug therapy, self-help groups, and electronic devices to help control fluency, such as a device that fits into the ear canal (just like a hearing aid) and digitally replays a slightly altered version of the person’s voice into their ear so that it sounds as if their speech is in sync with someone else’s.

“If stuttering persists in children for more than six months, speech therapy is generally needed to learn strategies and techniques that are helpful in managing their stuttering, Ben-Aharon says. “The therapeutic process focuses on relaxation and breathing strategies to reduce tension as well as slowing down the rate of speech to minimize the dysfluency.”

Does a stutter ever go away on its own?

The NIDCD says approximately 75% of children outgrow stuttering. However, the longer someone stutters, the less likely they are to make a full recovery. According to The Stuttering Foundation, no more than a quarter of people who still stutter at 10 will be completely free from the disorder in adulthood. And children who continue to stutter may have the disorder for the rest of their lives—like Biden.

“Whether a child who stutters continues stuttering through the adult years often depends on the age the child begins to stutter and whether there is a family history of stuttering,” Ben-Aharon explains.

How does stuttering affect a person’s mental health?

So much of our lives rely on communication with others, so stuttering can have a huge impact on quality of life and interpersonal relationships. Also, the stigma attached to it may negatively influence job performance and opportunities.

“Stuttering can affect socialization, causing anxiety and depression in those who are struggling to communicate,” Ben-Aharon adds. “When individuals who stutter feel rushed or sense the impatience of others who try to finish their sentences, their anxiety often increases—while their inclination to socialize decreases.”

Ben-Aharon finds that some people don’t seem to be impacted emotionally by their stuttering, while others see it as a challenge to overcome. “They embrace the techniques and strategies offered through speech therapy to maximize communication,” she says. “And in our practice, we are noticing greater acceptability around stuttering and less of our patients are reporting bullying or negative responses in school.” 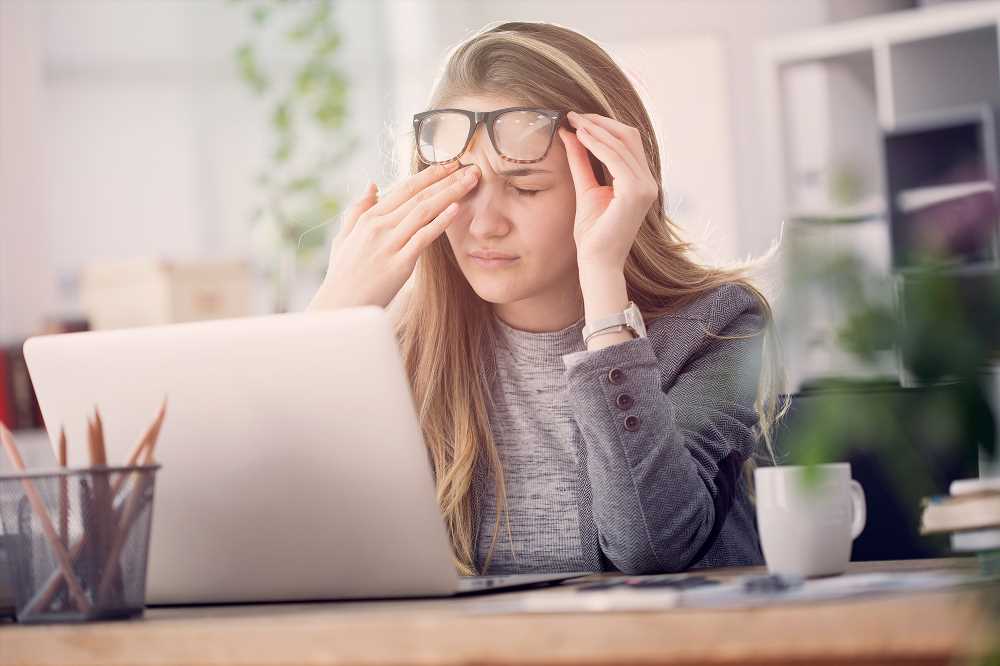 Next post How to Manage the Biggest Headache About Working from Home: More Migraines