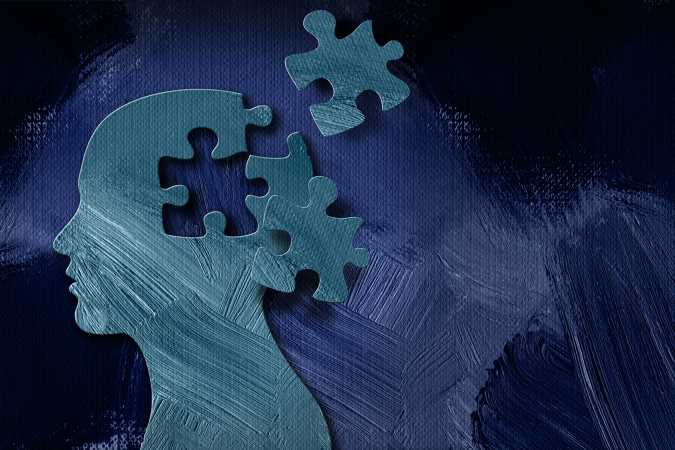 When her husband was diagnosed with early-stage Alzheimer’s disease in 2015, Elizabeth Pan was devastated by the lack of options to slow his inevitable decline. But she was encouraged when she discovered the work of a UCLA neurologist, Dr. Dale Bredesen, who offered a comprehensive lifestyle management program to halt or even reverse cognitive decline in patients like her husband.

After decades of research, Bredesen had concluded that more than 36 drivers of Alzheimer’s cumulatively contribute to the loss of mental acuity. They range from chronic conditions like heart disease and diabetes to vitamin and hormonal deficiencies, undiagnosed infections and even long-term exposures to toxic substances. Bredesen’s impressive academic credentials lent legitimacy to his approach.

Pan paid $4,000 to a doctor trained in Bredesen’s program for a consultation and a series of extensive laboratory tests, then was referred to another doctor, who devised a stringent regimen of dietary changes that entailed cutting out all sugars, eating a high-fat, low-carbohydrate diet and adhering to a complex regimen of meditation, vigorous daily exercise and about a dozen nutritional supplements each day (at about $200 a month). Pan said she had extensive mold remediation done in her home after the Bredesen doctors told her the substance could be hurting her husband’s brain.

But two years passed, she said, and her husband, Wayne, was steadily declining. To make matters worse, he had lost more than 60 pounds because he didn’t like the food on the diet. In April, he died.

“I imagine it works in some people and doesn’t work in others,” said Pan, who lives in Oakton, Virginia. “But there’s no way to tell ahead of time if it will work for you.”

Bredesen wrote the best-selling 2017 book “The End of Alzheimer’s” and has promoted his ideas in talks to community groups around the country and in radio and TV appearances like “The Dr. Oz Show.” He has also started his own company, Apollo Health, to market his program and train and provide referrals for practitioners.

Unlike other self-help regimens, Bredesen said, his program is an intensely personalized and scientific approach to counteract each individual’s specific deficits by “optimizing the physical body and understanding the molecular drivers of the disease,” he told KHN in a November phone interview. “The vast majority of people improve” as long as they adhere to the regimen.

Bredesen’s peers acknowledge him as an expert on aging. A former postdoctoral fellow under Nobel laureate Stanley Prusiner at the University of California-San Francisco, Bredesen presided over a well-funded lab at UCLA for more than five years. He has been on the UCLA faculty since 1989 and also founded the Buck Institute for Research on Aging in Marin County. He has written or co-authored more than 200 papers.

But colleagues are critical of what they see as his commercial promotion of a largely unproven and costly regimen. They say he strays from long-established scientific norms by relying on anecdotal reports from patients, rather than providing evidence with rigorous research.

“He’s an exceptional scientist,” said George Perry, a neuroscientist at the University of Texas-San Antonio. “But monetizing this is a turnoff.”

“I have seen desperate patients and family members clean out their bank accounts and believe this will help them with every ounce of their being,” said Dr. Joanna Hellmuth, a neurologist in the Memory and Aging Center at UCSF. “They are clinging to hope.”

Many of the lifestyle changes Bredesen promotes are known to be helpful. “The protocol itself is based on very low-quality data, and I worry that vulnerable patients and family members may not understand that,” said Hellmuth. “He trained here” — at UCSF — “so he knows better.”

The Bredesen package doesn’t come cheap. He has built a network of practitioner-followers by training them in his protocol — at $1,800 a pop — in seminars sponsored by the Institute for Functional Medicine, which emphasizes alternative approaches to managing disease. Apollo Health also offers two-week training sessions for a $1,500 fee.

Once trained in his ReCODE Protocol, medical professionals charge patients upward of $300 for a consultation and as much as $10,500 for eight- to 15-month treatment packages. For the ReCODE protocol, aimed at people already suffering from early-stage Alzheimer’s disease or mild cognitive decline, Apollo Health charges an initial $1,399 fee for a referral to a local practitioner that includes an assessment and extensive laboratory tests. Apollo then offers $75-per-month subscriptions that provide cognitive games and online support, and links to another company that offers dietary supplements for an additional $150 to $450 a month. Insurance generally covers little of these costs.

Apollo Health, founded in 2017 and headquartered in Burlingame, California, also offers a protocol geared toward those who have a family history of dementia or want to prevent cognitive decline.

Bredesen estimates that about 5,000 people have done the ReCODE program. The fees are a bargain, Bredesen said, if they slow decline enough to prevent someone from being placed in a nursing home, where yearly costs can climb past $100,000 annually.

Bredesen and his company are tapping into the desperation that has grown out of the failure of a decades-long scientific quest for effective Alzheimer’s treatments. Much of the research money in the field has narrowly focused on amyloid — the barnacle-like gunk that collects outside nerve cells and interferes with the brain’s signaling system — as the main culprits behind cognitive decline. Drugmakers have tried repeatedly, and thus far without much success, to invent a trillion-dollar anti-amyloid drug. There’s been less emphasis in the field on the lifestyle choices that Bredesen stresses.

“Amyloids sucked up all the air in the room,” said Dr. Lon Schneider, an Alzheimer’s researcher and a professor of psychiatry and behavioral sciences at the Keck School of Medicine at USC.

Growing evidence shows lifestyle changes help delay the progress of the mind-robbing disease. An exhaustive Lancet report in August identified a long list of risk factors for dementia, including excessive drinking, exposure to air pollution, obesity, loss of hearing, smoking, depression, lack of exercise and social isolation. Controlling these factors — which can be done on the cheap — could delay or even prevent up to 40% of dementia cases, according to the report.

Bredesen has published three papers showing positive results in many patients following his approach, but critics say he has fallen short of proving his method’s effectiveness.

The papers lack details on which protocol elements were followed, or the treatment duration, UCSF’s Hellmuth said. Nor do they explain how cognitive tests were conducted or evaluated, so it’s difficult to gauge whether improvements were due to the intervention, to chance variations in performance or an assortment of other variables, she said.

Bredesen shrugs off the criticism: “We want things to be in an open-access journal so everybody can read it. These are still peer-reviewed journals. So what’s the problem?”

Another problem raised about Bredesen’s enterprise is the lack of quality control, which he acknowledges. Apollo-trained “certified practitioners” can include everyone from nurses and dietitians to chiropractors and health coaches. Practitioners with varying degrees of training and competence can take his classes and hang out a shingle. That’s a painful fact for some who buy the package.

“I had the impression these practitioners were certified, but I realize they all had just taken a two-week course,” said a Virginia man who requested anonymity to protect his wife’s privacy. He said that he had spent more than $15,000 on tests and treatments for his ailing spouse and that six months into the program, earlier this year, she had failed to improve.

Colleagues say that to test whether Bredesen’s method works it needs to be subjected to a placebo-controlled study, the gold standard of medical research, in which half the participants get the treatment while the other half don’t.

In the absence of rigorous studies, said USC’s Schneider, a co-author of the Lancet report, “saying you can ‘end Alzheimer’s now and this is how you do it’ is overpromising and oversimplifying. And a lot of it is just common sense.”

Bredesen no longer says his method can end Alzheimer’s, despite the title of his book. Apollo Health’s website still makes that claim, however.