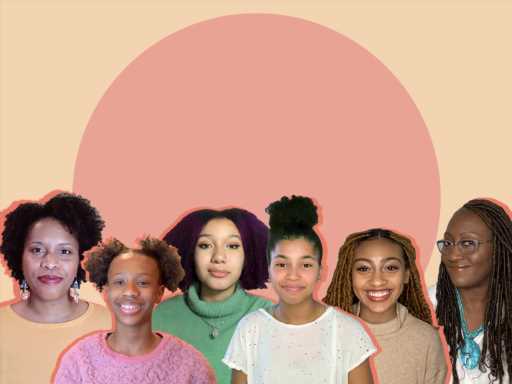 It’s 2021 — barely — and Black girls continue to receive mixed messages about what this country wants them to be. Black women were hailed on social media as the saviors of democracy, just as police handcuffed and pepper-sprayed a 9-year-old girl on the snowy streets of Rochester, N.Y. But rather than parse those mixed messages, the mothers and daughters we spoke to for our latest Hatch video want to carve out their own self-images as Black women.

Little Fires Everywhere actress Lexi Underwood, who co-produced this piece with SheKnows, told us, “I believe it’s necessary to amplify these kinds of conversations. As a Black girl with a Black mom, this is a topic I’m very passionate about.” Underwood references a tweet in the video that states, “A Black girl’s role isn’t to save a world that won’t protect her,” and points out the power in the sentiment. “We don’t exist to save you and it’s time to start shedding the idea that a Black woman is always going to save the day because that is simply not our job. This is an incredibly special project and I’m honored to have been a part of it.”

Mom Amber recalls the wounds of racism she received as a Black girl, saying, “Growing up in this country, as a Black woman, was full of what I call joy and sorrow.”

Charis, 12, Amber’s daughter adds, “I live in a world that doesn’t protect all people of all races.” Amber tells us she wants more for the next generation: “I want them to love their African heritage. I don’t want them to have to worry about if they’re presenting in a way that is acceptable to white people. I want them to be their full, Black, God-created selves.”

This is no easy feat, when even the very act of bringing a Black child into this world is fraught with danger. Lexi is joined by her mother, Stephanie, who gave some insight into her joy and sorrow of being a Black mom. “Health care is a challenge, even when I was pregnant with Lexi… It’s just a blessing that she is here. Because my voice wasn’t heard.”

No doubt, the girls of Generation Z have been on the receiving end of racism: from microaggressions to overt name-calling to the not-so-subtle differences in disciplinary rates in school. According to a recent analysis by The New York Times, Black girls are five times more likely than white girls to be suspended from school at least once, and seven times more likely to receive multiple out-of-school suspensions.

And yet the girls we spoke to are not letting that dim their pride and love of being Black.

“My favorite thing about being a Black person is everything,” Gabrielle, 15, says. “Black people are some of the strongest people that I’ve ever met in my entire life.”

While you watch these women and girls speak about their experiences, remember also that each of their experiences is unique. “At times I’ve been given the responsibility to speak for the entire Black community, which is not something that should happen,” Juno, 15, says of being the only Black voice in many rooms.

“My favorite thing about being a Black person is everything. Black people are some of the strongest people that I’ve ever met in my entire life.” — Gabrielle, 15

Amber goes further and reveals, “I never felt like I was less than, except for when I was in predominantly white spaces, and that’s when everything started to hit the fan — overt racism, being called a monkey, being told to go back to Africa, being called the N-word repeatedly as a child. Those are wounds that I still have the scars from to this day.”

Stephanie sums up her concern as a mother simply, as she looks at Lexi and tells her daughter, “You are such a bright light, and so part of my fear is that that negativity or that hatred, or just that misguided thought process will do something to diminish that brilliant shine.”