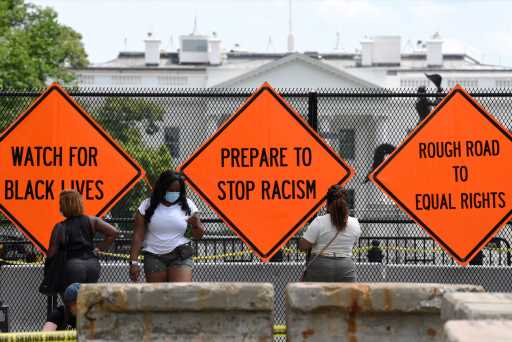 A Black woman accused by a store owner of shoplifting was tackled by Rochester police and pepper-sprayed, all while her 3-year-old daughter looked on, frantically crying for her mommy while being restrained by the officers on the scene. 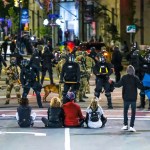 The incident, which occurred last month, was caught on bodycam footage and the disturbing video was just released by the Rochester Police Department over the weekend. Police officers approached the mother and child and explained that she had been reported for shoplifting. The mother denied the accusation and, opening her bag, offered to show officers the contents.

“Oh, come on, they said you stole, tell me what you took,” the officer said at one point. “I don’t have time for B.S. You better be quick with me.”

When the mother tried to run, he tackled and slammed her to the ground while her daughter frantically gripped her mother’s hand. Another officer forcibly removed the child from her mother, who was then pepper-sprayed. An officer asked someone to pull their car into position to block the public because it “doesn’t look good that I have to restrain, like, a 3-year-old.”

The officer involved has been put on paid leave pending an investigation and the mother was charged with trespassing, but not shoplifting.

The incident follows another highly publicized incident in Rochester where a police officer pepper-sprayed and handcuffed a 9-year-old Black girl after her parents requested a wellness check.

According to WHEC, Interim Department Chief Cynthia Herriott-Sullivan said at a press conference that the officers involved in the most recent video acted within departmental guidelines but then added, “Just because we can do certain things, should we? Can we get to the same place by utilizing a different strategy?”

She continued, “We do have policies on the use of things such as pepper spray… Generally … if a person is physically resisting then you’re safe on pepper spray usage. But obviously, you don’t want to take it too far.”

The Accountability Board’s statement also noted that both incidents involved police intimidation of bystanders. In the incident involving the mother and child, an officer can be heard telling a bystander who was filming the incident to “shut the hell up, and get out of here.”

The body cam footage is a compilation. The incident begins at the 1:12:00 mark. The footage may be disturbing for some viewers so please use discretion.