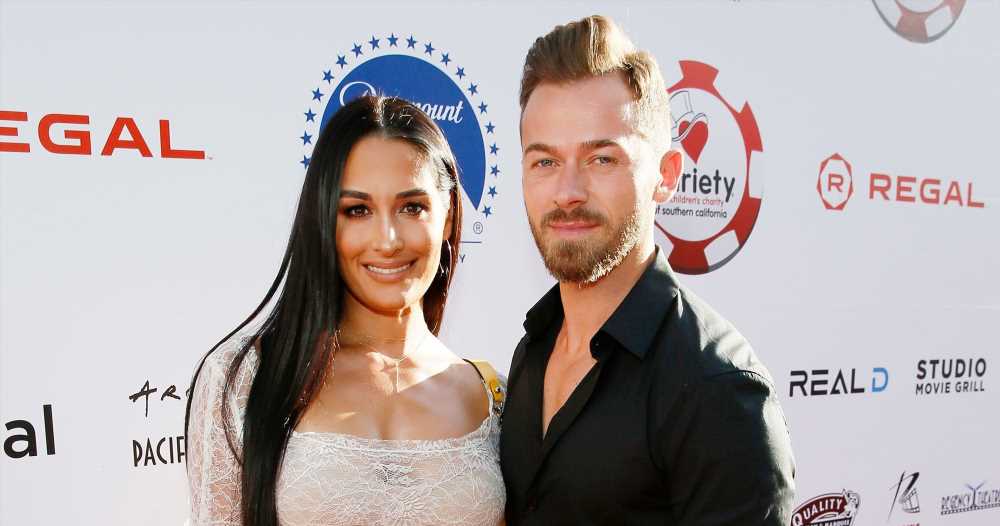 A tough choice ahead. Nikki Bella admitted to struggling with her desire to have a second child with fiancé Artem Chigvintsev — a decision she is contemplating along with her interest in returning to her WWE roots.

“I have such a battle in my head, because I would want to wait and then I’m like, ‘OK, so I’m closer to 40. How’s that going to be?’ And then I’m like, ‘No, no, no. I’m just going to have [my son] Matteo,’” Bella, 37, told Us Weekly exclusively on Thursday, March 4, while promoting her new Tearless haircare line for babies. “But it’s like, now that I have Matteo, I want to give him a sibling because when we see [my sister Brie Bella’s son] Buddy, and Buddy and [his sister] Birdie, I’m like, ‘Oh, no matter what, he’ll always be a sibling.’”

She continued, “It just makes me feel bad that when he goes to bed at night though, he’ll always be by himself. So, Artem — he wants one. If I could have a girl up here … he’d be in heaven.”

Though she is “actually thinking about having another baby,” she is also seriously considering making her way back to WWE.

“The thing is, I want to get back in the wrestling ring,” she revealed. “There’s so many things I want to do, and I feel bad. … I just don’t think I have time.”

The Incomparable author welcomed her son, Matteo, with Chigvintsev, 38, in July 2020. The pair’s newborn arrived just one day before Brie, 37, gave birth to her second child, Buddy, with husband Daniel Bryan.

As a silver lining to deciding on baby No. 2, going through pregnancy a second time wouldn’t be a foreign concept to Nikki.

Last year, the former Dancing With the Stars contestant revealed that she and her soon-to-be-husband have disagreed about the possibility of further expanding their brood. “I honestly want to be one and done,” she told Us in November 2020. “Artem really wants a little girl, but I just don’t know if I could do it again.”

Nikki, meanwhile, last mentioned the possibility of her returning to wrestling on The Ellen DeGeneres Show in January. The Total Bellas star noted that she’s “definitely” interested and expressed her excitement over an announcement WWE made about upcoming WrestleMania host cities.

“When I heard about Dallas 2022, Hollywood 2023, I got chills,” she recalled. “And I said, ‘Brie, we have never gone after the tag titles.’ They were made for us. There’s another run in the Bella twins. At some point, we’re coming back.”

In the meantime, Nikki and Brie are focusing on the launch of Tearless — a haircare line that they created just for babies. The new product line will serve as an expansion to the twins’ Nicole + Brizee company.

“Being a mom, every day you’re surrounded by baby products [and] using them. So, you’re constantly thinking about them,” Brie explained to Us. “Nikki and I were like, ‘This is our life now. So, why don’t we come up with our own baby line?’ That’s why we wanted to create Tearless.”