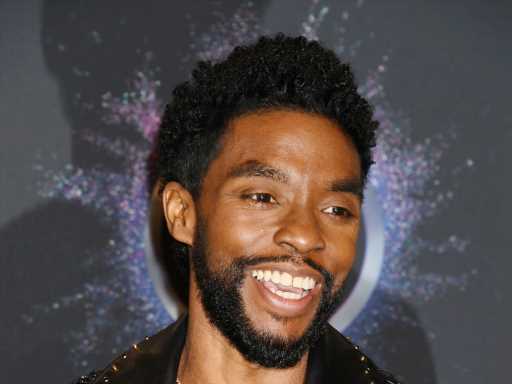 Fans of the late Chadwick Boseman and The Black Panther got a sweet surprise during tonight’s Golden Globes Awards. Taking a break from the awards show action, TikTok user La’Ron Hines appeared with a group of kids and tested their pop culture knowledge by asking them a few fun questions like, “How are movies made?” (to which one kiddo hilariously answered “bricks”) and “What is Queen’s Gambit about?”. And while the kids answered most of them wrong, there was one question everyone knew off the top of their heads: “Who is Chadwick Boseman?”.

While the children proved not to be experts on movies and TV shows, they definitely do know who plays the legendary Black Panther in the Marvel Cinematic Universe. It’s beautiful to see Boseman, who died last August after a battle with colon cancer, honored in such a touching way — and it highlights the undeniable impact the actor had on so many children.

One kid even answered, “Chadwick Boseman is the good guy!” — and while that might have been a reference to his on-screen character, it also perfectly sums up the kind of person Boseman strived to be in real life as well.

During tonight’s Golden Globes, Boseman was also recognized for his work in Ma Rainey’s Black Bottom and posthumously won “Best Actor in a Motion Picture – Drama,” which his wife Simone Ledward accepted on his behalf.

The death of Chadwick Boseman devastated many, but it’s clear that his legacy lives on through the lives he’s touched and his incredible work — especially his role as the Black Panther.