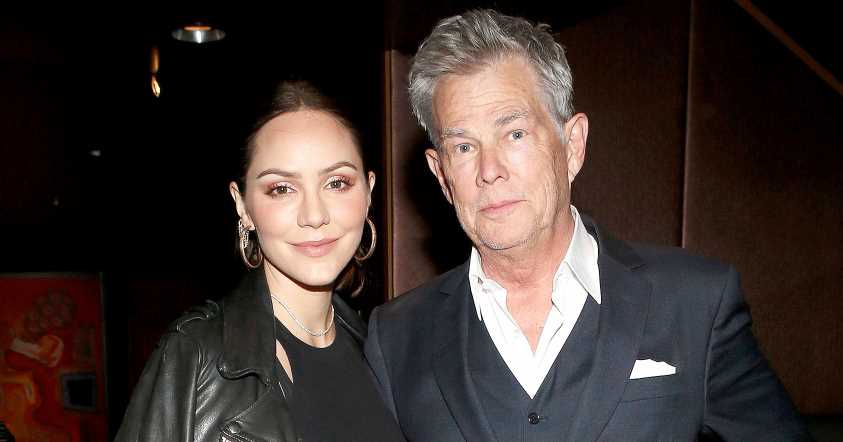 Whoops! Katharine McPhee decided to share her 3-week-old son Rennie’s name on Wednesday, March 17 — and husband David Foster was not happy about it.

“My husband was kind of annoyed,” the American Idol alum, 36, told SiriusXM’s Jess Cagle later that same day. “I said, ‘What was I supposed to say? Nothing? Like, “I’m sorry, we’re not sharing the name.”‘ We don’t want to be that pretentious over the name, but it’s the only kind of thing you can hold on to that feels private.”

The Country Comfort star joked that she didn’t know how to “say no” when Jenna Bush and Hoda Kotb asked about her baby boy’s moniker. “Yes, the cat’s out of the bag,” the actress said. “It’s not like we’re the only people who’ve named our child something, but we wanted to keep it as private as long as we could. I’m in trouble, but hopefully, hopefully my husband will not be too mad.”

She and the composer, 71, welcomed their first child together, his sixth, last month. The pair are “so in love” with Rennie, McPhee gushed to Cagle, 55.

The Broadway star opened up about the inspiration behind his name, gushing, “It’s really so original. It came to us honestly two hours before he was born. So it’s a really great family name, but one of [Foster’s] family members didn’t tell us about it until hours before he was born. It sort of took my breath away. I was waiting for something like that, and I just didn’t think it would happen. We were going to name him something totally different, which was a great name, but not something that meant something.”

While speaking to Bush, 39, and Kotb, 56, on Wednesday, the Los Angeles native called parenthood “the best” experience. “It’s the sweetest,” the new mom said during the Today show appearance. “I mean, I’m in heaven. It’s really been amazing.”

Katharine McPhee and David Foster: A Timeline of Their Relationship

The “Somewhere Over the Rainbow” singer and Foster got married in June 2019 in London. News broke in October of the following year that they were starting a family. While Rennie is McPhee’s first child, the Grammy winner is also the father of Allison, 50, Amy, 47, Sara, 40, Erin, 38, and Jordan, 34.