Looking good and feeling better! Elliot Page showed off his abs — and first pair of swim trunks — in a new photo after coming out as transgender.

Fans and celebs were quick to share their love in the comments. 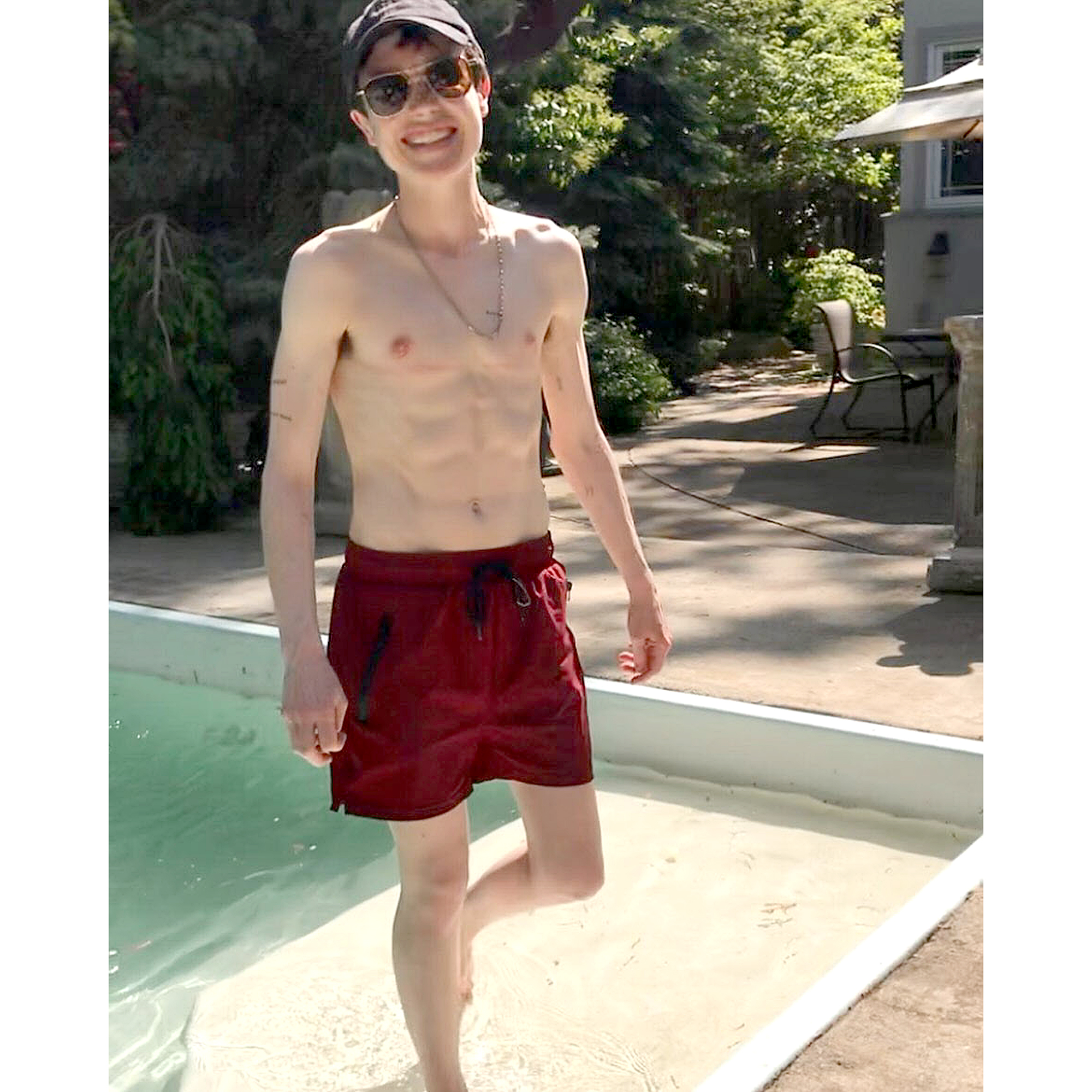 Nina Dobrev echoed the pair’s sentiments as well. “You look amazing,” she wrote. “And most of all happy.”

The Juno actor publicly addressed his identity in December 2020.

“Hi friends. I want to share with you that I am trans, my pronouns are he/they and my name is Elliot. I feel lucky to be writing this. To be here. To have arrived at this place in my life,” he wrote via Instagram at the time. “I feel overwhelming gratitude for the incredible people who have supported me along this journey. I can’t begin to express how remarkable it feels to finally love who I am enough to pursue my authentic self.”

Three months later, he revealed how top surgery “completely transformed” his life, saying in his first interview since coming out that he’d been waiting for the operation since the “total hell” of puberty.

Page noted in March that — while undergoing surgery was important to him — it’s not a necessary step in everyone’s journey. He also acknowledged the high cost associated with the surgery, admitting being able to pay for the operation was a sign of his privilege.

The following month, the Inception actor told Vanity Fair he knew he was a boy as a toddler.

“All trans people are so different, and my story’s absolutely just my story. But yes, when I was a little kid, absolutely, 100 percent, I was a boy,” he said in the April interview.

He added, “[If I could talk to myself then] I would tell myself I was exactly who I saw myself as, and felt myself as and knew myself as.”

The Canada native’s thirst trap comes shortly after Us Weekly confirmed his split from Emma Portner. Page filed for divorce from the dancer in January after three years of marriage.

“We have the utmost respect for each other and remain close friends,” they said in a joint statement at the time.