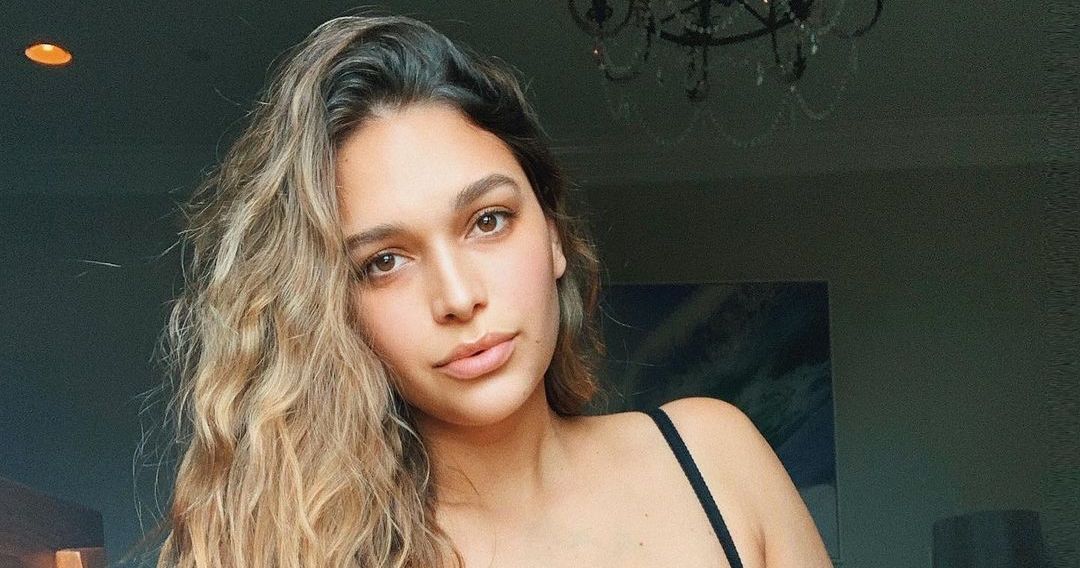 Geary and the Masked Singer judge, 43, welcomed their third child together in December 2020. The little one joined big sisters Mia, 2, and Lola, 23 months, as well as Thicke’s 10-year-old son, Julian, with ex-wife Paula Patton.

“My Luca Patrick, you are so perfect,” the California native captioned her baby boy’s Instagram debut. “Mommy and Daddy love you so much.”

Geary’s eldest daughter was immediately a big fan of Luca, she went on to write via Instagram. “I was NOT expecting her to bet his happy,” Geary wrote at the time. “She keeps saying, ‘He’s so cute,’ ‘He loves me so much,’ and ‘Can I pet him?’ She’s the best big sis.”

As for Lola, Geary shared sweet videos of the toddler babbling at her baby brother and carefully touching his head. “My heart is so full,” Geary wrote alongside the footage.

Us Weekly broke the news in September 2020 that Thicke was expecting baby No. 4. His fiancée confirmed the news the following month, showing off her bikini bump during a beach trip.

She went on to write on her Instagram Story that she and the Grammy winner were done expanding their family. “With Julian, it’ll be four total and I love even numbers,” Geary explained.

As for whether her pregnancy was planned, Geary said it wasn’t, but that she and the Canada native had “decided to roll with it.”

The couple started dating in 2014, the same year Thicke split from Patton, 45. They got engaged in December 2018. “YES YES 1000x YES,” the bride-to-be wrote via Instagram following her restaurant proposal.

The couple welcomed Mia and Lola in February 2018 and February 2019, respectively. Two months after giving birth to her second daughter, Geary showed her postpartum stomach.

“I’ve been getting a bunch of DMs saying things like, ‘How could you support abortion when you’re a mother yourself?’ so this is MY body, MY body after having an abortion in 2014, a miscarriage in 2017, delivering a baby in 2018 & 2019,” she captioned a May 2019 Instagram post. “I’m glad I was able to make decisions about MY body without facing any type of punishment.”