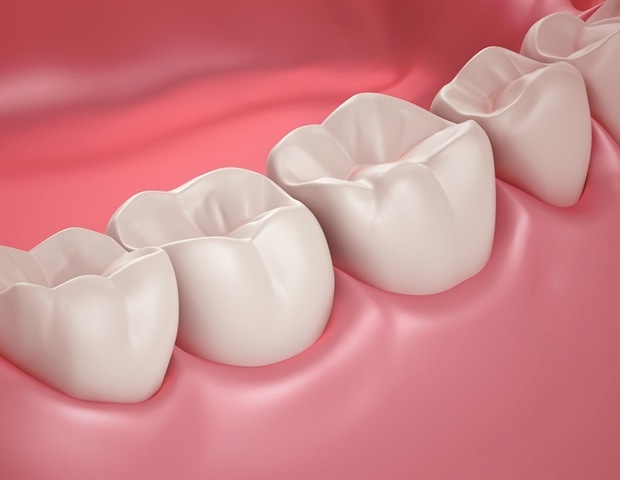 Bruxism is where a person has a tendency to clench their teeth together or grind their teeth (which means to rub the teeth back and forth over one another). (1)

Bruxism can occur whilst you are awake or asleep. The former tends to only involve clenching rather than grinding; whereas the latter can involve both. (2)

The symptoms of bruxism, particularly of nocturnal bruxism (that which occurs at night), include grinding noises. These may be commented upon by a sleeping partner or roommate. This is because the bruxist – the person with bruxism – may not realize that they grind their teeth. They may only discover that they have bruxism because their partner notices the grinding noise. (3)

Other tell-tale signs that you may have bruxism include:

In addition to these symptoms, bruxists may also develop more long-lasting problems including worn and cracked teeth. This may be repaired by dental work; however, the enamel of the teeth, which may be damaged by bruxism, cannot grow back. (3, 5)

Other long-term symptoms of bruxism include:

Bruxism may be identified by a dentist. This is because bruxism can lead to the tips of the teeth becoming flat. (7)

Bruxism may also be diagnosed based on the excessive wear and thin enamel caused by clenching and grinding of the teeth. (8)

There are several potential causes of bruxism. The main cause is thought to be due to stress or anxiety. Consequently, bruxism often affects the following types of people:

Bruxism can also be caused by an occlusal discrepancy, also known as an imperfect or abnormal bite. This is where there is a problem with the way the two sets of teeth come together. (3, 9)

Certain lifestyle choices may also affect a person’s risk of bruxism. In particular, the following people may be more likely to suffer from bruxism:-

Certain medications may also increase a person’s risk of bruxism. These include antidepressants, particularly a type called selective serotonin reuptake inhibitors (SSRI), such as paroxetine, fluoxetine and setraline. (9)

How common is bruxism?

According to the Bruxism Association, between 8 and 10% of people are affected by bruxism. Bruxism tends to occur in adults aged 25-44. (2, 12)

According to Colgate, an American personal product producer, bruxism affects somewhere between 30 and 40 million people in the United States. (13)

Treatments for bruxism include treating the symptoms and the causes of bruxism.

One way the symptoms of bruxism can be treated is by wearing a protective guard. This is like a sports mouth guard and it protects the teeth from further damage from clenching and grinding. The appliance may also reduce the noise created by grinding. (14, 15)

Other treatments for the symptoms of bruxism include visiting the dentist for any necessary dental work to repair the damage caused by bruxism. This may include crowns and root canal treatment. Bruxists may also require re-shaping work on their teeth, particularly when sensitivity has arisen from the wearing down of teeth. (15)

In addition to treating the symptoms of bruxism, it is also possible to try to treat the causes of bruxism. If bruxism is caused by stress then stress management techniques may help to treat bruxism. These include:

Medications may also be used to try to reduce bruxism, although this is not common. Ibuprofen, or other Non-steroidal anti-inflammatory drugs (NSAIDs), may be suggested to reduce any pain or inflammation which may occur due to bruxism.

Other potential medications that may be suggested include muscle relaxants and mild sleeping aids. (8, 15)

Bruxism sometimes occurs in children when they are teething. Estimates vary as to how many children bruxism affects, but it is thought to be somewhere between 15 and 33% of children.

Often the condition comes to an end when a child’s permanent teeth are fully formed.

Bruxism is also thought to occur more when children are sitting school exams. (9, 13, 16)

April graduated with a first-class honours degree in Natural Sciences from Pembroke College, University of Cambridge. During her time as Editor-in-Chief, News-Medical (2012-2017), she kickstarted the content production process and helped to grow the website readership to over 60 million visitors per year. Through interviewing global thought leaders in medicine and life sciences, including Nobel laureates, April developed a passion for neuroscience and now works at the Sainsbury Wellcome Centre for Neural Circuits and Behaviour, located within UCL.