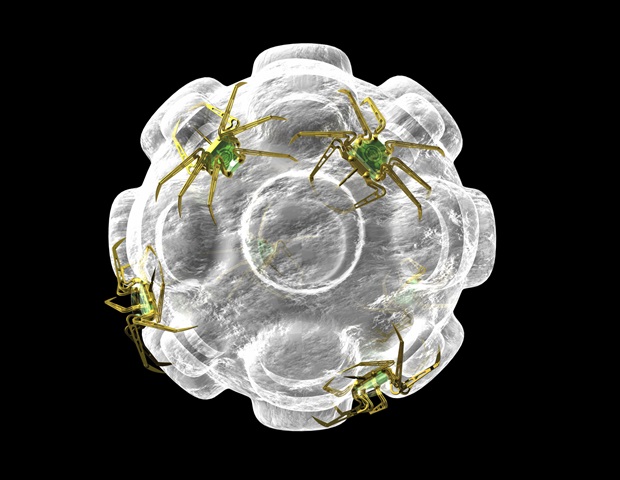 Nanoelectronic biosensors are nanostructured semiconducting materials aimed at addressing nanomolecules to facilitate appropriate solutions for biological activities at the cellular level. The past two decades have seen the emergence of research endeavors to empirically study the capability of nanoelectronic biosensors in medicine.

The emergence of nanoelectronic biosensors in current medical research was greatly influenced by research endeavors to merge electronics with medical interventions. Nowadays, there is a great need to treat medical conditions at the biomolecular and cellular levels; however, previous knowledge and techniques on medicine have been found to be inefficient in doing so. As such, machineries targeting the molecular level become a need. These bioelectronic mechanisms should offer high sensitivity to detect target molecules or minute signals, and appropriate spatial and temporal resolution for biological activities.

Nanoelectronic biosensors have an active conducting channel made up of nanostructured semiconducting (NS-SC) materials with their flow confined at the surface. Because of this, the materials become sensitive to electrical perturbations that occur during electrogenic biological activities or upon the interaction of biomolecules near the surface. The nanoscale dimensions of NS-SC materials are able to interact easily with the biomolecules because of their similar sizes.

How do Nanoelectronic Biosensors Work?

Nanoelectronic biosensors rely on the conductive properties of its material composition and their ability to send electric signals to a remote device. To ensure the efficiency of the sensor, nanowires with high conductivity are used. However, researchers in bioengineering and nanotechnology companies are striving to develop new nanoelectronic biosensors composed of a variety of material alternatives.

Nanoelectronic biosensors are administered by doctors to patients who are at risk for a particular disease. The sensor then relay signals and health status readings based on cellular activity. In doing so, the physician is easily able to monitor vital signs and symptoms which allow them to gain in-depth knowledge about the disease progression. Physicians are also be able to identify the location of diseases or malignant cell growths. Because of this, nanoelectronic biosensors could be used early on in accurately diagnosing patients, especially when the patient’s symptomatology leads to various diagnostic possibilities.

A variety of materials with specific configurations and sensing mechanisms could be used in the development of nanoelectronic biosensors. This paves the way for a large selection of biosensing targets and chemistries for biofunctionalization.

Nanoelectronic biosensors have been found to be effective primarily in detecting the presence of molecular and cellular functions at low levels of concentration. The detection of viruses and development of DNA-hybridization kinetics have also been made possible through emerging innovations in the field.

Nanoelectronic biosensors are also hypothesized to improve and revolutionize the current state of point-of-care medical diagnoses by allowing sensing mechanisms that are based on direct current conductance and ionic screening effects. Recent evidences have shown that the use of nanoelectronic biosensors in such manner positively affects the patients with medical conditions.