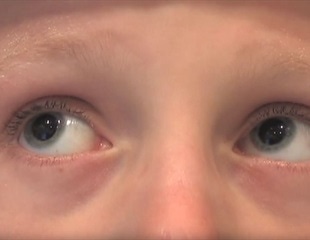 The condition called Leber Congenital Amaurosis (LCA) is an inherited one, caused by the transmission of two copies of a defective or mutated gene, one from each parent, which results in abnormal retinal development and significant or total impairment of its function. The loss of vision results in visual acuity of 20/400 or less.

The clinical criteria first established by Leber have changed somewhat since LCA was first described in 1869. The most useful features are given below:

Other slightly less common features include:

Evaluation of the Retina

While the condition results in an almost uniform loss of useful vision, the retina shows very different appearances in different patients. Many have no obvious pathology, or only very slight changes such as increased granularity of the retinal pigment epithelium, attenuated retinal vessels or atrophy of the macula. The lesion in the macula is noticeable because of the clear borders and is also called a macular coloboma. It is more common if the gene mutation in NMNAT1 is present.

Later on, pigmentary disturbances are seen to appear, closely resembling retinitis pigmentosa. In patients with a mutation in the CRB1 gene, an appearance called the preserved para-arteriolar retinal pigment epithelium (PPRPE) is observed. On the other hand, in the RPE65-associated syndrome the retinal pigment epithelium appears translucent, the retina has white dots and the maculopathy has a star-shaped abnormality.

The electroretinogram or ERG is a test which assesses the electrical activity originating in the photoreceptor cells of the retina, by the conversion of light energy into electrical nerve impulses to be transmitted to the brain. In LCA, the ERG is typically nondetectable or if present, is badly impaired.

While the diagnosis of LCA is based on the clinical features, genetic testing for known variants is important in establishing the condition and for giving appropriate genetic counseling to the family members. At least 22 different genes have disease-causing variants or alleles associated with LCA. These include GUCY2D, RPE65, SPATA7, AIPL1, LCA5, RPGRIP1, CRX, and CRB1 among many others. All known LCA alleles account for only half the cases diagnosed, however, so that many more are likely to be identified in the future.

Various methods of genetic testing are used, depending on the pathogenic variant identified. They include sequence analysis, deletion/duplication analysis, targeted analysis, whole genome analysis and so on. Hanein et al have set forth a possible genotype-phenotype analysis chart using clinical features (such as photophobia, hyperopia, retinal findings, visual acuity and night blindness) and may offer help in choosing which genes should be tested for and in which order, in each patient, thus making the process more cost-effective and increasing the yield. Various multi-gene panels are also being made available.

Family members of a patient with LCA may be offered genetic testing to identify carriers provided the mutated alleles present in the family are already known. In babies conceived to carrier couples, prenatal diagnosis may be offered under the same conditions, but the usefulness is in doubt given the lack of any proven treatment strategy for affected fetuses.