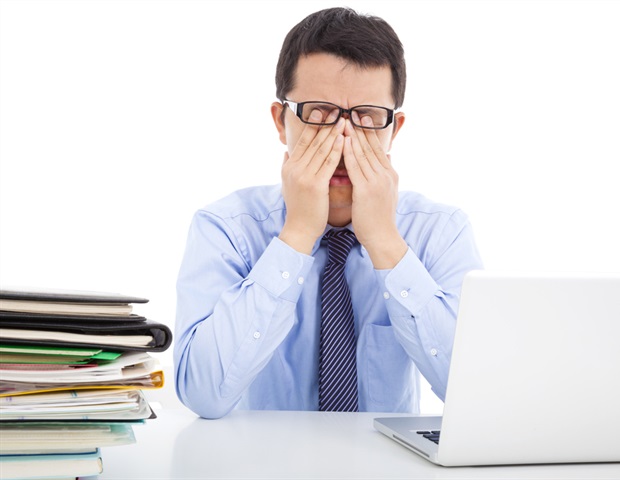 Repetitive strain injury (RSI) is most commonly related to the overuse and strain on the muscles, tendons and soft tissues of the upper part of the body like the wrists, forearms, shoulders, elbows, back or neck. (1-6)

Mechanism that leads to RSI

The actual underlying mechanism that leads to inflammation is not clear.

Factors that lead to RSI

Common factors that lead to RSI deep within the muscles and tendons include:

Activities that raise the risk of RSI

Activities that can raise the risk of RSI include:

Working in cold climates, with instruments that vibrate and stress also raises the risk of RSI.

Other factors are too fast or excessive workloads, long hours and lack of rest in between.

When does RSI occur?

Commonly the affected persons are unable to pin point the exact time when their condition began. This makes RSI different from an acute or sudden injury to a muscle or tendon due to an accident.

The inflammation affects the lining around tendons that hurts when the wrist and fingers are straightened or bent but usually not when they are at a neutral position.

Jobs commonly associated with RSI include:

Risk of RSI thus can be classified as awkward or static posture, force, repetition of movements, and vibration.

An awkward posture occurs when the body remains at a position different from its neutral position. This includes:

When the body is in a neutral position there is maximum work efficiency with the least amount of energy use. Static posture refers to being in the same position neutral or awkward for long periods of time.

Continuous use of the same set of muscles cause them to develop fatigue. Examples are constant standing, or twisting the neck to see a poorly placed computer monitor. Prolonged static phase of muscles leads to affected blood supply to the muscles and RSI.

All work requires force. However, if the force required to perform the activity overloads the muscles, joints, tendons etc. there may be excessive strain on the tissues leading to RSI.

This could be due to reaching more than an arm’s reach, handling heavy objects, improper or tight gripping or high amounts of force applied over a small area leading to pressure points.

Excessive force, like repetitive movements does not allow time for the muscles to fully recover between movements.

These are dangerous when they use the same joints and muscle groups over and over. This leads to muscle fatigue that is unable to rest in between two movements. Eventually, it takes more effort to perform the same actions.