Why absence could make your heart go longer: As Britain sees a gradual shift towards so-called remote medicine, we take a look at the inventions that are changing the face of cardiac care

A doctor monitoring your health without even setting eyes on you used to be the stuff of science fiction.

But thanks to modern technology, Britain is seeing a gradual shift towards so-called remote medicine, where patients are supervised round the clock by high-tech implants or devices while at home.

Complex tests and check-ups that once required bulky hospital equipment are now performed without the patient needing to step outside their front door — with the results transmitted via smartphone technology straight to their doctor’s computer.

There may be caveats if the device needs to be surgically implanted, as this carries a chance, albeit low, of triggering life-threatening infections. 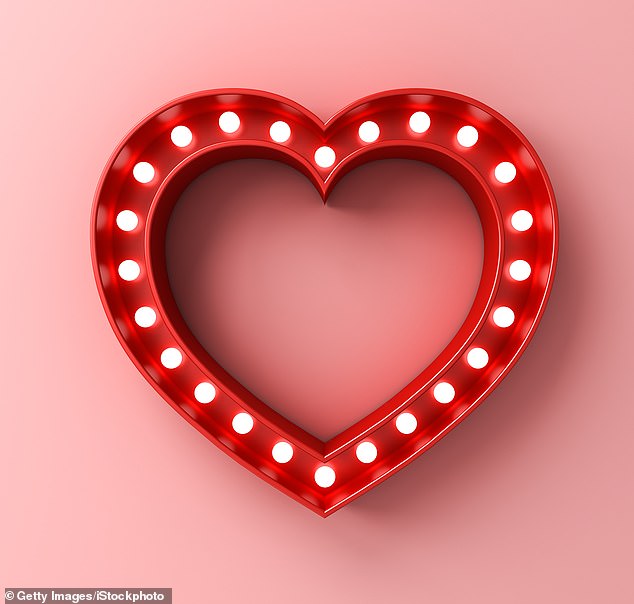 A 2015 study suggested that faulty heart implants could be responsible for up to 2,000 deaths a year in the UK, although this has been strongly disputed by the British Heart Foundation. (Stock image)

Some implantable devices have also been known to go wrong.

A 2015 study suggested that faulty heart implants — including pacemakers — could be responsible for up to 2,000 deaths a year in the UK, although this has been strongly disputed by the British Heart Foundation, which insists the devices have a good safety record.

‘The pandemic has highlighted how convenient it is, and now it’s here to stay,’ he adds.

Here, we take a look at the inventions that are changing the face of cardiac care, one of the areas where this advance has been the most rapid.

NECKLACE TO DETECT A HEART ‘FLUTTER’

A high-tech pendant could make it easier to diagnose atrial fibrillation (AF), an irregular or ‘fluttering’ heartbeat, which affects around a million people in the UK.

Often triggered by high blood pressure, AF causes the heart’s electrical activity to go haywire, increasing the risk of a stroke. But patients can go days or weeks without an abnormal rhythm, making the condition hard to spot during a brief hospital visit.

The pendant, which is the brainchild of scientists at the University of Eastern Finland, is only the size of a 5p piece and can carry out pared down electrocardiograms (ECGs) — the measure of the heart’s electrical activity which is used in hospitals to diagnose AF.

Worn on a discreet silver chain, it contains an electrode, a recording device and a computer chip, which are all wirelessly connected to an app on the patient’s smartphone.

Pressed firmly against the chest for 30 seconds, it instantly transmits a read-out of the heart’s electrical activity via the app to the patient’s cardiologist. Readings should be taken several times a day.

Results of a study of 145 adults, presented at a European cardiology congress in May, showed that the gadget was as good at diagnosing AF as hospital-based ECGs. Larger trials are now planned.

‘I use devices like this a lot,’ says Richard Schilling, a professor of cardiology at Barts Health NHS Trust in London. ‘This kind of patient-performed ECG has transformed the diagnosis of some conditions.’

CHECK YOUR TICKER FROM THE INSIDE

Getting a heart check usually means doctors attaching equipment to the outside of your body.

Now, an implant that does the tests from the inside — without the need for a medic even to be present — is undergoing trials at Queen Elizabeth Hospital in Birmingham and London’s Hammersmith Hospital.

The V-lap microcomputer monitors patients with heart failure, which is where the heart, weakened after a heart attack or by a condition such as untreated high blood pressure, is unable to pump sufficient blood around the body to deliver the oxygen vital organs need.

Treatment for the 1.3 million Britons with heart failure usually starts with drugs to lower blood pressure and reduce water retention, a common symptom.

This new implant, which is inserted into the left atrium — one of the heart’s two upper chambers — during an hour-long keyhole operation, senses changes in blood pressure which are a sign of further deterioration of the organ.

Transmitted to a patient’s cardiologist twice a day, the data can give several weeks’ notice that heart function is deteriorating — enough time to increase drug dosage and stave off greater damage.

Professor Francisco Leyva-Leon, a cardiologist trialling the implant in Birmingham, says: ‘The benefits could be huge. In my hospital alone we admit more than 1,000 patients a year with heart failure.’

Home blood pressure monitoring is nothing new. But devices are fairly cumbersome, involving wearing a ‘sleeve’ that wraps round the upper arm, just like the one in a GP surgery.

That could be about to change, thanks to Japanese scientists working out how to shrink the key components of the equipment into a wristwatch.

HeartGuide, which can also be used as a normal watch, has a built-in cuff under the strap that inflates around the wrist when the patient presses the watch face.

Daily readings are beamed wirelessly to a smartphone app that shares the data with doctors, who then decide if the patient’s medication needs altering — without needing a consultation.

‘This smart watch is an interesting idea,’ says Professor Martin Cowie. ‘But it is important to remember blood pressure goes up and down in response to activity or sleep. The patient would need to take a large number of readings.’

PACEMAKER THAT TALKS TO YOUR GP

Pacemakers have been around for more than half a century, but a new generation of miniature implants are capable of much more than just regulating the heart — they can also communicate with doctors remotely.

The aloe vera plant is often found in tropical climates

The use of aloe vera, a plant often found in tropical climates, dates back to Ancient Egyptian times.

It is well known as a home remedy for scrapes and burns due to its anti-inflammatory properties.

The juice, derived from the inner lining of its leaves, has also been found to soothe acid reflux. A study in the Journal of Traditional Chinese Medicine showed purified aloe vera juice improved reflux symptoms as well as, and in some cases better than, traditional medications — possibly because it reduces acid production.

Pregnant women and those with diabetes are advised against taking aloe vera juice, as it may cause uterine contractions and affect blood sugar levels.

Anyone using prescribed medicines for reflux should also consult their doctor before stopping their treatment regimen in favour of aloe vera, or adding the juice to it.

Pacemakers are matchbox-sized gadgets used to treat a range of conditions that affect the heart —from children born with cardiac defects to adults with AF. Implanted in the chest, they send electrical pulses to the heart to keep it beating regularly.

Older devices store readings on built-in microchips which can only be accessed by visiting a hospital up to four times a year to have them downloaded. But now doctors can gather the data without the patient needing to leave their home.

Modern pacemakers have a transmitter that ‘talks’ to a mobile-phone sized monitor. It uses an internet connection to send encrypted data straight to the doctor’s computer.

‘It means we can screen them on a regular basis and only need to call them in for a consultation if there is a potential problem.’

A stick-on chest patch called Zio that you can even wear in the shower is increasingly being used to diagnose irregular heart rhythms without going to hospital.

The matchbox-sized patch has built-in electrodes and a recording device to pick up the heart’s electrical activity as the patient goes about their day.

Made from waterproof plastic, the patient wears it on their upper chest for up to two weeks to record their heart’s activity, before sending it back to the supplier, Surrey-based firm iRhythm.

The company uses the results to compile a report for the patient’s doctor.

The cost to the NHS is £800 per patch, including the analysis and the report provided for GPs.

‘Devices like the Zio skin patch are easier to wear than monitors during exercise and may even perform better,’ says Dr Sarah Clarke, a cardiologist at the Royal Papworth Hospital in Cambridge.

Previous post Is this the answer for threatening allergic reactions? 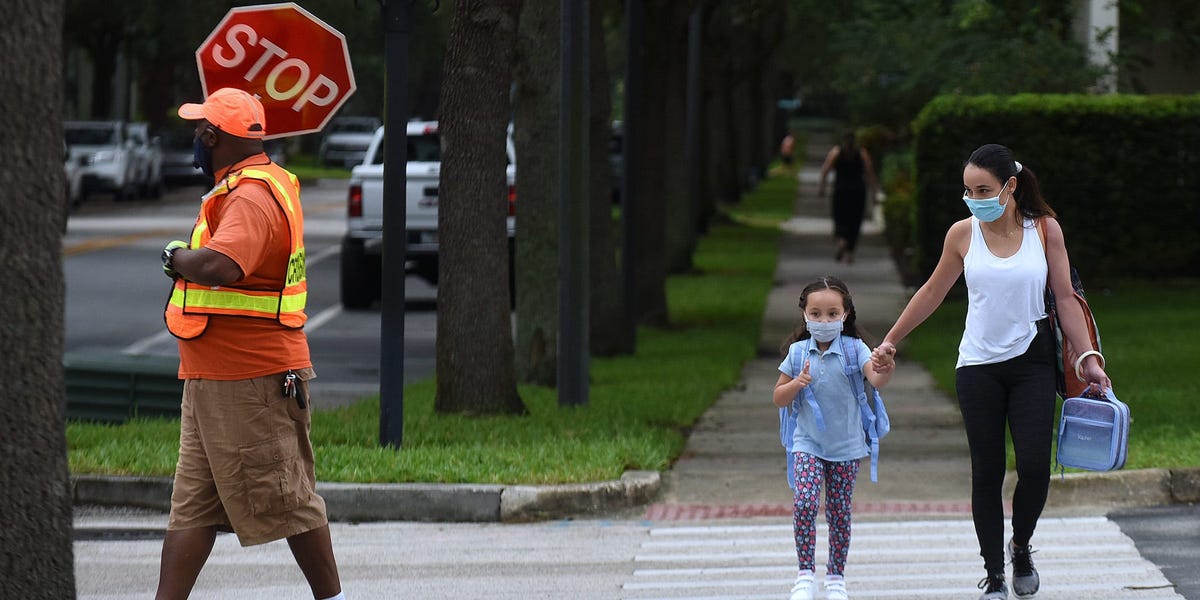