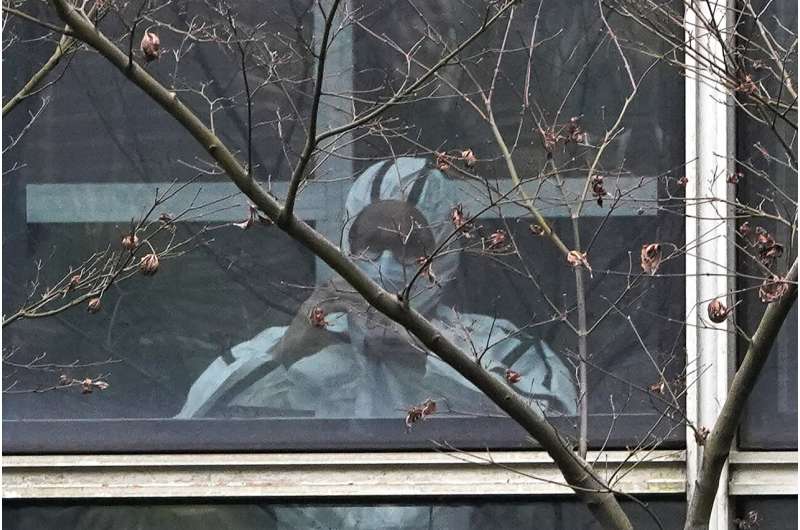 A joint WHO-China study on the origins of COVID-19 says that transmission of the virus from bats to humans through another animal is the most likely scenario and that a lab leak is “extremely unlikely,” according to a draft copy obtained by The Associated Press.

The findings were largely as expected and left many questions unanswered, but the report provided in-depth detail on the reasoning behind the team’s conclusions. The researchers proposed further research in every area except the lab leak hypothesis.

The report’s release has been repeatedly delayed, raising questions about whether the Chinese side was trying to skew the conclusions to prevent blame for the pandemic falling on China. A World Health Organization official said late last week that he expected it would be ready for release “in the next few days.”

The AP received what appeared to be a near-final version on Monday from a Geneva-based diplomat from a WHO-member country. It wasn’t clear whether the report might still be changed prior to its release. The diplomat did not want to be identified because they were not authorized to release it ahead of publication.

The researchers listed four scenarios in order of likelihood for the emergence of the virus named SARS-CoV-2. Topping the list was transmission through a second animal, which they said was likely to very likely. They evaluated direct spread from bats to humans as likely, and said that spread through “cold-chain” food products was possible but not likely. 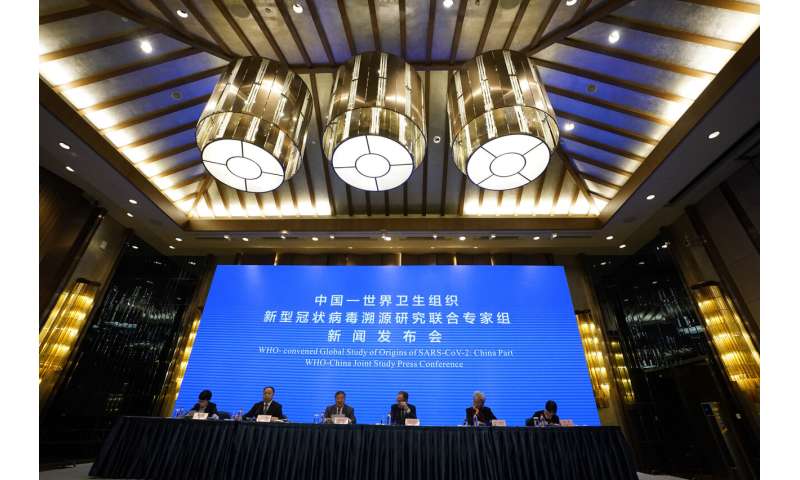 The closest relative of the virus that causes COVID-19 has been found in bats, which are known to carry coronaviruses. However, the report says that “the evolutionary distance between these bat viruses and SARS-CoV-2 is estimated to be several decades, suggesting a missing link.”

It said highly similar viruses have been found in pangolins, but also noted that mink and cats are susceptible to the COVID virus, which suggests they could be carriers.

The report is based largely on a visit by a WHO team of international experts to Wuhan, the Chinese city where COVID-19 was first detected, from mid-January to mid-February.

Peter Ben Embarek, the WHO expert who led the Wuhan mission, said Friday that the report had been finalized and was being fact-checked and translated.

“I expect that in the next few days, that whole process will be completed and we will be able to release it publicly,” he said. 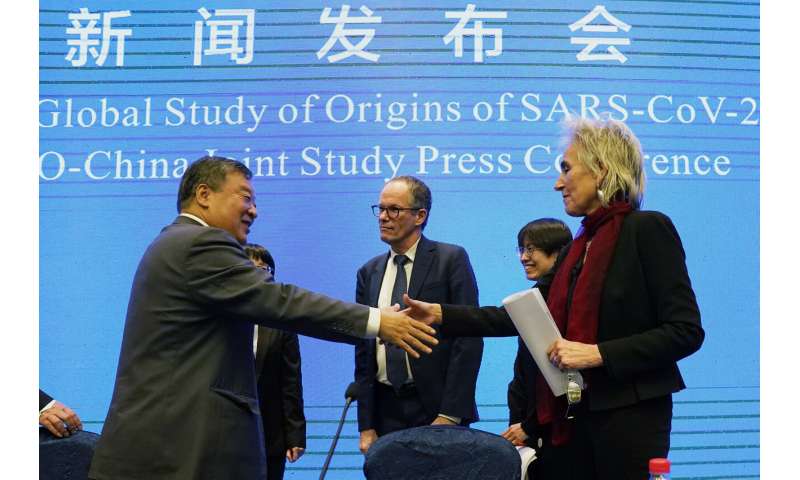 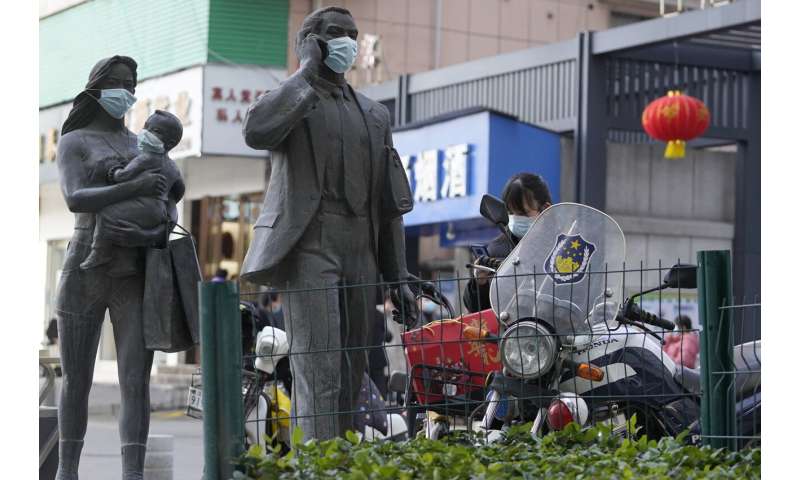 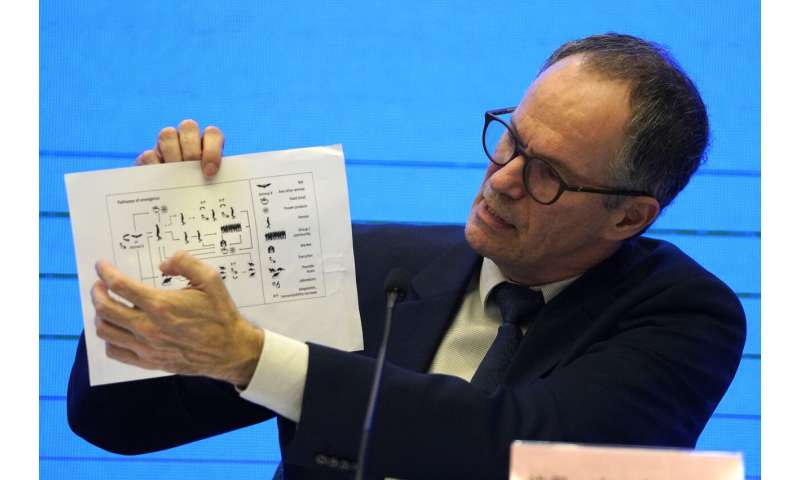 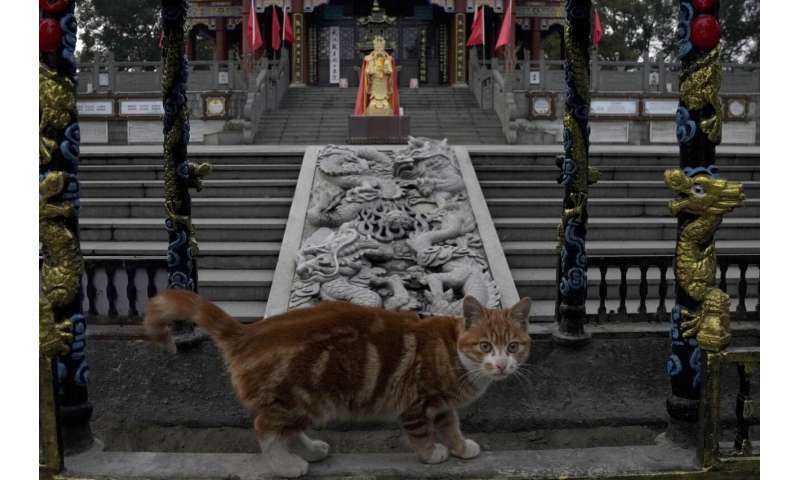 The draft report is inconclusive on whether the outbreak started at a Wuhan seafood market that had one of the earliest clusters of cases in December 2019.

The discovery of other cases before the Huanan market outbreak suggests it may have started elsewhere. But the report notes there could have been milder cases that went undetected and that could be a link between the market and earlier cases.

“No firm conclusion therefore about the role of the Huanan market in the origin of the outbreak, or how the infection was introduced into the market, can currently be drawn,” the report says.

As the pandemic spread globally, China found samples of the virus on the packaging of frozen food coming into the country and, in some cases, have tracked localized outbreaks to them.

The report said that the cold chain, as it is known, can be a driver of long-distance virus spread but was skeptical it could have triggered the outbreak. The report says the risk is lower than through human-to-human respiratory infection, and most experts agree. 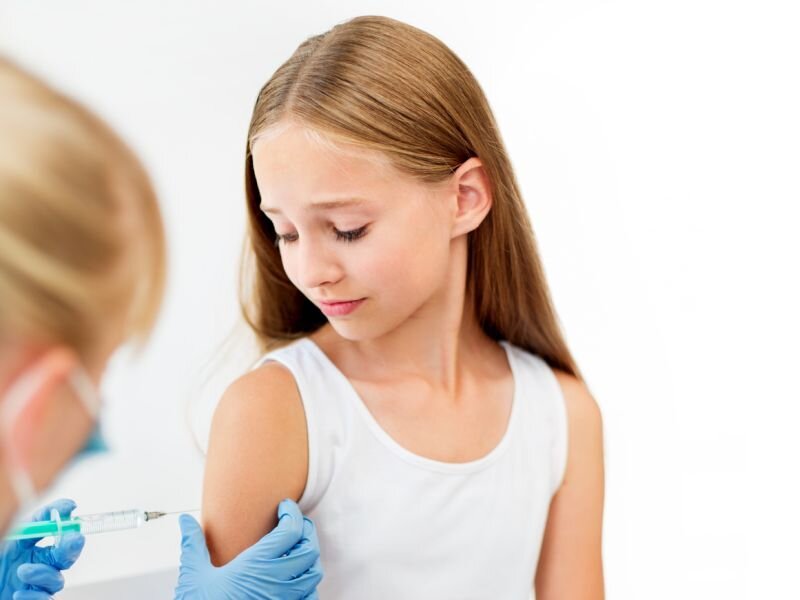 Previous post HPV infections are plummeting due to widespread vaccination