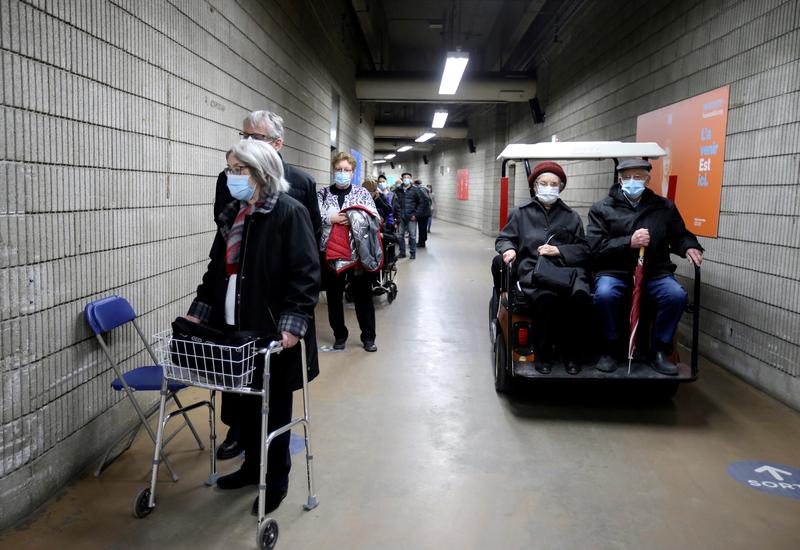 (Reuters) – Here’s what you need to know about the coronavirus right now:

Austria broke ranks with the European Union on Tuesday and said it would work together with Israel and Denmark to produce second-generation vaccines against coronavirus mutations.

The announcement is a rebuke to the EU’s joint vaccine procurement programme for member states which has been criticised for being slow to agree deals with manufacturers.

Production problems and supply chain bottlenecks have also slowed deliveries to the bloc, delaying the roll-out of vaccines.

Turkish restaurants reopened and many children returned to school on Tuesday after the government announced steps to ease curbs even as cases edged higher, raising concerns in the top medical association.

On Monday evening, President Tayyip Erdogan lifted weekend lockdowns in low- and medium-risk cities and limited lockdowns to Sundays in those deemed higher risk under what he called a “controlled normalisation”.

Cafe and restaurant owners, limited to takeaway service for much of last year, have long urged a reopening of in-house dining after sector revenues dropped.

France will retain its current measures aimed at curbing the spread of COVID-19, including a curfew at night, as a bare minimum for the next four to six weeks, its health minister said on Monday.

Other measures now in force include the closure of bars, restaurants and museums and the minister, Olivier Veran, said he hoped France would not have to go beyond those measures to rein in the disease.

Prime Minister Jean Castex said last week a new lockdown was not on the agenda but that the government would assess this week whether local weekend lockdowns might be needed in 20 areas considered very worrying, including Paris and the surrounding region.

He warned that shifting to a single-dose strategy for the vaccines could leave people less protected, enable variants to spread and possibly boost skepticism among Americans already hesitant to get the shots.

The drug hydroxychloroquine, once touted by former U.S. President Donald Trump as a pandemic “game-changer”, should not be used to prevent COVID-19 and has no meaningful effect on patients already infected, a World Health Organization expert panel said on Tuesday.

“The panel considers that this drug is no longer a research priority and that resources should rather be oriented to evaluate other more promising drugs to prevent COVID-19,” they wrote in the BMJ British medical journal.

This “strong recommendation”, the experts said, is based on high-certainty evidence from six randomised controlled trials involving more than 6,000 participants both with and without known exposure to COVID-19.