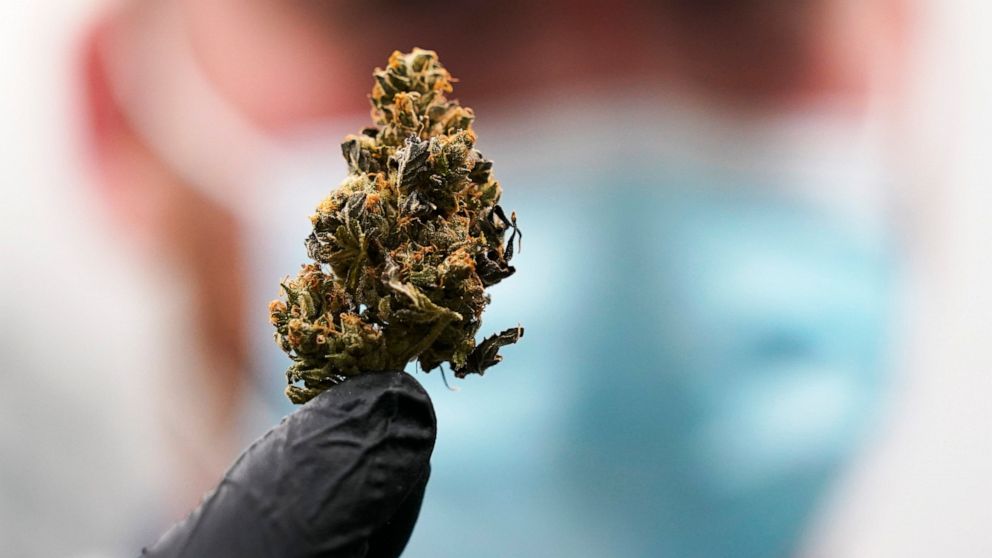 RICHMOND, Va. — Virginia’s road to legalizing simple possession of marijuana has had some twists and turns, so it’s not surprising that advocacy groups have been flooded with calls from people trying to understand exactly what will be allowed under state law as of July 1.

Legislators initially voted in February to legalize possession of up to an ounce of marijuana for adult recreational use, but not until 2024, when retail sales would begin. An outcry ensued over the three-year wait before ending pot possession penalties, so in April they voted to move up legalization to this July 1.

Adding to the confusion: lawmakers included a “reenactment clause,” which means the General Assembly will have to vote again next year on major portions of the law, mainly to establish a regulatory framework for the legal marijuana marketplace.

The process has resulted in some contradictions that may not get resolved until years after legalization begins.

Sen. Adam Ebbin, one of the lead sponsors, said people need to understand the law’s limits for now. Possession of up to one ounce (28.3 grams) with no intent to distribute will become legal for adults, 21 and older. Adults will also be allowed to grow up to four marijuana plants per household. But not much else will change.

“People still need to be careful — this is not an official open marijuana market,” Ebbin said.

Virginia is joining 17 other states with laws allowing adults to possess and consume marijuana. In each one, laws have legalized simple possession before establishing a legal marketplace for buying and selling marijuana, said Jenn Michelle Pedini, the development director for the National Organization for the Reform of Marijuana Laws.

Under Virginia’s law, buying and selling marijuana will remain illegal until Jan. 1, 2024, when retail sales are expected to begin. Smoking marijuana in public also remains against the law.

Pedini, who is also the executive director of Virginia NORML, said the organization fields questions every day from people who are surprised to learn that selling pot won’t be allowed for another three years.

“The only legal sale of cannabis in Virginia is through the medical (marijuana) program,” Pedini said.

Although people can legally cultivate marijuana plants beginning July 1, it will still be illegal for anyone to buy cannabis seeds or cuttings needed to grow those plants. That’s one of the contradictions bothering Republican Sen. Ryan McDougle, who voted against the legislation.

“The biggest inconsistency is you cannot legally buy marijuana for recreational use in the commonwealth of Virginia,” McDougle said.

“Under federal rules you can’t transport it (into Virginia), but if you have it, you can possess up to one ounce of it in Virginia. How you get that is the inconsistency. You can’t legally get it, but you can possess it,” he said.

In the original bill, both possession and sales of marijuana would have been legalized in 2024. But many social justice advocates pushed to immediately end the disparate treatment of people of color under existing marijuana laws.

“We want to do this the right way, and what that means is ending the disparate enforcement, which is going to make a huge change in the lives of thousands of Virginians,” said Alena Yarmosky, Gov. Ralph Northam’s spokeswoman. She said the administration also recognizes the “reality” that “people have marijuana now,” even though it is illegal in Virginia.

According to New Frontier Data’s U.S. Cannabis Report, Virginia had the fourth-largest illicit market last year, encompassing about $1.8 billion, or 3%, of an estimated $60 billion in total illicit sales nationwide.

“Because marijuana remains illegal at the federal level and because Virginia needs time to stand-up the regulatory structure for safe sales, it will not be legal to sell seeds or other marijuana until 2024,” Yarmosky said.

People will be allowed to share small amounts of seeds with one another, but they can’t sell them.

“The primary objective of legalization is to reduce criminalization and then to regulate safe legal access, so we’re checking one box, but we’re not checking the other this year,” Pedini said.

Pedini said may states have expedited adult access to marijuana through their medical marijuana dispensaries, something advocates hope Virginia lawmakers will vote to do in 2022. “Most people aren’t going to grow cannabis, but most people who will want to participate in the adult use market will prefer to do so through a legal avenue,” she said.