Two American companies expect to apply for emergency approval for their COVID-19 vaccines by late November, welcome news as the US hits a third surge of its coronavirus epidemic and approaches its eight millionth case.

Pfizer said Friday it hopes to move ahead with its vaccine after safety data is available in the third week of November, a couple of weeks after the November 3 presidential election.

The announcement means the United States could have two vaccines ready by the end of the year, with Massachusetts biotech firm Moderna aiming for November 25 to seek authorization.

“So let me be clear, assuming positive data, Pfizer will apply for Emergency Authorization Use in the US soon after the safety milestone is achieved in the third week of November,” the company’s chairman and CEO Albert Bourla said in an open letter. The news lifted the company’s shares two percent in the US.

But experts warn that even when vaccines are approved, it will take many months until they are widely available.

In any case, they are unlikely to be a good substitute for mask wearing, social distancing and other recommended behavior to curb transmission because we don’t know how effective they will be.

After falling numbers throughout the summer, the country hit an inflection point in its coronavirus outbreak around the second week of September—with a new daily case average of more than 50,000 according to the latest figures, and the trajectory is upward.

With a shade under eight million confirmed infections and more than 217,000 deaths, America is the hardest-hit country in the world.

The US never came close to returning to its baseline after its first wave in spring, meaning the current spike can be more accurately termed a third surge.

Geographically, the major hotspots are in the Upper Midwest and parts of the Rocky Mountains in the west, while parts of the Northeast that were hit hard in spring are seeing their outbreaks starting to rekindle.

Harvard surgeon and health policy researcher Thomas Tsai told AFP there were multiple factors behind the rising cases—from under testing in the Midwest to authorities failing to monitor the reopening of bars and restaurants and dialing back when necessary.

What’s more, “from the contact tracing reports from various municipalities and states, the worry is that the spread is driven now, by indoor social gatherings in people’s homes,” he added, as the focus of social life shifts from public to private spaces in the colder weather.

One bright sign is that COVID-19 treatments have improved markedly, and since the cases are more spread out than before, hospitals aren’t being overwhelmed.

Widespread mask use might also mean that when people do get infected, they have less virus in their body which makes them less sick.

While vaccines are a crucial tool against the virus, experts have warned they can’t be a substitute for behavioral measures like masks and distancing.

“It’s welcome news that there will be one more thing that can help prevent COVID transmission,” said Priya Sampathkumar, an infectious disease doctor and professor at Mayo Clinic.

“But I think we need to be cautious and understand that a vaccine isn’t a magic bullet,” she added.

Pfizer and Moderna, both funded by the US government, launched Phase 3 of their clinical trials at the end of July, and both were producing their doses at the same time.

They aim to deliver tens of millions of doses in the US by the end of the year.

Both are “mRNA vaccines,” an experimental new platform that has never before been fully approved.

They both inject people with the genetic material necessary to grow the “spike protein” of SARS-CoV-2 inside their own cells, thus eliciting an immune response the body will remember when it encounters the real virus.

This effectively turns a person’s own body into a vaccine factory, avoiding the costly and difficult processes that more traditional vaccine production requires. 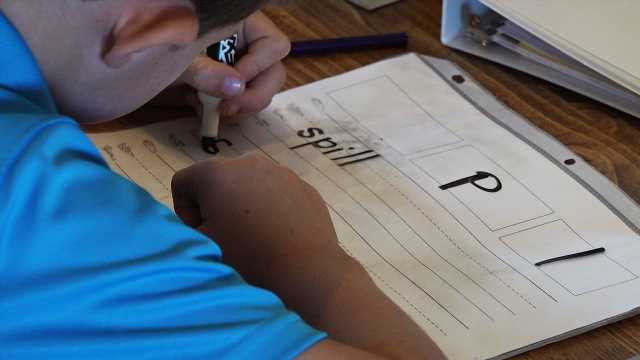