Researchers in the United States have conducted a pre-clinical study demonstrating the efficacy of two updated versions of the Moderna mRNA-1273 vaccine against variants of severe acute respiratory syndrome coronavirus 2 – the agent that causes coronavirus disease 2019 (COVID-19). 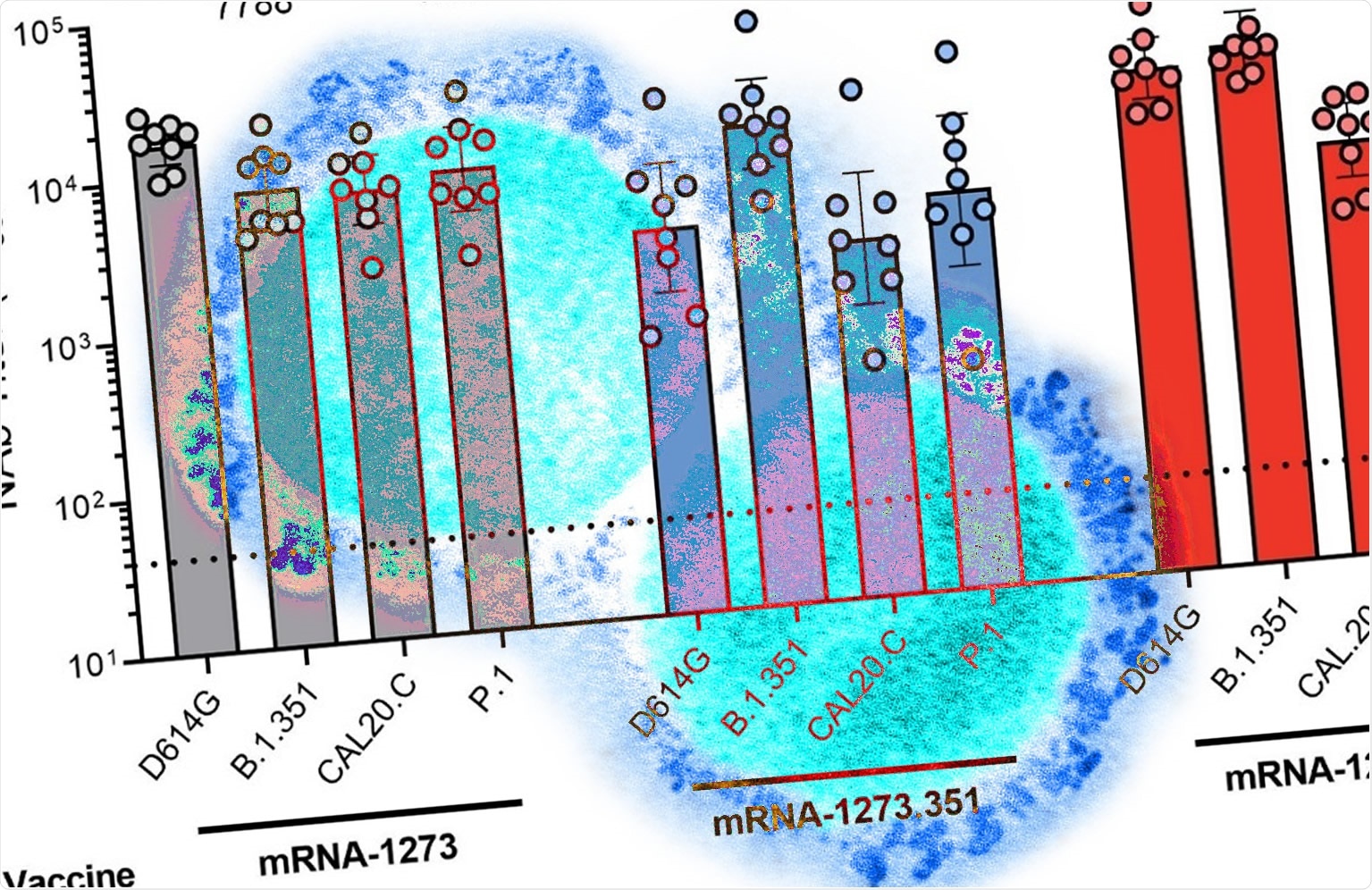 The updated vaccine candidates include the monovalent mRNA-1273.351, which is designed to target the B.1.351 variant that emerged in South Africa, and the multivalent mRNA1273.211, which comprises a mixture of the original mRNA-1273 vaccine and mRNA-1273.351.

The vaccines were evaluated in mice as both a primary vaccination series and as a booster dose among animals that had previously been immunized with two doses of mRNA-1273.

The team reports that while the mRNA-1273.351 vaccine elicited high levels of neutralizing antibody titers against B.1.351, the multivalent mRNA-1273.211 was most effective at providing broad cross-variant neutralization.

In addition, a booster dose of mRNA-1273.351 dramatically increased neutralization titers against both wild-type SARS-CoV-2 and the B.1.351 variant.

“Both mRNA-1273.351 and mRNA-1273.211 are currently being evaluated in additional pre-clinical challenge models and in phase 1/2 clinical studies,” says the team from Moderna Inc and the National Institute of Allergy and Infectious Diseases.

Global surveillance for the emergence of further variants of concern (VOCs) is also ongoing, as are efforts to test the ability of mRNA-1273 to neutralize VOCs.

“If additional variants emerge that reduce the neutralization capacity of mRNA-1273 further, additional mRNA vaccine designs may be developed and evaluated,” writes Kai Wu and colleagues.

A pre-print version of the research paper is available on the bioRxiv* server, while the article undergoes peer review. 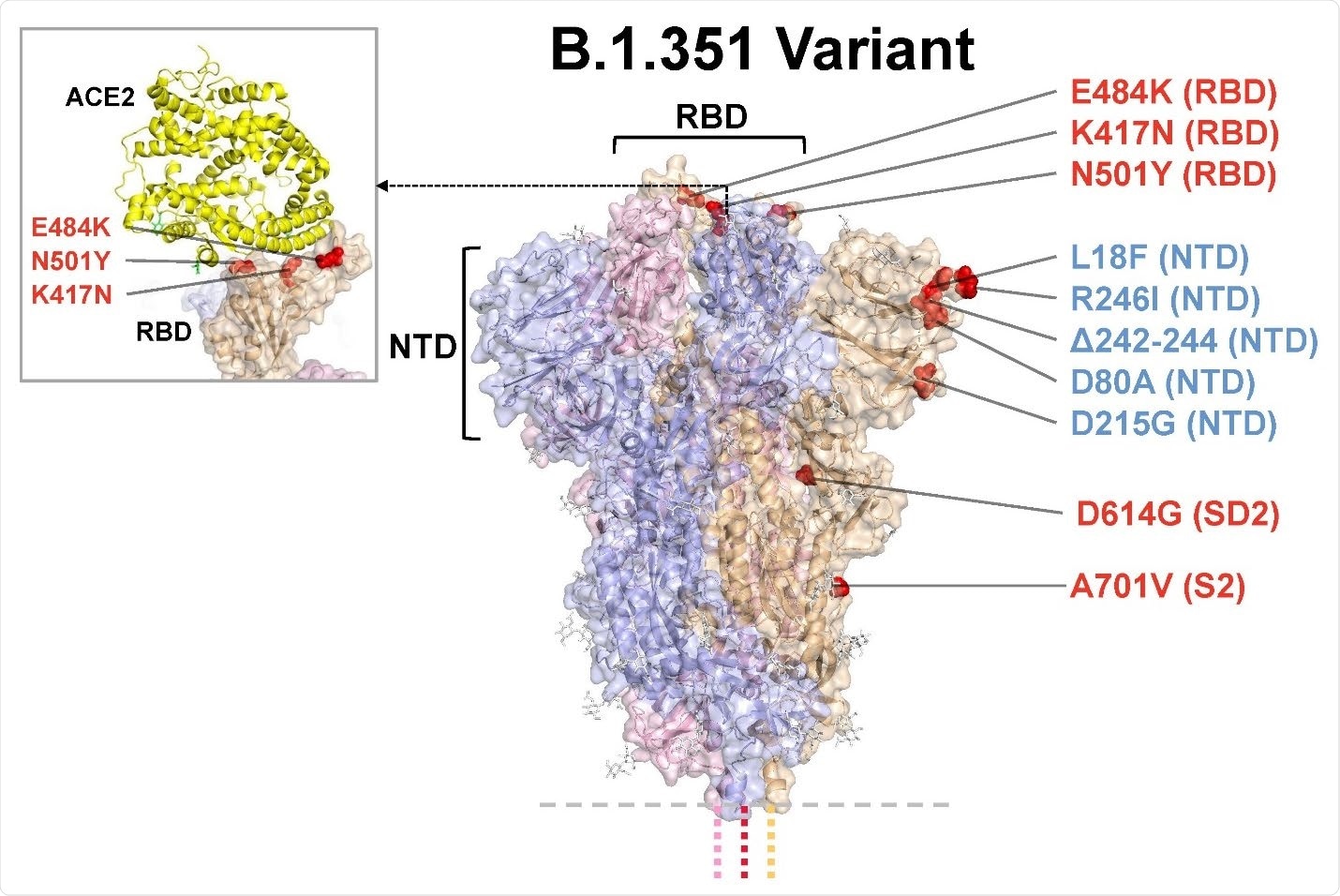 The emergence of SARS-CoV-2 variants has raised concerns that the virus may have evolved the ability to escape vaccine-induced immunity. Several variants have demonstrated resistance to neutralization by vaccinated sera, particularly the South African B.1.351 lineage that was first identified in December 2020.

The initial stage of the SARS-CoV-2 infection process is mediated by the viral spike protein, which attaches to the host cell receptor via its receptor-binding domain (RBD). This spike RBD is the primary target of the neutralizing antibodies that are generated following infection or vaccination. A neutralization “supersite” has also been identified in the N-terminal domain (NTD) of the spike protein.

Studies have shown that several recently emerged SARS-CoV-2 variants harbor mutations in the RBD and NTD of spike that may confer resistance to vaccine-induced neutralization activity.

“Importantly, mutations in the NTD domain, and specifically the neutralization supersite, are extensive in the B.1.351 lineage virus,” says Wu and colleagues.

Now, Wu and colleagues have evaluated the efficacy of two updated vaccines.

The vaccines were administered in mice as a two-dose primary series and their immunogenicity against D614G and B.1.351 pseudoviruses was evaluated 2 weeks following the first and second immunizations.

The mRNA-1273.351 vaccine was also evaluated as a booster dose in animals that had previously received two doses of mRNA-1273.

What did the study find?

Vaccine mRNA-1273.351 elicited approximately 4-fold higher neutralization titers against B.1.351 than against D614G.

Vaccine mRNA-1273.211, on the other hand, elicited robust neutralization responses against both D614G and B.1.351, with no significant difference observed in neutralization titers.

“Thus, as a primary vaccination series, a multivalent approach appears most effective in broadening immune responses,” says the team.

Next, the researchers tested the ability of mRNA-1273.351 to serve as a booster shot for neutralization against both D614G and B.1.351.

Mice were injected with mRNA-1273 on days 1 and 22 and then evaluated for antibody responses over the course of 7 months before being vaccinated a third time with mRNA-1273.351.

“mRNA-1273.351 is an effective third (booster) dose in animals previously vaccinated with a primary vaccination series of mRNA-1273,” says Wu and the team.

The team says the mRNA platform approach against SARS-CoV-2 VOCs has now been demonstrated in mice to effectively broaden neutralization across variants and boost antibody levels when applied as a third dose.

“The mRNA platform allows for rapid design of vaccine antigens that incorporate key mutations, allowing for rapid future development of alternative variant-matched vaccines should they be needed,” writes Wu and colleagues.

“Additional VOC designs can be rapidly developed and deployed in the future if needed to address the evolving SARS-CoV-2 virus,” they conclude. 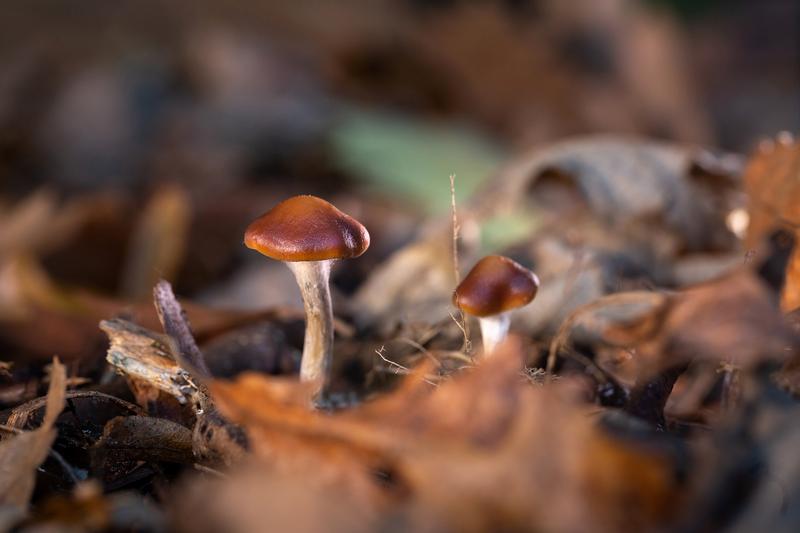 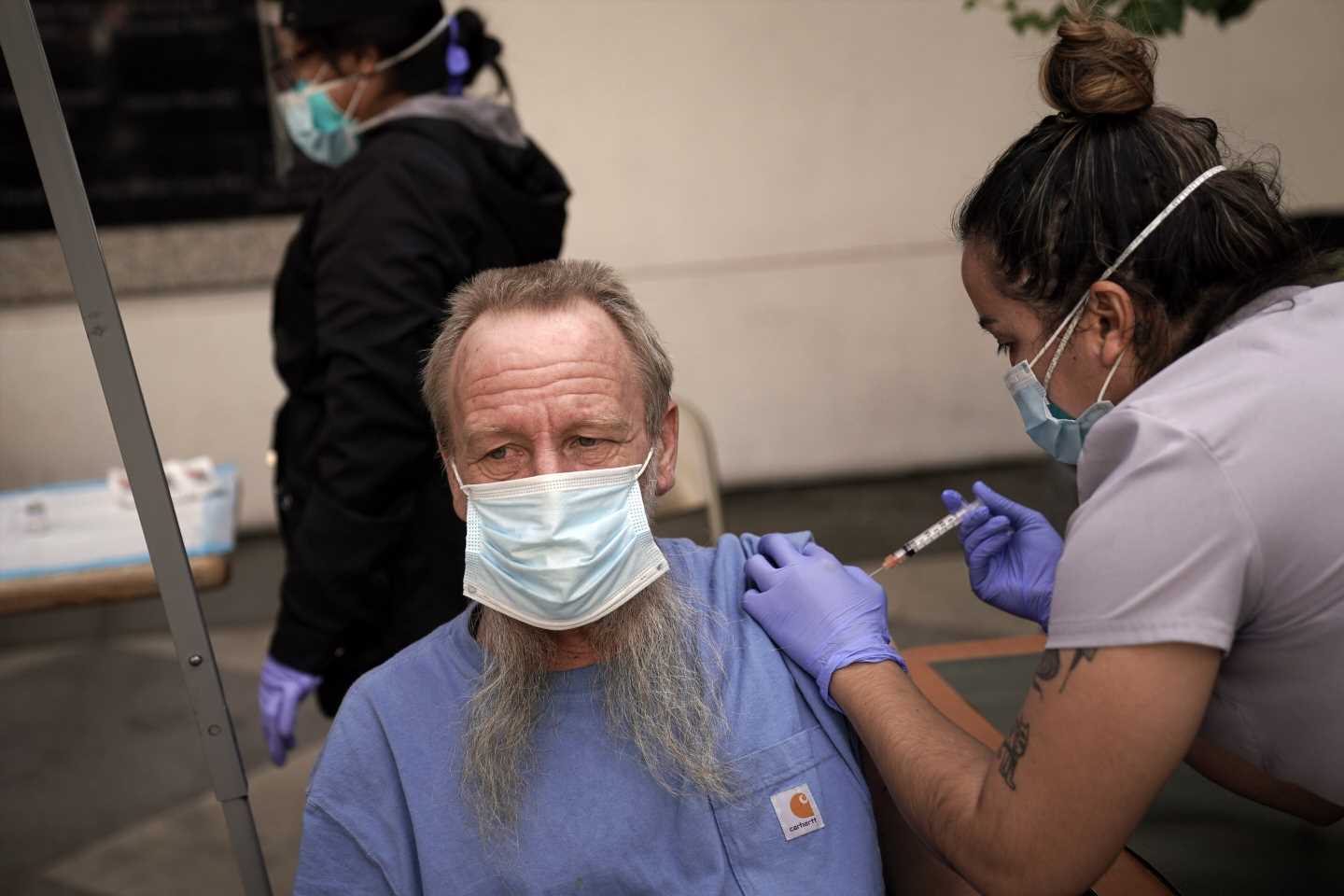