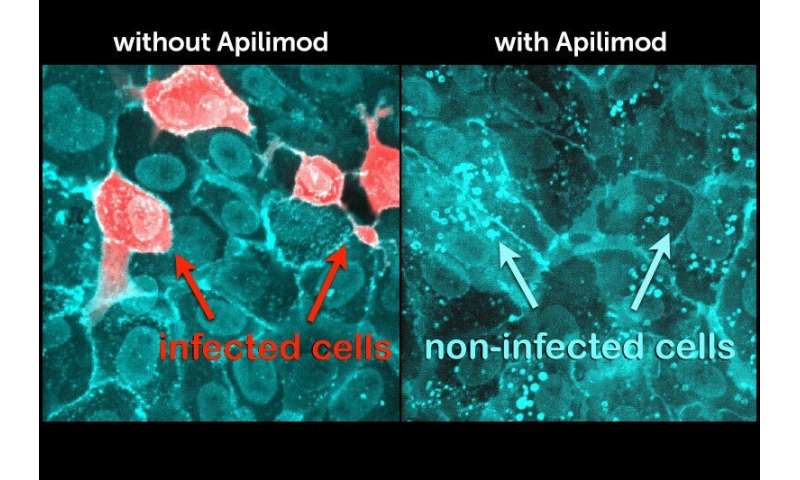 Before this study, little was known about this enzyme’s role in COVID-19 infection. The work, which will need to be replicated in human trials, suggests a potential new target for COVID-19 therapies.

Findings were published Aug. 6 in PNAS.

“Our findings show that targeting this kinase through a small-molecule antiviral against SARS-CoV-2 may be an effective strategy to lessen the progression or seriousness of COVID-19,” said study co-senior author Tomas Kirchhausen, professor of cell biology in the Blavatnik Institute at HMS and professor of pediatrics at Boston Children’s.

When Kirchhausen first found vacuolin-1, he published a paper describing what it does in a variety of cell types.

Several years later, he began a long collaboration with HMS colleagues in the Center for Excellence in Translational Research focused on small molecules against emerging viruses.

They showed that vacuolin-1 and apilimod, which have a similar chemistry, were both effective inhibitors against the Ebola virus. They did not publish their results at the time.

When COVID-19 began to hit the U.S. hard in early March, Kirchhausen’s lab ramped down like many others in the country. Before turning out the lights, however, he remembered that the kinetics of cell entry of Ebola virus were similar to those of coronaviruses like SARS-CoV-2.

Kirchhausen reached out to co-senior author Sean Whelan, who had been part of the Center for Excellence team at HMS but had since moved to Washington University. The duo performed cell biology studies with SARS-CoV-2 virus in Whelan’s lab.

“Within a week, we knew apilimod worked extremely well in preventing SARS-CoV-2 infection in human cells in the lab,” says Kirchhausen, who initially published this discovery on the bioRxiv pre-print website in April 2020.

That pre-print also included a review of apilimod’s effectiveness against Ebola and SARS-CoV-2.

“We found that like apilimod, vacuolin-1 is a very strong inhibitor for viral infection in the lab,” said Kirchhausen.

In an unexpected coincidence, an unrelated group posted a paper showing that, in a screen of 12,000 clinical-stage or FDA-approved small molecules, apilimod was one of the best drugs for inhibiting SARS-CoV-2 virus replication. That paper has since been published in Nature.

Apilimod’s parallel development ultimately landed with AI Therapeutics after it failed to show any benefit in phase I and II clinical trials for treatment of autoimmune conditions, its original purpose.

Although those trials were not successful, apilimod’s clinical testing in 700 healthy volunteers and patients showed it did not produce significant side effects even when given to patients for more than a year at high doses.

This spring, using some of the data from Kirchhausen’s bioRxiv paper as well as information from drug screens by others, AI Therapeutics received FDA approval to see whether apilimod reduces the seriousness of COVID-19.

In late July, AI Therapeutics announced a new randomized, double-blind, placebo-controlled study with apilimod, known as LAM-002 in the study. It will test apilimod’s safety, tolerability and efficacy in reducing the amount of virus in about 140 patients with confirmed early-onset COVID-19.

Looking forward, Kirchhausen hopes to identify other drugs to be given in addition to a PIKfyve kinase inhibitor. 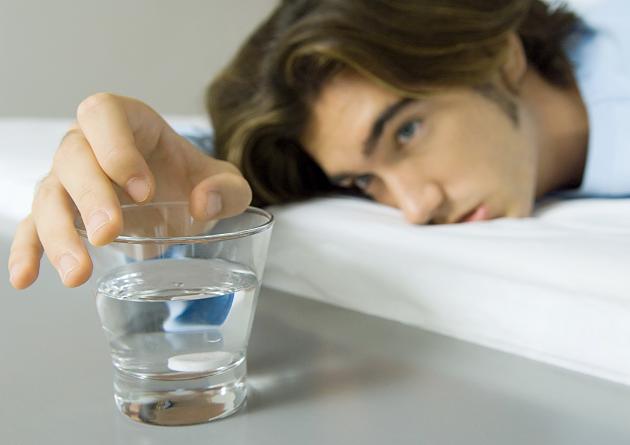