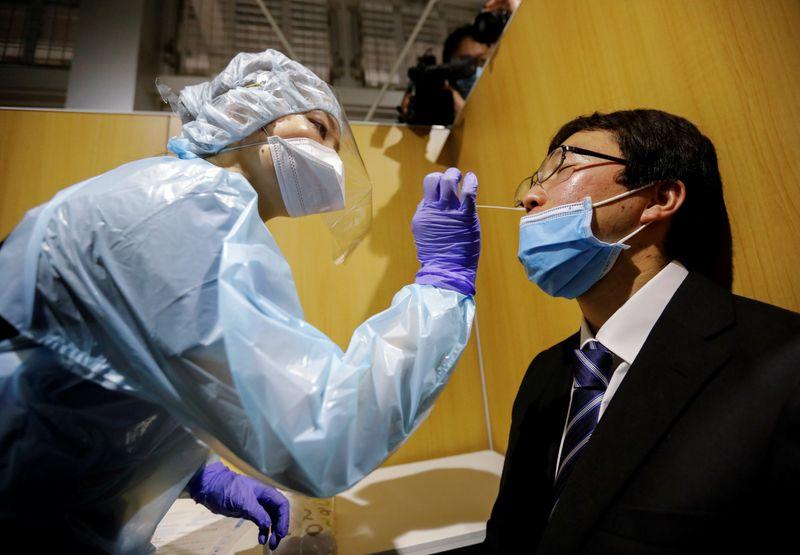 TOKYO (Reuters) – Coronavirus cases in the Greater Tokyo area are showing signs of creeping up, Japanese Health Minister Norihisa Tamura said on Friday, according to Kyodo News, raising questions about whether a state of emergency could be lifted on schedule on March 21.

Restrictions such as shorter business hours for restaurants and bars have helped diminish new cases in Tokyo to roughly a tenth of a peak of 2,520 cases on Jan. 7. But the numbers are far from Tokyo Governor Yuriko Koike’s target of bringing the seven-day average to 70% of the preceding week.

The seven-day average of new cases in Tokyo has been stuck in the mid- to high-200s since late February, while the daily tally exceeded 300 for the second straight day on Thursday.

Tokyo – and Japan – are racing to bring coronavirus cases under control and vaccinations well under way as it prepares to host the Summer Olympics, which start July 23.

Japan’s COVID-19 inoculation campaign began only last month with health workers and has been moving slowly, hampered by a lack of supply. The country has so far recorded about 441,000 coronavirus cases and 8,400 deaths.

Health Minister Tamura said the decision on whether the state of emergency could be lifted in the Tokyo area, which accounts for about 30% of Japan’s population, would ultimately be made after hearing the views of experts, Kyodo reported.