The placenta jab that could ease pain of creaky knees: Injection of tissue may help alleviate agony of arthritis

A jab of placental tissue may help alleviate the pain of arthritic knees.

The treatment is made from the inner layer of the placenta, which provides the growing foetus with oxygen and nutrients.

Earlier research shows that a single injection of the tissue — which is first processed — can reduce pain and other symptoms associated with osteoarthritis for up to one year. 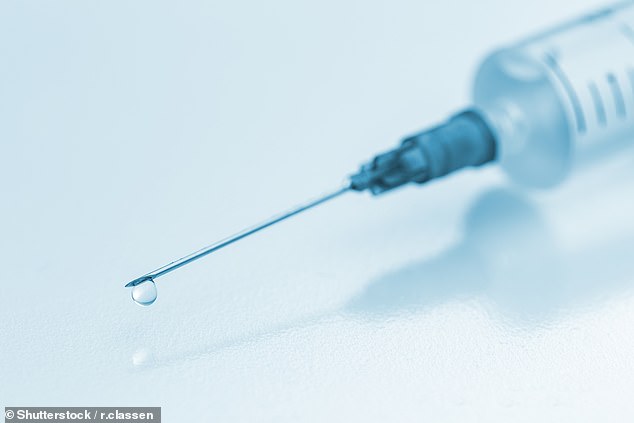 The treatment is made from the inner layer of the placenta, which provides the growing foetus with oxygen and nutrients [File photo]

Now around 700 people are taking part in a trial due to start in the U.S. this month to compare the jab to a placebo of saline solution.

Around one in five adults aged over 45 years — more than four million people — has osteoarthritis of the knee, according to the charity Versus Arthritis.

In a healthy knee, cartilage (a firm but rubbery material) covers the end of the bones in a joint, acting as a cushion, and provides a smooth, gliding surface to allow painless movement.

But in osteoarthritis, this protective surface breaks down through wear and tear, causing pain, swelling and problems moving the joint. Bony growths can develop, and the area may become red and swollen.

A wide range of treatments are available, from weight loss to take pressure off the joint, to painkillers. Many people ultimately need a joint replacement.

The new treatment, ReNu, developed by UK-U.S.-based firm Organogenesis is made of cells from the amniotic membrane, the inner layer of the placenta which is, with the mother’s permission, harvested from the placenta donated after childbirth.

The tissue is processed and kept frozen at -70c to -90c until it is needed.

Amniotic tissue is a rich source of stem cells, which can develop into many different types of cells, including cartilage.

It also contains anti-inflammatory compounds, collagen (a protein that provides strength and structure to tissue), and growth factors that, as well as the stem cells, can trigger the repair and regeneration of tissues, including cartilage.

Doctors carrying out the trial will monitor patients for up to a year, comparing outcomes against people not having the treatment.

Previous research involving 100 patients who had the treatment found that 69 per cent of patients had an improvement of symptoms lasting for at least six months.

On average, patients who responded to the treatment, had a 63 per cent reduction in pain.

Roger Hackney, a consultant orthopaedic surgeon at the Spire and Nuffield hospitals in Leeds, says that as cartilage cannot heal in humans, the experimental jabs could have promise.

He said: ‘Studies such as this are hugely important if they can provide evidence that the product has something other than the placebo effect. ’

Snorers may be at greater risk of developing severe Covid-19. Research based on 5.5 million records shows that Covid patients with obstructive sleep apnoea (OSA) are 5.2 times more likely to be hospitalised.

A hearing test could detect autism spectrum disorder in babies, according to research from the University of Miami and Harvard Medical School in the U.S.

Currently the condition is diagnosed through behaviour assessments and may not be picked up until age five or older.

The scientists looked at records of children with learning disabilities and matched the data with 140,000 hearing tests. They found those later diagnosed as autistic had slower brain responses to sound.

Spinach extract may help to prevent muscle loss as we age. In a trial at Spain’s Universidad Catolica San Antonio de Murcia, 50 people will take a spinach supplement or a placebo daily for three months.

Spinach is a source of iron, needed to make myoglobin, which provides oxygen to muscles, helping to increase muscle mass.

Scientists learn how to ‘print’ kidneys in a lab

Tiny kidneys created using 3D printing are helping scientists understand more about the causes of kidney damage, and could pave the way for growing transplant organs in the lab.

Researchers from Murdoch Children’s Research Institute in Australia, together with biotech company, Organovo, took stem cells from patients with genetic kidney disease, and used ‘bioprinting’ — in other words using the stem cells to make other new cells to create an artificial living tissue.

These mini organs — some as small as a grain of rice — were used to study the effects of aminoglycoside antibiotics, which damage the kidney, reported the journal Nature Materials. 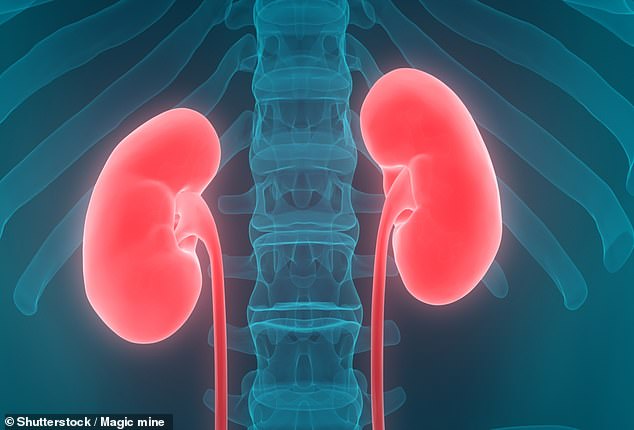 Tiny kidneys created using 3D printing are helping scientists understand more about the causes of kidney damage, and could pave the way for growing transplant organs in the lab [File photo]

Dogs that can sniff out Parkinson’s disease

Trials are under way to see if sniffer dogs can identify Parkinson’s disease.

More than 300 patients with the neurological disorder — which can cause mobility problems, insomnia and depression — are taking part in a trial to test the accuracy of the dogs.

The dogs will be given samples from patients with and without Parkinson’s to test their accuracy. There is no specific test for Parkinson’s and it can be hard to get a timely diagnosis, which can delay treatment.

Previous research has shown the disease is linked with a distinct musky odour, as it kick-starts the production of volatile organic compounds that are detectable in breath, urine and sweat.

The study is being carried out at Central South University Hospital in China.

The finding, from an international team led by Manchester University, came from a ten-year study of mice and human tissue.

The results showed that the second immunoglobulin-binding protein (Sbi) triggers the condition by causing the release of another protein known to play a role in the immune response that causes eczema (by disrupting the structure of skin cells).

Writing in the Journal of Allergy and Clinical immunology, the scientists suggested treatments could move on from the standard steroid cream. 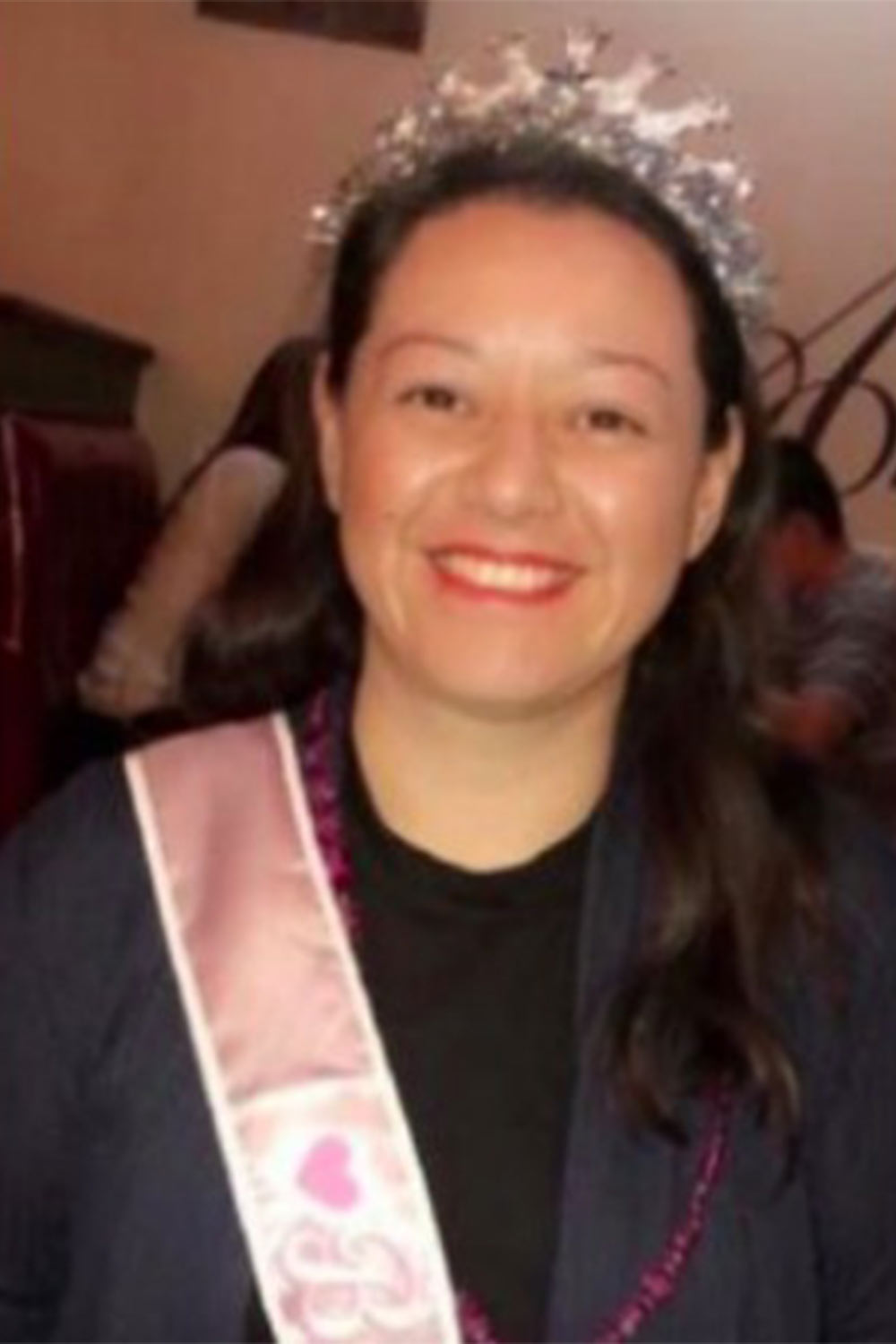 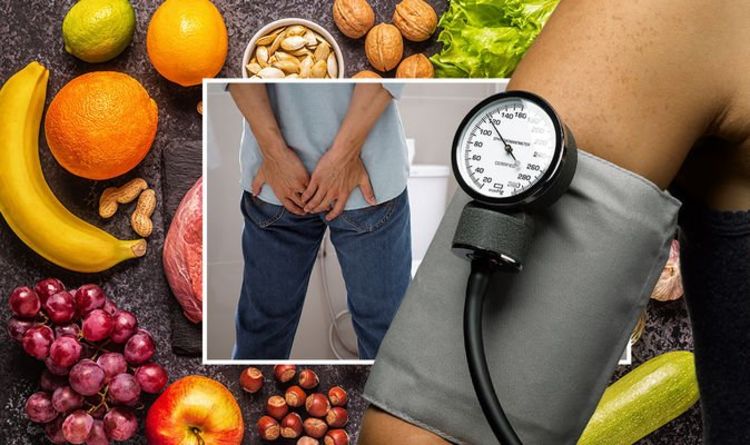