Christine McGuinness on hereditary autism in her family

A bubbly, extrovert woman, Melanie has exuded confidence since bursting on to our screens in the 1990s as the straight-talking Northern lass in the Boddingtons beer advert. Someone less likely to be “on the spectrum” would be hard to imagine.

But that is precisely the problem, making diagnosis so difficult for thousands of women and girls struggling to get through life with their symptoms unnoticed or ignored because they don’t fit the male model of autism.

Similarly, Christine McGuinness, the wife of Top Gear star Paddy, only received her late autism diagnosis at 33, despite having three children, twins Leo and Penelope, eight, and Felicity, five, with the condition.

“There is a male stereotype of autism that most of us carry in our heads,” says Professor Francesca Happé, director of the Social, Genetic and Developmental Psychiatry Centre at King’s College London.

Her research found that boys with autism were diagnosed on average at the age of eight, whereas for girls it was 11 or 12.

“When a parent or teacher sees a girl who is struggling socially at school then they don’t automatically think of autism, whereas they would if it was a boy and that works all the way through the diagnostic systems,” she says.

This was the experience of Beth Rees, 33, who received her clinical diagnosis of autism on November 3, shortly before Melanie and Christine shared theirs.

“I had a sense of validation after all those years of not being listened to,” says Beth, a chatty children’s charity worker from Cardiff, who says she has always felt like a “square peg in a round hole”.

At school, she was hyper-focused and diligent but regularly dissolved into tears because of struggles with numbers.

“I would be sitting at home with my parents, rocking and crying about maths and they would tell me it was fine but I would reply, ‘No it’s not because you’re going to think I’m stupid if I can’t do it’.”

Beth’s brain also shut down in socially stressful situations. “Kids at school wanted to play certain games in the playground and I stood there being awkward, not knowing how to interact,” she recalls.

“At senior school, I felt left out and people would tell me ‘there’s something wrong with you’ or call me ‘weird’ or ‘strange’.”

Yet when Beth had a mental breakdown in 2017 following a series of stressful jobs, her GP referred her to a psychiatrist who wrongly diagnosed her unstable moods and outbursts as borderline personality disorder (BPD).

She was placed on anti-psychotic medication and suffered terrible side-effects.

Incredibly, she sought a private autism assessment two months after her BPD diagnosis but was told: “You’re not autistic, definitely not. You don’t match the criteria.”

This was despite her displaying classic symptoms, such as several “complete obsessions” – with the TV show Sex And The City and children’s authors including Roald Dahl.

“If a boy says he’s interested in Thomas The Tank Engine or has hundreds of photographs of electricity pylons, a red flag goes up,” says Prof Happé.

“If a teenage girl says she likes Kate Winslet then it’s easy to think that’s common, but ask detailed questions and you might learn she only collects facts about Kate and doesn’t watch her films.”

It was a similar story for Reading resident Mahlia Amatina, 37, wrongly diagnosed with BPD aged 28, before being told she was autistic at 31.

“I’ve always felt a sense of difference,” she says. “At school everyone tried to collect as many stickers as possible so I took that literally.

“I peeled labels off fruit and CDs and stuck them in my collection. Kids laughed at me because they weren’t cartoons or proper stickers.”

Mahlia is sensitive to bright or flashing lights and ticking time. While still seeking a correct diagnosis, she was having an assessment with a new therapist who noticed her ritual of removing the clock from the room.

“I was feeling especially anxious and tired and said the lights and sound were affecting me.

She asked, ‘Are you on the autism spectrum then?’” That question kick-started her eventual diagnosis.

“Most of the historic research was done with male-only or majority male participants and that’s partly because 10 years ago we thought there were five to 10 times as many males as females with autism,” explains Prof Happé.

“It matters that our research mainly looks at men because much of what we think we know about autism is about autistic men and that data goes into diagnostic criteria and processes.”

Recent research states one in three diagnosed is a woman or girl. An estimated one in 100 people has autism in the UK, equivalent to 700,000 adults and children.

The term describes a broad spectrum of developmental conditions affecting how individuals see and interact with the world.

A 20-year study of UK autism diagnoses published in August found girls are also better than boys at “camouflaging or masking” autistic traits.

“I had drama training so my level of masking was ridiculous,” says former teacher Tracy Clements, 53, who finally understood her lifelong struggle with personal and professional relationships following her autism diagnosis this year.

“I kept throwing myself back in again and again, and getting more hurt, which is how I ended up physically and mentally drained.”

The former retail, hospitality and recruitment worker has held 30 jobs. “I always tell the boss how they can improve and that never goes down well,” she says.

Tracy avoids tables near bins in restaurants and requires an aisle seat on a plane or she will stand up and leave.

“I wish I could put a chip in other people’s heads for five seconds so they could understand it because it’s overwhelmingly horrific,” she continues.

“I would rather run into the street or rip my skin off than be in that seat. I can’t control that. It’s my body’s way of saying I don’t want to be there.”

She always assumed she had an “idiosyncratic” personality but now realises autistic brains “operate at a higher level of irritability” so a noisy restaurant “can tip you over”.

Four years ago she began shivering involuntarily through exhaustion and was diagnosed with fibromyalgia, which causes pain and fatigue.

But Tracy felt instinctively this was wrong, and a rheumatologist agreed.

A clinical psychologist diagnosed her with complex post-traumatic stress disorder but it took two more years of “catastrophic appointments” before her autism was confirmed.

Endless camouflaging “comes at a cost as it’s exhausting and erodes the individual’s sense of self”, says Prof Happé.

Research and campaigning charity Autistica is calling for increased funding for support and treatment.

Tracy agrees. After she was diagnosed with complex PTSD, she was told to “go and tell the truth” to people. “They meant I should say I wasn’t well but I told people everything I had always wanted to tell them, which was a disaster.”

At one restaurant lunch, she told her friend she thought she was autistic based on her inappropriate footwear, hand gestures and hair flicking. Another friendship was lost.

She has developed a strong “flight or fight” instinct to cope.

“I literally run away from what I’m doing and drop my bags as my brain is telling me to get out,” she says. “At that moment nothing matters. I’ve sat in the woods in the middle of the night for several hours after a disagreement. It’s a meltdown.”

Beth, who also has ADHD and anxiety, believes her diagnosis will enable greater understanding of herself in social situations. “Since being diagnosed, my mum has been so supportive and has read up on what being autistic means so she can help me better,” she says.

Mahlia has created abstract art since 2015 when she learned she was autistic. She has won Arts Council England funding and produced works for charity Scope’s Online Shop’s Artists Collection.

“Art was the perfect medium to reflect and create,” she says. “It’s become an educational vehicle to show my work and educate people about what I was learning about autism.”

Her passengers often compliment her on her careful driving but it took her nine attempts to pass her driving test. “I kept thinking, why is this so difficult?” she says.

“Why are driving instructors scared to sit next to me?”

Now she concentrates on the positives: “I’m good at focusing and don’t procrastinate, I’m organised and creative – that mix is rare.”

All of these women are proud of their unique minds and abilities.

“My brain is wired wonderfully: it’s perpetually looking and learning and everything is new, special and worthy of awe and wonder,” says Tracy.

“For me, The D in ASD (Autism Spectrum Disorders) is for driven, daring, different and dynamic – not disorder or disability.

My brain can become disordered and can present as a disability but only because of external expectations that come with misunderstanding.

“If we start to change perceptions then my positive ‘Ds’ will shine through.” 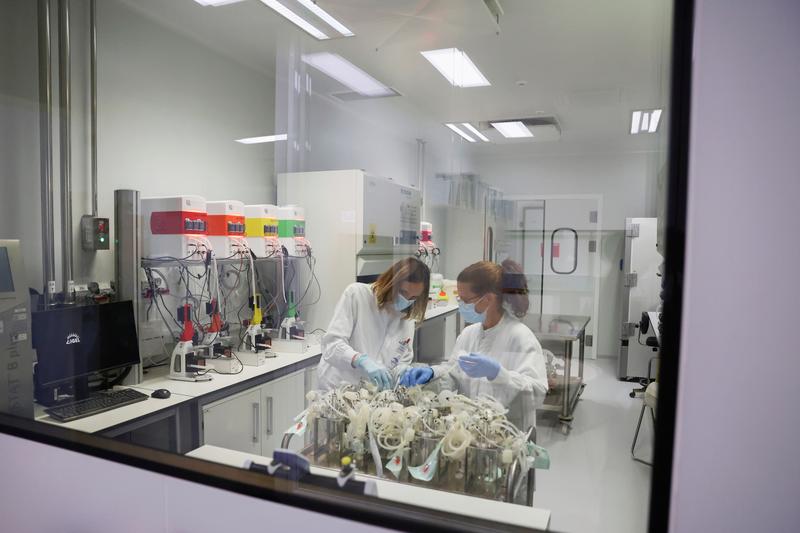