A majority of U.S. Supreme Court Justices on Wednesday seemed receptive to the idea that there is no constitutional right to abortion, or, at a minimum, that states have the ability to determine when a pregnancy can be terminated.

The justices heard from lawyers arguing for and against a 2018 Mississippi law that, with few exceptions, bans abortion after 15 weeks, claiming that a fetus is viable outside the womb at that age. The Supreme Court’s 1973 Roe v Wade decision and legal rulings in the decades since, including the 1992 decision in Planned Parenthood v. Casey, have said that abortion should be available to the point of viability—established as about 23 weeks.

The court also ruled in Casey that state laws could not present an “undue burden” on a woman’s ability to obtain an abortion.

The Mississippi attorney general did not initially seek to overturn Roe and Casey, but later argued in Dobbs v Jackson Women’s Health Organization that both cases were erroneously decided and should be completely thrown out.

“It is an egregiously wrong decision that has inflicted tremendous damage on our country and will continue to do so and take innumerable human lives unless and until this court overrules it,” said Scott G. Stewart, Mississippi’s solicitor general.

When it accepted the Mississippi case, the Supreme Court did not agree to weigh in on overturning Roe or Casey, but the justices’ leanings were evident during the hearing, and it is possible they would throw out those landmark cases.

Justice Clarence Thomas asked repeatedly for the law’s challengers to point out where the right to an abortion was written in the Constitution, as did Justice Samuel Alito.

She said the right to abortion was embedded in the 14th amendment’s guarantee of the pursuit of liberty.

“If this Court renounces the liberty interest recognized in Roe and reaffirmed in Casey, it would be an unprecedented contraction of individual rights,” and a departure from court doctrine of upholding precedent, known as stare decisis, she said.

Chief Justice John Roberts seemed to be against throwing out either of the landmark abortion cases, but instead wanted to focus on whether the 15 weeks was a reasonable timepoint. But he seemed to be alone in honing-in on that issue.

“Roberts seem desperate for some limiting principle that isn’t reversing Roe, and none of the other conservative justices are biting,” tweeted Mary Ziegler, a historian who has written about abortion.

But justices Neil Gorsuch, Amy Coney Barrett, and Brett Kavanaugh all appeared to be receptive to the idea that the prior precedent set by Roe and Casey could be overturned.

Neil Katyal, the former U.S. acting solicitor general and a Supreme Court lawyer, tweeted during the arguments that he saw “nothing so far sympathetic to the challengers. And a lot that has been very hostile.”

He cautioned that questions during oral arguments “often are just trying to understand a lawyer’s position,” adding, “But the tea leaves here are ominous.”

The Court’s more liberal justices—Stephen Breyer, Sonia Sotomayor, and Elena Kagan—cautioned that overturning Roe would threaten the Court’s legitimacy by giving the appearance that it was caving into political interests.

“Will this institution survive the stench that this creates in the public perception that the Constitution and its reading are just political acts?” asked Sotomayor, adding, “If people actually believe that it’s all political, how will we survive? How will the Court survive?”

If Roe v Wade is overturned, 22 states have laws already on the books that could be used to restrict abortion, according to the Guttmacher Institute. Almost all abortions would be banned in 12 states that have so-called “trigger” laws: Arkansas, Idaho, Kentucky, Louisiana, Mississippi, Missouri, North Dakota, Oklahoma, South Dakota, Tennessee, Texas, and Utah.

Seventeen states have abortion restrictions that have been unenforced or blocked by courts that would go back into effect if Roe is nullified. An additional seven states have laws that intend to restrict abortion in the absence of Roe and four states have passed constitutional amendments to specifically not protect the right to abortion.

Guttmacher reports that 15 states and Washington, D.C., have passed laws that protect the right to abortion.

Jackson Women’s Health — the state’s sole abortion provider ― sued to block the Mississippi law soon after it passed. A federal judge ruled against the state and that decision was upheld by the U.S. Fifth Circuit Court of Appeals, which also issued a permanent injunction against the law. The Supreme Court in May 2021 agreed to take Mississippi’s appeal.

Earlier in November, the Supreme Court heard arguments in two cases challenging a restrictive Texas law, Whole Woman’s Health v Jackson and U.S. v Texas. The justices seemed receptive to the idea that the law, SB 8, was unconstitutional. But the court did not grant a request by the Biden administration to halt the law while the challenges made their way through the courts.

The Mississippi statute is not based on science and lets the state insert itself between the physician and the patient, argued the organizations.

“There’s no medical justification for these bans, which harm, rather than protect, the health and well-being of those who are pregnant,” said Maureen G. Phipps, MD,[[https://www.acog.org/about/leadership-and-governance/executive-staff]] CEO of the American College of Obstetricians and Gynecologists (ACOG) on a press call before the oral arguments.

Gerald E. Harmon, MD president of the American Medical Association (AMA), said the law “forces the physician to choose between offering care that reflects their best judgement or risk losing their licenses.”

Added George Abraham, MD, MPH, president of the American College of Physicians (ACP), “Laws that interfere in what health care services the patient can be provided without any relationship to the clinical judgment of their physicians inherently harms the health care of those patients.”

But in its friend of the court brief  the American Association of Pro-Life Obstetricians and Gynecologists, which claims more than 6,000 members, said that abortions in the second and third trimesters present the greatest risks to women’s health, and thus, Mississippi is correct in limiting the procedure to 15 weeks. It also argues that abortion is “never medically necessary,” and that when a mother’s life is threatened, or if a fetus has a severe abnormality, the doctor can induce labor or perform a cesarian section.

Julie Rikelman, the attorney who argued on behalf of Jackson Women’s Health, said that pregnancy is risky—more so than abortion–especially for women in Mississippi. “It’s 75 times more dangerous to give birth in Mississippi than it is to have a pre-viability abortion, and those risks are disproportionately threatening the lives of women of color,” said Rikelman.

Has fetal medicine evolved since Roe?

Mississippi’s solicitor general argued that Roe and Casey need to be overturned because advances in medicine have increased “knowledge and concern about such things as fetal pain.”

Sotomayor took issue with the assertion, stating that it’s “a gross minority of doctors who believe fetal pain exists before 24, 25 weeks.” Added Sotomayor, “it’s a huge minority and one not well founded in science at all.”

Stewart persisted, however. He claimed that it is a “fact” that a fetus, when poked, would recoil, and that lends credence to the notion of fetal pain.

“There’s about 40% of dead people who, if you touch their feet, the foot will recoil,” said Sotomayor. “I don’t think that a response to — by a fetus necessarily proves that there’s a sensation of pain or that there’s consciousness,” she said.

Alito, however, seemed to agree with Stewart’s interpretation. “There are those who say that the rights of personhood should be considered to have taken hold at a point when the fetus acquires certain independent characteristics,” he said. “But viability is dependent on medical technology and medical practice. It has changed. It may continue to change,” said Alito.

A decision on the Mississippi case is expected by the end of the Court’s term in June 2022. 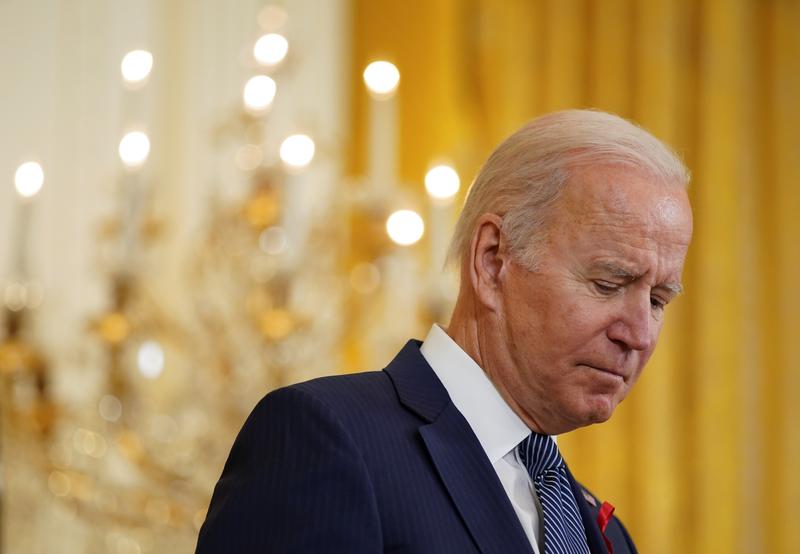