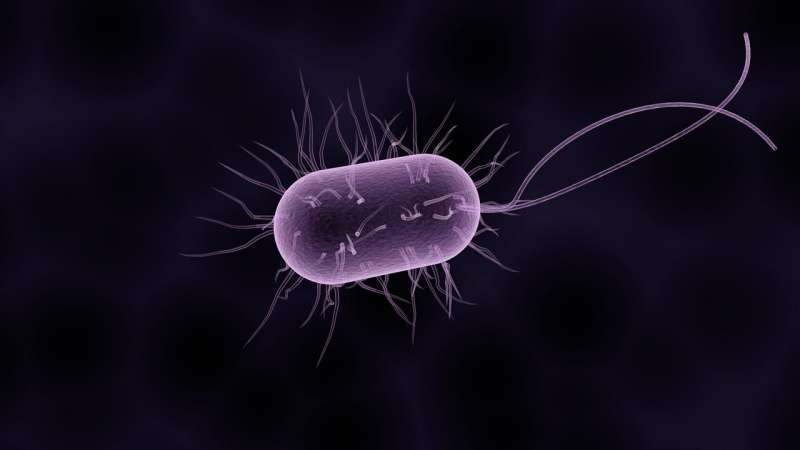 Home is where the microbes are.

That’s one takeaway from newly published research by an interdisciplinary University of Oregon team that found a shared home environment to be the strongest predictor of human microbiome similarity, or the commonalities between the communities of microbes that live within us.

“Human beings have this whole rich diversity of microbial life associated with them that contributes to our health in all kinds of ways, and one of the mysteries is why they differ so much from person to person,” said Bohannan, the James F. and Shirley K. Rippey Chair in Liberal Arts and Sciences. “This study was an attempt to ask what the relative importance is of the environment that humans live in versus the genetics we have in determining the microbes that are associated with our bodies.”

The project began five years ago with a simple question posed by Leve, “How do children’s microbiomes differ when two siblings are raised in different households from birth?”

In order to answer that question and examine the environmental and genetic factors shaping the gut microbiome, the team took advantage of an experimental design pioneered by Leve and her colleagues that included a cohort of adopted children and their siblings. They compared the gut microbiomes of children adopted in infancy with their genetically unrelated siblings in the same household, as well as with genetically related siblings raised in other households.

“When people think about things like our physical health and our gut microbiota, we often assume that much of these health factors are more or less fixed and that there’s really nothing a person can do about it,” said Leve, associate director of the Prevention Science Institute. “The sibling-adoption study design allowed us to tease apart or isolate the effects of the post-natal environment.”

Prior to starting the project, researchers found surprisingly few examples of adoption studies examining the human microbiome. Using well-established means of measuring microbiome makeup, the team examined stool and saliva samples from 74 children across 26 adopted homes and 13 birth homes to determine both the diversity of microbes and the abundance of certain kinds of microbes.

In general, the type of bacteria was connected more closely to shared environment, and the abundances of different bacteria were tied more to genetics.

“We found that environment determines what individual types of bacteria a child has in their gut, but then their genetics shape how abundant these (types of bacteria) are within their own individual bodies,” Tavalire said. “This is an exciting finding and actually what we would have predicted, based on the way that these ecological principles function.”

As Tavalire explained it, if you live in a particular house, you will pick up microbes in your environment, but perhaps your digestive tract is not amenable to particular microbes, so they might not flourish in the gut environment. In contrast, other bacteria might do very well once they enter a certain child’s gut and multiply to high abundance.

“So, aspects of your genetic background could also be determining what happens as your unique physiology shapes how abundant things that get into your gut become once they’re in there,” Tavalire said.

Understanding the driving factors of microbiome variability is particularly important, Bohannan said, because the product of that variation is all of the functions that these microbes do for us in our ability to digest food or repel diseases.

“We’re constantly picking up microbes from each other and from our environment. We usually think about this as a bad thing, such as with diseases, but we’re also picking up good microbes as well,” Bohannan said.

The study was not designed to identify the specific environmental factors contributing to microbiome composition, so more research is needed to understand the drivers of that process.

Previous post Jessie James Decker: Leg Workouts Give Me ‘Power’ to Keep Up With Kids

Next post Radiologists’ Earnings Down, and Some Expect Long Recovery