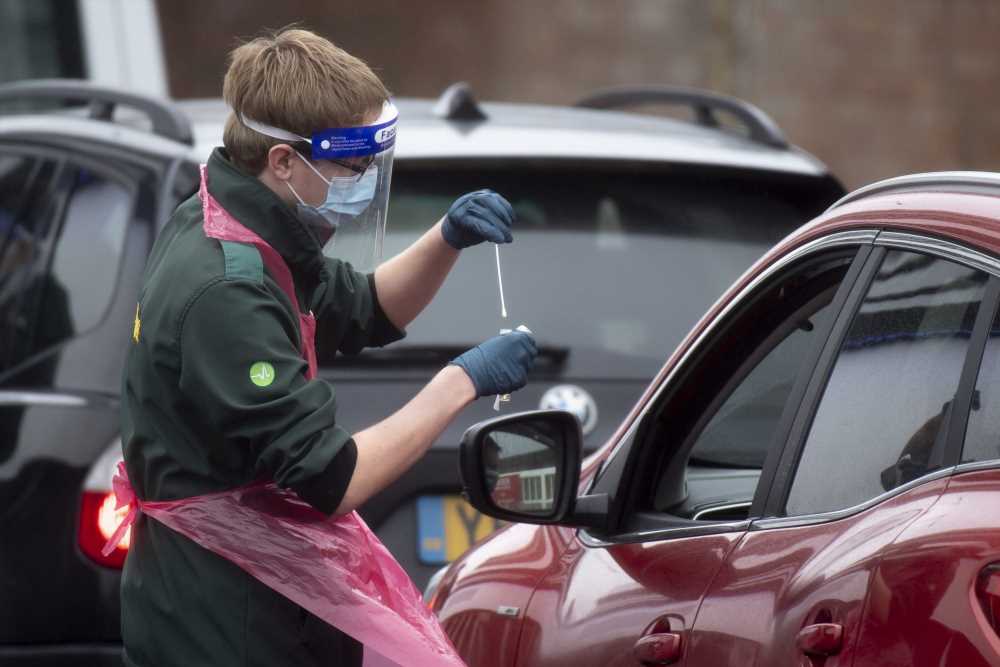 Leaders in the United Kingdom are warning that there is "some evidence" that the new, highly contagious COVID-19 strain that has reached the U.S. may be more lethal than previously thought.

When the strain first emerged in the U.K. at the end of 2020, Prime Minister Boris Johnson said that it appeared to spread more quickly than other COVID-19 variants but was not more severe or deadly. Speaking Friday, though, Johnson said that new research is showing that it "may be more deadly," though he emphasized that "both vaccines we're currently using [from Pfizer and AstraZeneca] remain effective both against the old variant and this new variant."

"In addition to spreading more quickly, it also now appears that there is some evidence that the new variant — the variant that was first identified in London and the south east — may be associated with a higher degree of mortality," Johnson said in a news conference, according to BBC News. However, the U.K.'s chief scientific advisor, Patrick Vallance, cautioned at the news conference that the data on this is "not yet strong."

"I want to stress that there's a lot of uncertainty around these numbers and we need more work to get a precise handle on it, but it obviously is a concern that this has an increase in mortality as well as an increase in transmissibility," Vallance said.

Researchers in the U.K. had previously said that the strain, labeled as B.1.1.7, appears to spread about 30 to 70% faster than other COVID-19 variants, but when they looked at the death rates from hospitals those infected with the variant were no more likely to die than other COVID-19 patients.

This new research looked at anyone in the U.K. who was infected with the B.1.1.7 variant, whether or not they went to the hospital, and found that it led to around 30% more deaths.

Johnson instituted a lockdown in the U.K. just before Christmas, after the strain led to a soaring rate of infection in the country. The first case with the B.1.1.7 was found in the U.S. shortly after, and as of Jan. 20 the Centers for Disease Control has identified 144 cases nationwide, however officials at the federal health agency believe that the actual number of cases is higher and growing. The CDC said Jan. 15 that it expects the strain to become the dominant COVID-19 variant by March, potentially driving infections and deaths higher at a time when they are already well out of control in the U.S.

As information about the coronavirus pandemic rapidly changes, PEOPLE is committed to providing the most recent data in our coverage. Some of the information in this story may have changed after publication. For the latest on COVID-19, readers are encouraged to use online resources from the CDC, WHO and local public health departments. PEOPLE has partnered with GoFundMe to raise money for the COVID-19 Relief Fund, a GoFundMe.org fundraiser to support everything from frontline responders to families in need, as well as organizations helping communities. For more information or to donate, click here.