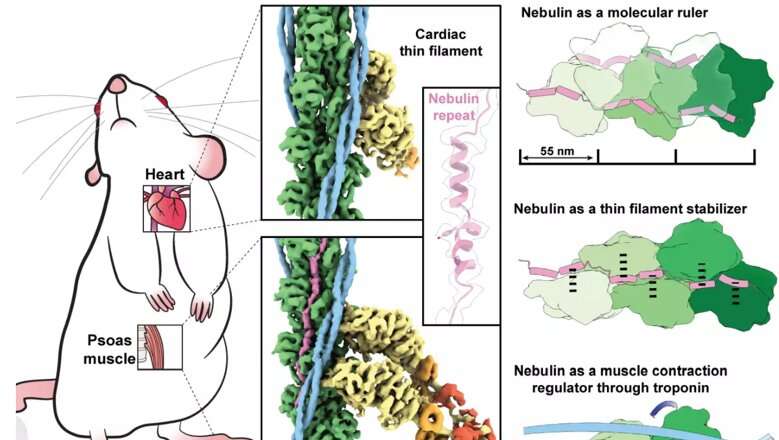 Heart and skeletal muscle owe their function as reliable biological machines to the extraordinary precision with which their smallest contractile structures, the sarcomeres, are assembled. Generating the power to deliver blood to all organs and enabling body movements—from breathing to sprint running—these muscles require the coordinated assembly of millions of protein components which are coordinated by the largest proteins of the human body, the giant ‘rulers’: titin, nebulin and obscurin.

Due to their large size, studying these proteins is fraught with technical challenges. Scientists have now used cutting-edge electron microscopy techniques to obtain the first high-resolution 3D image of nebulin, a giant actin-binding protein that is an essential component of skeletal muscle. This discovery allows us an opportunity to better understand the role of nebulin, as its functions have remained vague due to its large size and the difficulty in extracting nebulin in a native state from muscle.

Professor Mathias Gautel, Head of the School of Basic & Medical Biosciences, Dr. Ay Lin Kho and a team of Max Planck researchers led by Stefan Raunser, used electron cryo-tomography to decipher the structure of nebulin in impressive detail. Their findings could lead to novel therapeutic approaches to treat muscular diseases, as genetic mutations in nebulin are accompanied by a dramatic loss in muscle force known as nemaline myopathy.

Skeletal and heart muscles contract and relax upon sliding of parallel filaments of the proteins myosin and actin. Nebulin, another long slender protein, which is present only in skeletal muscle, pairs up with actin, stabilizing and regulating it by a series of similar structures called repeats. Mutations in the gene encoding nebulin can produce an abnormal nebulin that causes nemaline myopathy, an incurable neuromuscular disorder with various degrees of severity, from muscle weakness to speech impediments and respiratory problems.

Knowing the structure of nebulin and how exactly it interacts with actin could be pivotal to the development of new treatments. In this study, the researchers were able visualize myosin and actin directly in their native environment, the muscle, by using a powerful microscopy technique called electron cryo-tomography (cryo-ET). Experiments were done on mouse muscles that are very similar to human ones, using procedures optimized in labs at King’s College London’s Randall Centre for Cell & Molecular Biophysics. Strikingly, heart muscle actin filaments demonstrated the clear absence of nebulin.

The findings reveal that each nebulin repeat binds with an actin subunit, demonstrating nebulin’s role as a ruler that gradates the length of actin filaments. Each nebulin repeat interacts with every neighboring actin subunit, which explains its role as a stabilizer. Finally, the scientists propose that nebulin could regulate the binding of actin and myosin, and hence muscle contraction, by interacting with another protein called troponin.

Driven by their recent success, the group will now concentrate on unveiling the structural details of myosin regulation, the motor filament of muscle. Such findings could finally help paint the complete picture of the intricate details behind skeletal and heart muscle contraction. 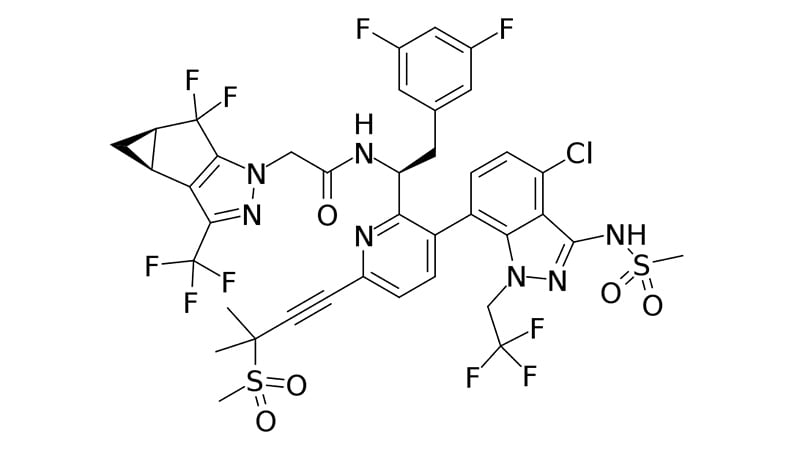 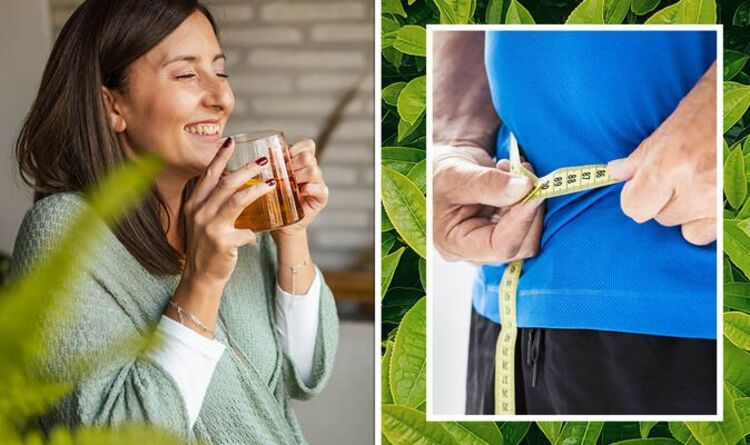