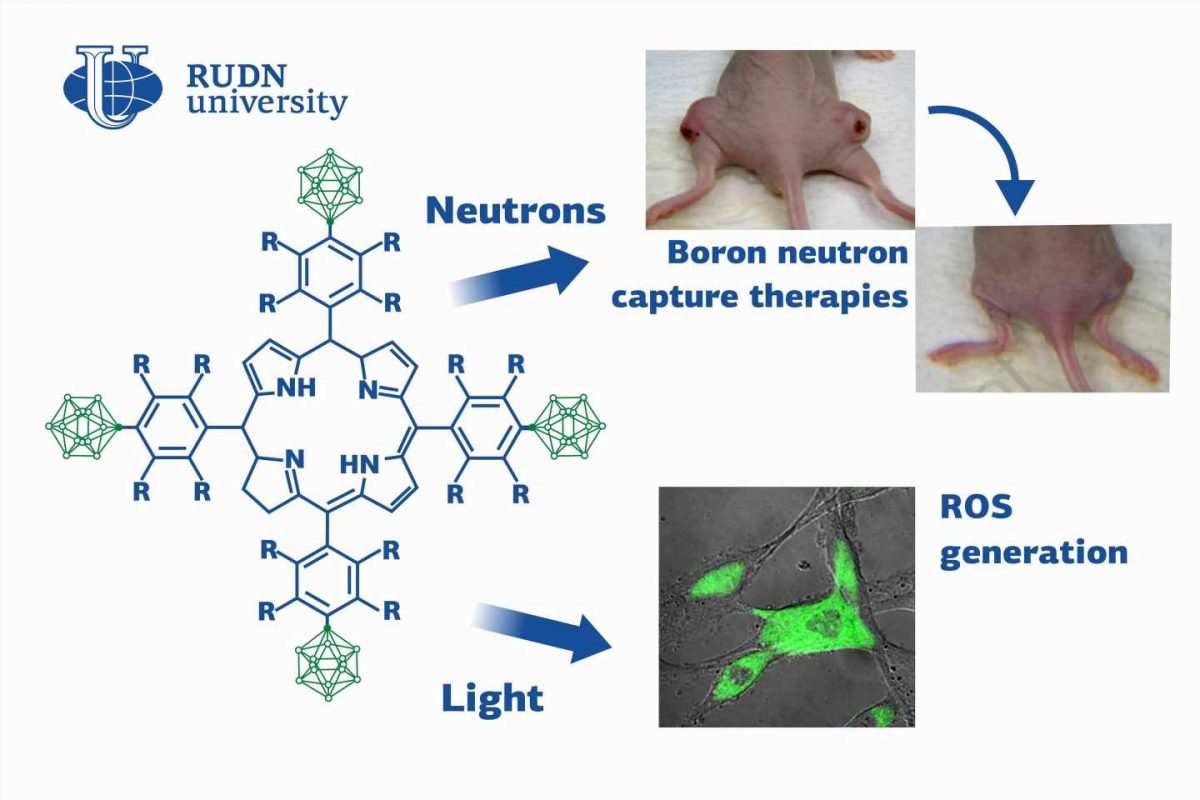 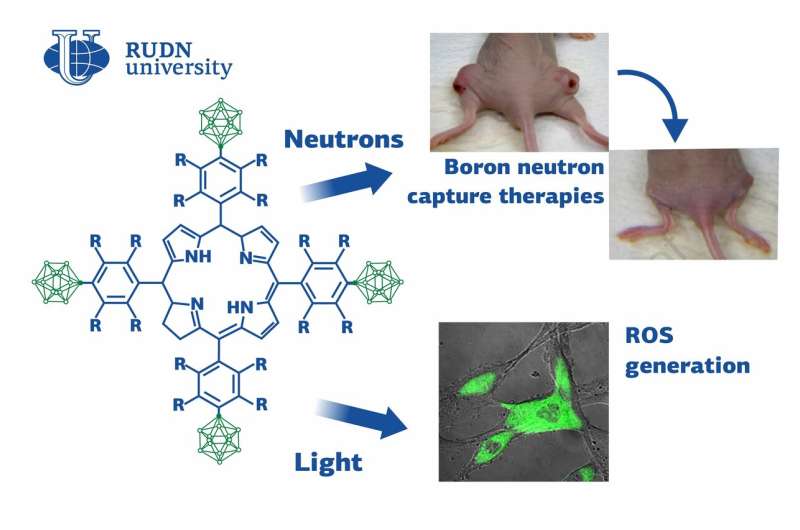 A team of researchers from RUDN University and Nesmeyanov Institute of Organoelement Compounds of the Russian Academy of Sciences synthesized and studied a range of new chlorine derivatives to be used in cancer phototherapy to diagnose tumors and to increase the sensitivity of tumor cells to light. The results of the study were published in the Dyes and Pigments journal.

Because organic substances called tetrapyrroles (such as porphyrin) can accumulate in tumor cells, they are used in photodynamic cancer therapy. When treated with light at a certain wavelength, some tetrapyrrole-based drugs stimulate the production of reactive oxygen intermediates that destroy tumor cells. A team from RUDN University suggested using chlorine derivatives as a basis for similar medications.

“Chlorines have long been known as promising substances for photodynamic therapy. They absorb the light with a longer wavelength than porphyrins, making it possible to affect deeper tissues. Moreover, they effectively generate ROI. Chlorines with boron and fluorine additions seem to have the biggest potential,” said Albina Petrova, an assistant at the Department of Biochemistry, RUDN University.

To compare the properties of different chlorine derivatives, the team synthesized two substances with similar structures. The first one had four hydrocarbon cycles attached to a chlorine cycle, each bound with four fluorine atoms and a remaining part of a polyhedral molecule of carborane (an organic compound that contains boron). The second compound lacked fluorine atoms, but the four hydrocarbon cycles had four carborane molecules bound with them. Both newly synthesized compounds were water-soluble and able to bind with protein molecules (namely, with human serum albumin), which is important for targeted drug delivery to the tumor.

Having confirmed that both compounds were able to produce ROI, the team conducted biological tests on cell cultures and lab animals. The experiments showed that the fluorine-containing compound penetrated the cells better than the one that contained only boron. Unexpectedly, both substances accumulated in the cells that are resistant to antitumor drugs faster than in more sensitive ones. An МТТ confirmed that without light the compounds were generally safe for the cells. However, after exposure to light, they killed the cells within 10 minutes.

To evaluate the potential of the new compounds, the team tested them on animal melanoma and glioma models. Mice with melanoma were injected with a 1% solution of either of the substances and then exposed to light. After 14 days of treatment, the tumors were almost nonpalpable. Individually, neither the injections nor the light had any therapeutic effect on the animals. Mice with glioma were used to test the potential of the new substances for radiation treatment. 12 hours after the injection, the tumors were treated with a flux of neutrons that reacted with the atoms of boron in the tissues. A week after one-time radiation treatment, the tumors in the mice that received the fluorine-containing solution were almost invisible. Again, neither the neutrons nor the injection seemed to have any effect on the cancer cells on their own. The substance without fluorine was less effective, probably due to its lower accumulation capacity.