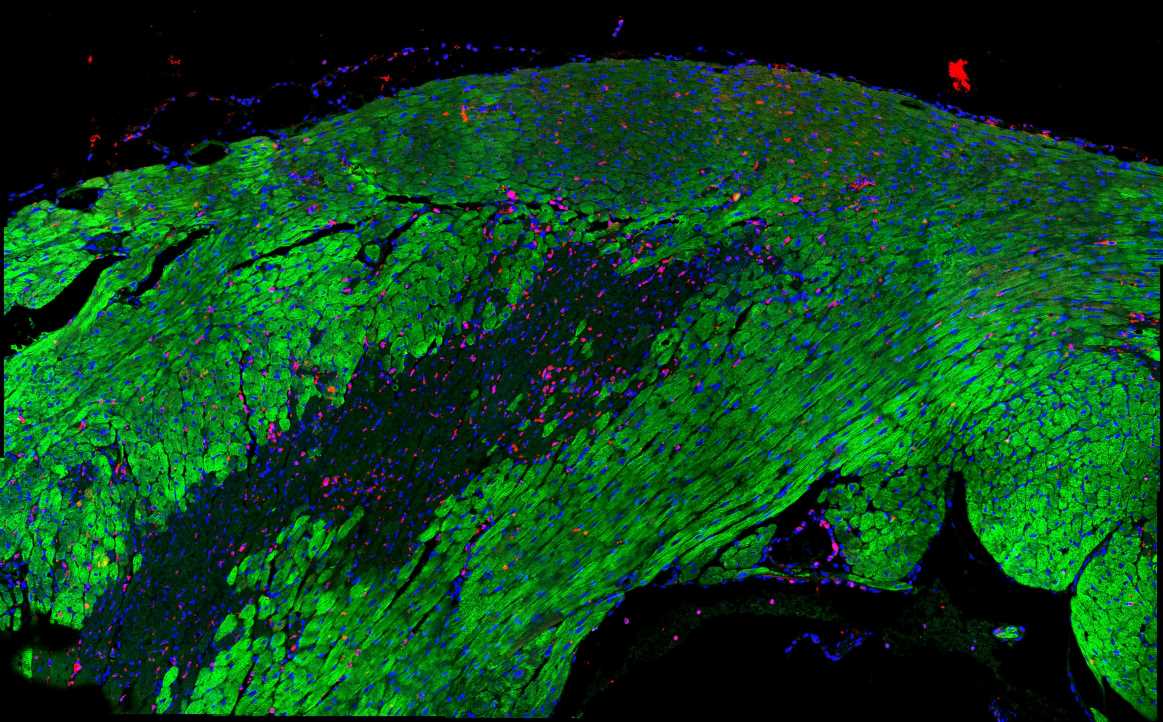 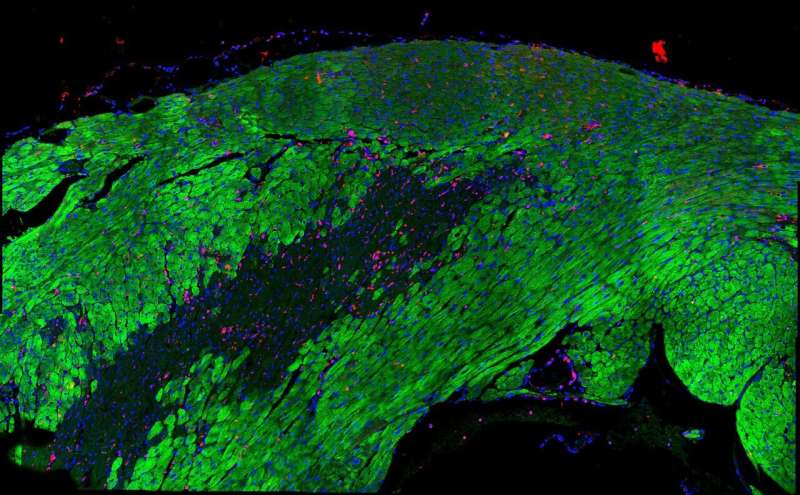 Researchers from the Hubrecht Institute have mapped the recovery of the heart after a heart attack with great detail. They found that heart muscle cells called cardiomyocytes play an important role in intracellular communication after a heart attack. The researchers documented their findings in a database that is accessible for scientists around the world. This brings the research field a step closer to the development of therapies for improved recovery after heart injury. The results were published in Communications Biology on the 29th of January.

In the Netherlands, an average of 95 people end up in the hospital each day because of a heart attack. During a heart attack, the blood supply to a part of the heart is blocked, for example, due to a blood clot in a coronary artery. Attempts to restore the blood supply known as reperfusion, are made as soon as possible. However, a part of the heart has already been without oxygen for some time. Depending on the size and duration of the infarction, this causes cardiomyocytes to die. This can result in the formation of scar tissue, which is stiffer than normal heart tissue and therefore makes it more difficult for the heart to properly contract. This can cause the pumping function of the heart to deteriorate, which can eventually lead to heart failure.

In other words, insight into the recovery of the heart after a heart attack and how this leads to the formation of scar tissue is extremely important. However, much is still unknown. Researchers from the lab of Eva van Rooij have therefore examined this further. They studied how the hearts of mice recover at three different time points following a heart attack. To this end, they used single-cell sequencing, a technique that enables the examination of the RNA of individual cells. The researchers generated an enormous dataset with information about the role of different types of cells during the recovery process after a heart attack. 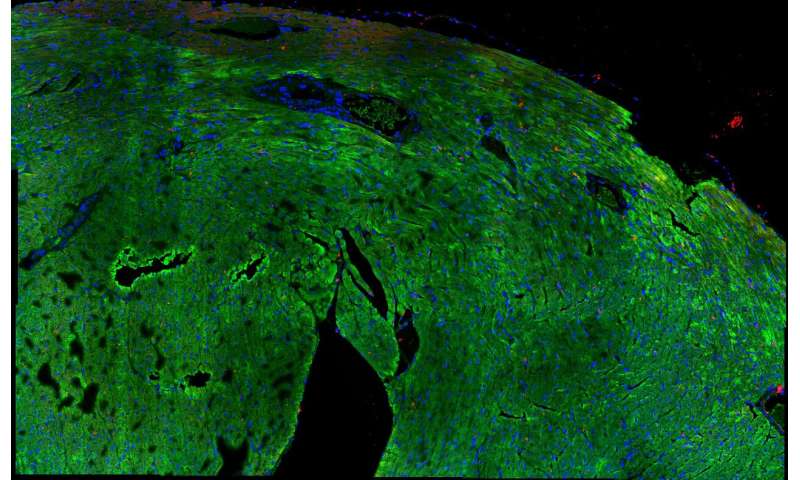 Consequently, they used the data to map a communication network. Louk Timmer, researcher on the project, says, “Cells communicate with each other by secreting molecules. These molecules then trigger the recipient cell to take a specific action, which may be important for the recovery process. We have now mapped with great detail how different cells communicate with each other at different time points after a heart attack. That had never been done so thoroughly before.” This communication network is now documented in a database and accessible to scientists around the world.

The role of cardiomyocytes in the recovery following a heart attack has been largely unknown, partly because of technical difficulties. However, another recent paper from Van Rooij’s lab overcame these obstacles, allowing the researchers to specifically study the function of cardiomyocytes in the recovery process. “We noticed that at the earliest time point measured after the heart attack, cardiomyocytes were secreting increased amounts of a molecule called B2M. Subsequent experiments showed that the secretion of B2M can result in the activation of so-called fibroblasts—cells responsible for the formation of scar tissue,” says Timmer. Cardiomyocytes thus seem to indirectly stimulate the production of scar tissue early in the recovery process. “Intuitively, we already thought that cardiomyocytes play an important role in intracellular communication during heart recovery, and it is great that we have now been able to confirm that.”