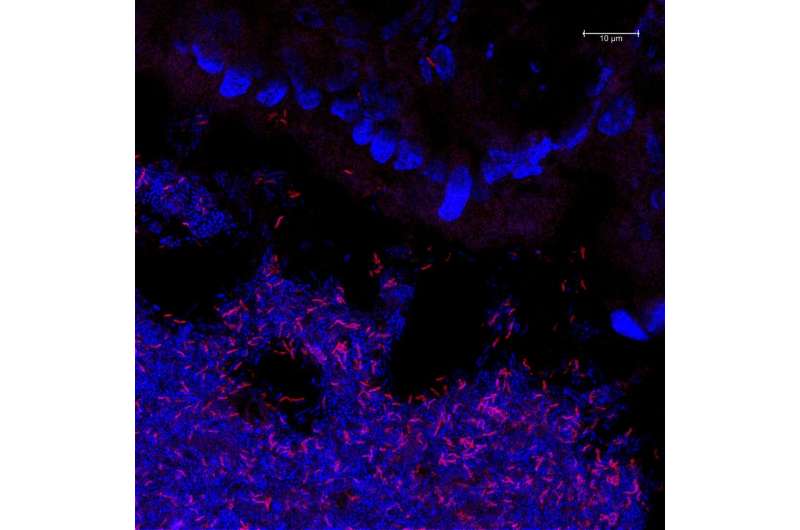 An international team of scientists led by microbiologists Professor Alexander Loy from the University of Vienna and Professor David Schleheck from the University of Konstanz has uncovered new metabolic capabilities of gut bacteria. For the first time, the researchers have analyzed how microbes in the gut process the plant-based, sulfur-containing sugar sulfoquinovose. Sulfoquinovose is a sulfonic acid derivative of glucose and is found in all green vegetables such as spinach and lettuce. Their study discovered that specialized bacteria cooperate in the utilization of the sulfosugar, producing hydrogen sulfide. This gas—known for its rotten egg smell—has disparate effects on human health: at low concentrations, it has an anti-inflammatory effect, while increased amounts of hydrogen sulfide in the intestine, in turn, are associated with diseases such as cancer. The study has been published in the current issue of The ISME Journal.

Diet and the gut microbiome

With the consumption of a single type of vegetable such as spinach, hundreds of chemical components enter our digestive tract. There, they are further metabolized by the gut microbiome, a unique collection of hundreds of microbial species. The gut microbiome thus plays a major role in determining how nutrition affects our health. “So far, however, the metabolic capabilities of many of these microorganisms in the microbiome are still unknown. That means we don’t know what substances they feed on and how they process them,” explains Buck Hanson, lead author of the study and a microbiologist at the Center for Microbiology and Environmental Systems Science (CMESS) at the University of Vienna. “By exploring the microbial metabolism of the sulfosugar sulfoquinovose in the gut for the first time, we have shined some light into this black box,” he adds. The study thus generates knowledge that is necessary to therapeutically target the interactions between nutrition and the microbiome in the future.

Sulfosugars from green plants and algae

Sulfoquinovose is a sulfonic acid derivative of glucose and is found as a chemical building block primarily in green vegetables such as spinach, lettuce, and in algae. From previous studies by the research group led by microbiologist David Schleheck at the University of Konstanz, it was known that other microorganisms can in principle use the sulfosugar as a nutrient. In their current study, the researchers from the Universities of Konstanz and Vienna used analyses of stool samples to determine how these processes specifically take place in the human intestine. “We have now been able to show that, unlike glucose, for example, which feeds a large number of microorganisms in the gut, sulfoquinovose stimulates the growth of very specific key organisms in the gut microbiome,” says David Schleheck. These key organisms include the bacterium of the species Eubacterium rectale, which is one of the ten most common gut microbes in healthy people. “The E. rectale bacteria ferment sulfoquinovose via a metabolic pathway that we have only recently deciphered, producing, among other things, a sulfur compound, dihydroxypropane sulfonate or DHPS for short, which in turn serves as an energy source for other intestinal bacteria such as Bilophila wadsworthia. Bilophila wadsworthia ultimately produces hydrogen sulfide from DHPS via a metabolic pathway that was also only recently discovered,” explains the microbiologist.

A question of dose: Hydrogen sulfide in the intestine

Hydrogen sulfide is produced in the intestine by our own body cells as well as by specialized microorganisms and has a variety of effects on our body. “This gas is a Janus-faced metabolic product,” explains Alexander Loy, head of the research group at the University of Vienna. “According to current knowledge, it can have a positive but also a negative effect on intestinal health.” A decisive factor, he says, is the dose: In low amounts, hydrogen sulfide can have an anti-inflammatory effect on the intestinal mucosa, among other things. Increased hydrogen sulfide production by gut microbes, on the other hand, is associated with chronic inflammatory diseases and cancer. Until now, mainly sulfate and taurine, which are found in increased amounts in the intestine as a result of a diet rich in meat or fat, were known to be sources of hydrogen sulfide for microorganisms. The discovery that sulfoquinovose from green foods such as spinach and algae also contribute to the production of the gas in the gut therefore comes as a surprise. 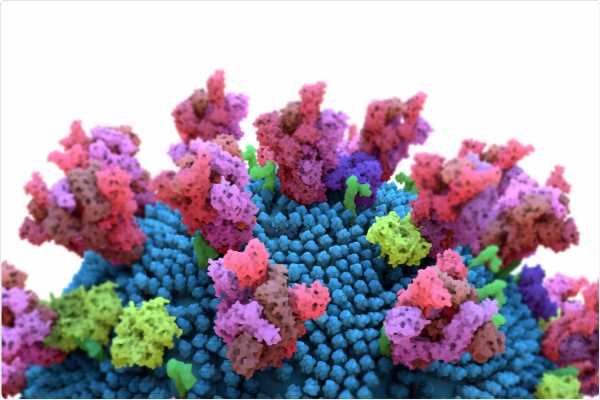