The racial gap in the United States’ COVID vaccination campaign has been eliminated while the partisan divide continues to loom large, according to a highly-cited survey published Tuesday.

More than seven in ten (72 percent) of adults reported receiving one or more doses to KFF researchers who called them September 13-22, roughly tracking with official figures provided by the Centers for Disease Control and Prevention (CDC) for that time.

This included 71 percent of white adults, 70 percent of Black adults, and 73 percent of Hispanic adults.

The figures contrast with earlier in the inoculation drive, when historic and current biases that ethnic minorities encounter in health care were found to be holding back their trust in authorized COVID vaccines.

A KFF survey in April had 60 percent of white adults, 51 percent of Black adults and 47 percent of Hispanic adults reporting they were vaccinated with one dose.

Marcella Nunez-Smith, who leads the White House’s COVID-19 equity task force, told reporters in a briefing this was the result of “intentional work to address those barriers” including vaccination drives at churches and barbershops and tie-ups with ride-sharing companies.

Moreover, she added, the KFF results mirror other recent research on the topic, including a Pew survey of more than 10,000 adults carried out earlier this month and a CDC survey of 19,000 adults.

The percentages across the three vary slightly but point toward the same result, with Hispanic leading followed by Black and then white.

Political affiliation remains a strong factor in vaccination status, according to the latest KFF survey, with 90 percent of Democrats reporting they have received a dose against just 58 percent of Republicans.

Similar right-left divides have been seen in other Western countries and could be linked to libertarian leanings among voters of conservative parties—but the effect is heightened in the United States.

Experts have offered several possible explanations, from former president Donald Trump’s failure to offer his unequivocal support, to anti-science sentiments that have taken root in the Republican Party in recent decades.

Other predictors include insurance status—with fears over surprise bills holding back people without medical coverage, despite the fact that COVID vaccines are paid for by the government and free at the point of care.

Rural residents, white Evangelical Christians, and people without a college degree are among the other groups significantly behind the average vaccination rate.

The survey also probed some of the reasons the newly vaccinated gave to explain their decision. 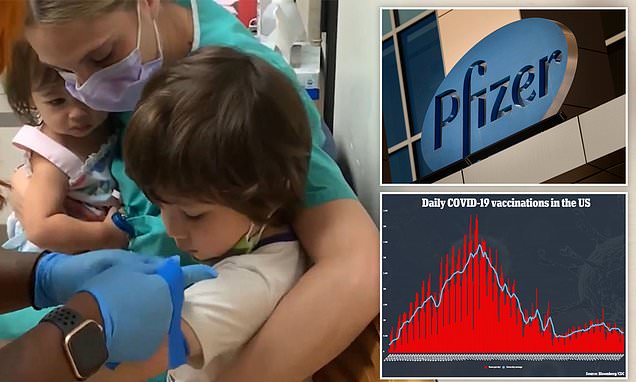