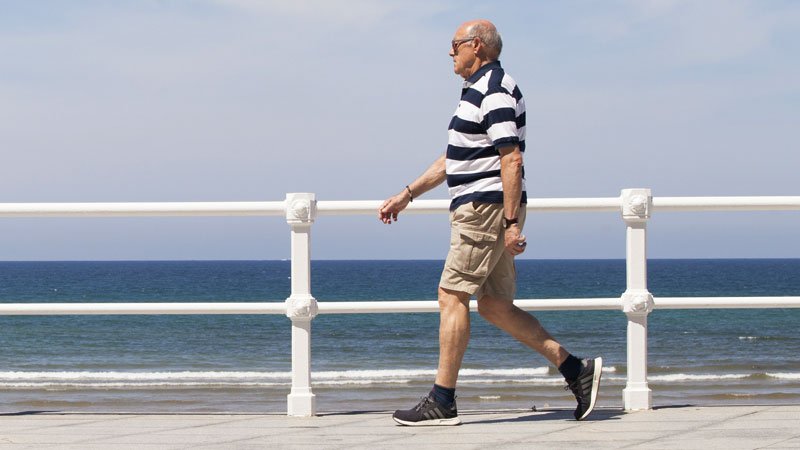 In a large cohort of patients with chronic kidney disease (CKD), 2.5 to 5 hours a week of moderate-intensity physical activity was the optimal amount for protection against cardiac and renal events, and improved survival, researchers report.

The study led by Chou-Pin Kuo, from Taipei Veterans General Hospital and National Yang-Ming University, Taiwan, was published March 10 in the European Journal of Preventive Cardiology.

In the cohort of patients with CKD in the current study, compared with those who did little or no physical activity, those with a high level of physical activity (≥ 7.5 MET-hours/week) had a lower risk of dying from all causes or progressing to end-stage renal disease (ESRD, ie, need for long-term dialysis or a kidney transplant), or having a major adverse cardiovascular event (MACE, a composite of cardiovascular death, myocardial infarction, ischemic stroke, and hospitalized heart failure) — during a median follow-up of 1.9 years up to 12 years.

“Our results suggest that physical activity should be integrated into the clinical care of patients with kidney disease,” senior author Der-Cherng Tarng, MD, PhD, from Taipei Veterans General Hospital and National Yang-Ming University, said in a statement from the European Society of Cardiology.

“Extreme amounts of exercise can induce heart rhythm disorders (arrhythmias) in those with kidney disease,” coauthor Wei-Cheng Tseng, MD, from the same institutions, noted in the statement.

“It therefore seems sensible to avoid very high levels to maximize the benefits and minimize the risks.”

“Our results are informative at both sides of the physical activity spectrum,” Kuo and colleagues summarize.

“A minimum of 7.5 MET-hours/week is recommended for inactive patients to postpone mortality and ESRD, while 15 MET-hours/week appears the safe upper limit of physical activity to avoid exercise-associated increase in cardiovascular mortality.”

“These data suggest an appropriate amount of physical activity for CKD patients to reduce the risks of mortality and major adverse cardiorenal events,” they conclude.

Is There a Dose-Response Effect?

Once CKD progresses to ESRD, patients have a 10- to 20-fold higher risk of cardiovascular death than the general population, which highlights the importance of slowing CKD progression, the researchers write.

Physical activity increases survival and protects against cardiovascular events in CKD, but the detailed dose-response relationship between physical activity and all-cause mortality, ESRD, and MACE has been unclear.

To investigate this, the team analyzed data from 4508 predialysis patients seen in a CKD care program at the Taipei Veterans General Hospital in 2004-2017.

Patients who were highly active were least likely to have one of these outcomes, followed by patients in the low-active and inactive groups (P < .001).

Only patients in the highly active group had a significantly lower risk of these outcomes after adjusting for age, sex, primary renal diseases, comorbidities, medications, and baseline biochemical characteristics including estimated glomerular filtration rate (eGFR) and proteinuria.

Patients in the highly active group also had a significant 38% lower risk of a sustained ≥ 40% decline in eGFR, compared with the inactive group.

A total of 3757 patients with CKD had physical activity levels assessed at 6 months after study entry, and levels had changed in 414 patients.

Patients who went from being highly active to being less active were twice as likely to die or to have a MACE event during follow-up, compared with patients who remained highly active.

“This highlights the importance of maintaining physical activity among patients with kidney disease,” Tseng said.

The authors have reported no relevant financial relationships.