Among the many efforts to contain the spread of the severe acute respiratory syndrome coronavirus 2 (SARS-CoV-2), and thus bring an end to the devastating coronavirus disease 2019 (COVID-19) pandemic, vaccines have been hailed as the most efficacious method. However, fears about possible adverse reactions have undermined public acceptance of vaccines across many groups and in many countries worldwide.

A recent study by researchers in Singapore shows the absence of evidence for adverse effects on fertility or the presence of the vaccine mRNA (messenger ribonucleic acid) in breast milk, following the administration of the Pfizer BNT162B2 COVID-19 vaccine. This supports efforts to prevent the spread of false information about the effects of the vaccine. 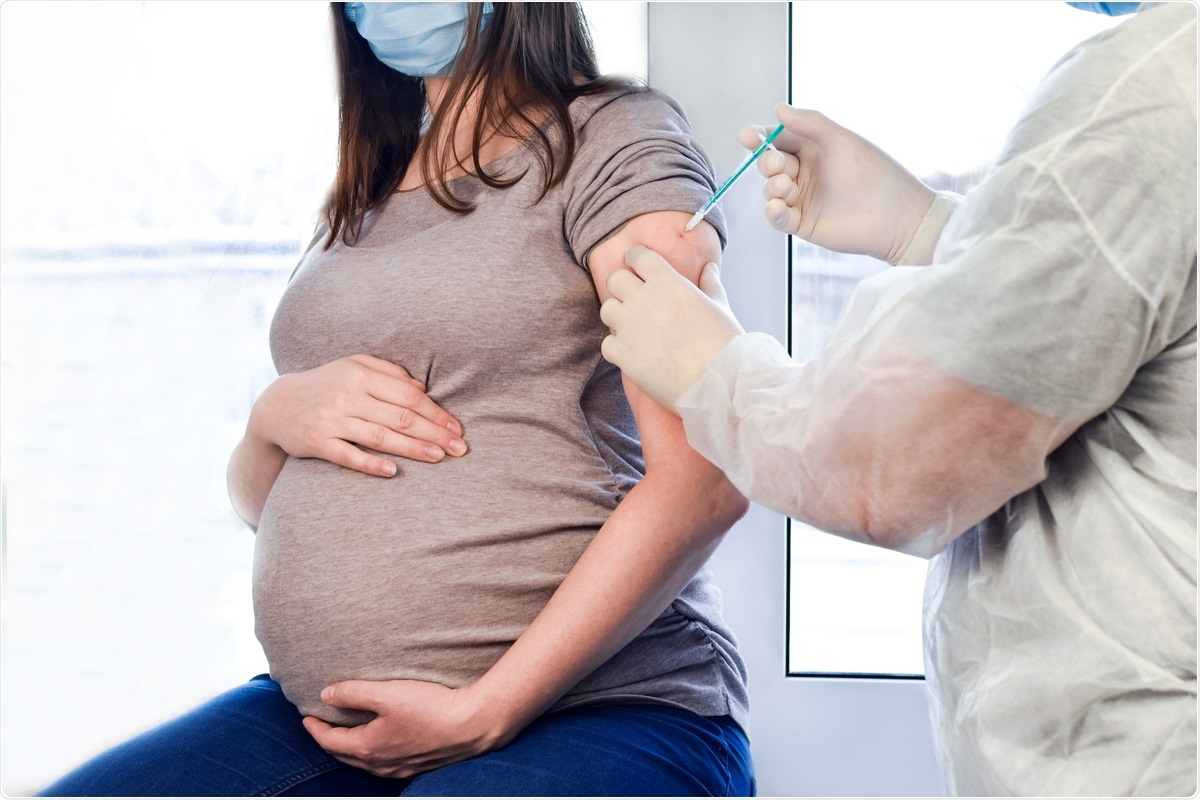 A preprint version of the study is available on the medRxiv* server, while the article undergoes peer review.

Vaccine hesitancy is a growing threat to health authorities who want to extend the global reach of COVID-19 vaccines. The first two vaccines to be approved for emergency use in this pandemic were the Pfizer and Moderna vaccines. Both are lipid nanoparticle-encapsulated mRNA vaccines encoding the viral spike antigen for expression within the host cells following vaccination.

Many social media have spread fears that these vaccines will reduce fertility, and that they pass into breast milk, thus making breastfeeding impossible. In fact, 13% of unvaccinated Americans believe this fertility myth.

A pseudo-scientific and unsubstantiated explanation for this alleged effect on fertility claims that antibodies to mRNA-encoded spike antigen are cross-reactive to a human placental antigen called human syncytin-1, and that this is responsible for miscarriage and infertility.

Syncytin is encoded by endogenous human retroviruses, and are proteins required for gamete fusion, or fertilization, and for placental development. Some degree of similarity between this protein and the SARS-CoV-2 spike S2 domain has given rise to this theory.

Secondly, many people think that the vaccine mRNA persists in breast milk, allowing it to be transmitted to the newborn. Women who believe this may postpone vaccination, or alternatively, stop breastfeeding for a while, despite the withdrawal of any contraindication to vaccination before, during or after pregnancy.

Since pregnancy is a high-risk state for COVID-19 infection, such disinformation may further increase vaccine hesitancy among women in the reproductive years. The current study was meant to add weight to the assurances of scientists that these vaccines do not generate anti-syncytin-1 antibodies and do not impact fertility.

The study population included 15 women working as frontline health workers and two early-pregnancy vaccine recipients. The former received two doses of the Pfizer vaccine. The latter received only one dose, which was given before they knew that they were pregnant, and the second dose was withheld.

In all cases, the vaccine mRNA was detected in plasma within four days of vaccination, with a cycle threshold (Ct) <30. No mRNA related to the vaccine was found in breastmilk.

Plasma from the two early-pregnancy vaccine recipients was collected only at 4 weeks from the first dose, as they did not receive the second. These samples did not show amplification of Pfizer mRNA.

Neutralizing antibodies to SARS-CoV-2 were first found in plasma from vaccine recipients after four days from vaccination. They became strongly positive within 4-7 weeks post-vaccination, indicating the expected immune response to the vaccine. Seroconversion was also observed within the two pregnant vaccine recipients following a single dose, with almost 90% inhibition of the virus.

However, anti-syncytin-1 antibody binding activity was very low, both at 4 days and at 4-7 weeks, below the positive cut-off value. 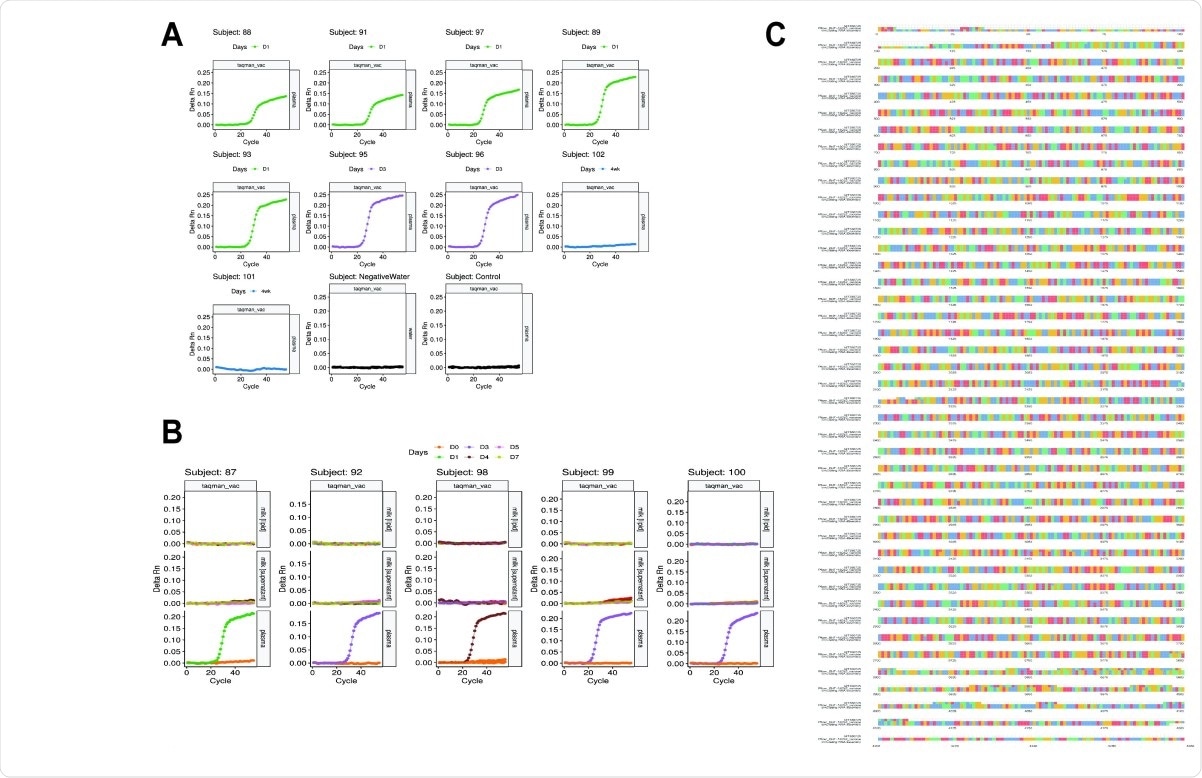 These findings show that vaccine mRNA was not transmitted to breast milk. Conversely, breast milk may contain protective neutralizing antibodies against SARS-CoV-2, which are beneficial to the infant.

These data are, however, limited to the first week after vaccination, as the duration over which vaccine mRNA persists in plasma was not examined in this study. This limitation must be communicated to vaccinated women who seek to know if it is safe to breastfeed afterward.

Anti-syncytin-1 antibodies were also not detected even with high titers of neutralizing antibodies, indicating that cross-reactive antibodies to these proteins on developing placental tissue in early pregnancy are probably not being formed. However, the early data from the US Vaccine Adverse Event Reporting System (VAERS) shows that spontaneous miscarriage is the most common outcome of pregnancy following vaccination with an mRNA vaccine.

Earlier computational alignment of nucleotide and protein sequences from the viral spike protein and human syncytin-1 have shown only two-residue or three residue stretches of similarity between the two. It has been long established that cross-reactivity requires at least 80 stretches of amino acid sequences that are homologous over 35% or more of their extent.

While the findings of this study indicate that “BNT162B2-vaccinated women did not transmit vaccine mRNA to breast milk, and did not produce a concurrent humoral response to syncytin-1,” a definitive answer as to the effect of the vaccine on fertility will come only when larger numbers of women who have been vaccinated soon before they conceived or during early gestation are monitored. 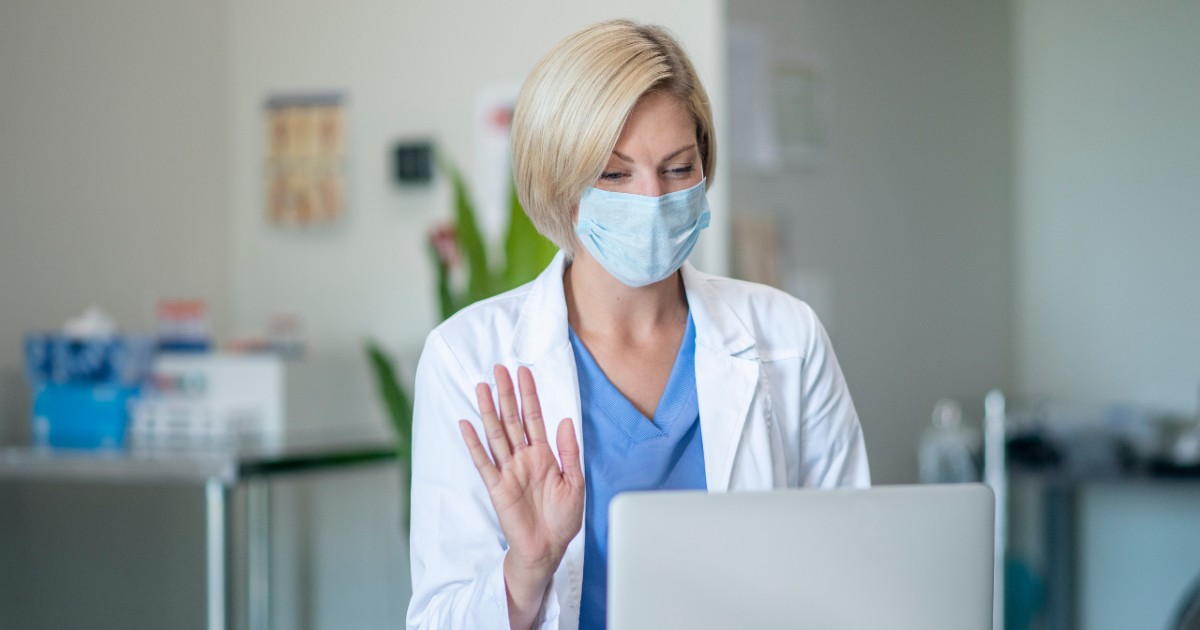 Next post Physicians in favor of permanent telehealth expansion