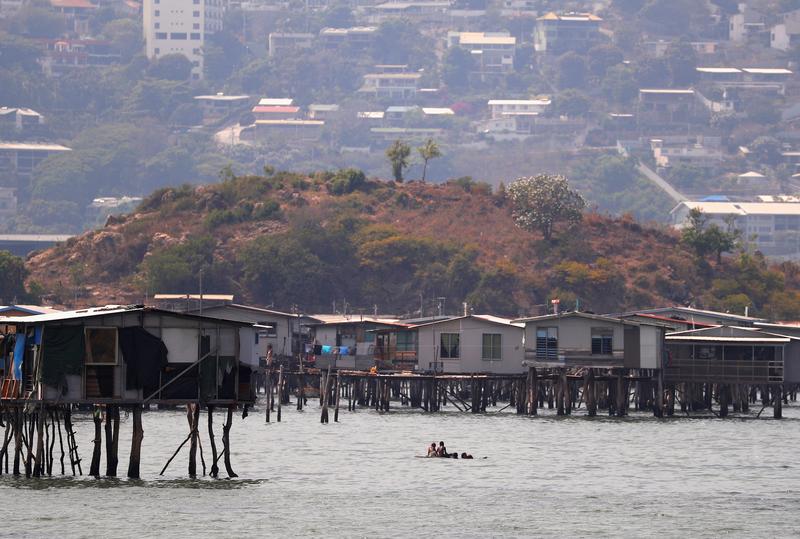 SYDNEY (Reuters) – Half of COVID-19 tests from the Pacific island nation of Papua New Guinea (PNG) processed by Australia have been positive, the leader of Queensland state said on Monday, prompting calls for faster vaccine delivery.

PNG’s Western Province lies within a few kilometres (miles) of Australia’s northern border, and Queensland laboratories are assisting to investigate the worsening outbreak.

Queensland state Premier Annastacia Palaszczuk said Papua New Guinea was “on the doorstep” and she held real concern about the rising infection rate there.

“Out of the 500 tests that our health authorities have done for PNG, 250 have come back positive,” Palaszczuk told reporters on Monday.

Ninety new cases were recorded in Papua New Guinea on Saturday by its government, and a World Health Organisation weekly update was due to be released later on Monday.

PNG Prime Minister James Marape is also expected to make a statement on the worsening epidemic.

The island nation has recorded a total of 2,173 cases and 21 deaths since the pandemic began, according to a PNG government statement. COVID infections have been recorded in 17 provinces.

The latest outbreak is centred on the National Capital District in Port Moresby, and comes after the nation mourned the death of its first prime minister, Sir Michael Somare.

Papua New Guinea granted regulatory approval for the AstraZeneca COVID-19 vaccine last week. The vaccine is not planned to be rolled out until late April, through the COVAX initiative which has allocated one million doses to the Pacific.

Brendan Crabb, chairman of the Pacific Friends of Global Health, said Papua New Guinea is experiencing exponential growth in COVID-19 cases and an emergency plan was needed to assist its small and overstretched health system.

“We were already at this absolute crisis point for the country. Added to that is the Grand Chief Michael Somare’s commemorations over the past week, which if ever there was a super-spreading event in the middle of an already big epidemic, clearly that’s it,” he told Reuters in a telephone interview.

Crabb, the chief executive of the Burnet Institute which works on infectious disease programmes in Papua New Guinea, said Australia had made good commitments to purchasing vaccines for Papua New Guinea, but these needed to be delivered faster.

“We need Papua New Guinea’s 5,000 or so health care workers vaccinated in the next week or two,” he said.

He said if health services are overwhelmed by COVID-19 the treatment of malaria, HIV, and tuberculosis would also collapse.

Australia on Friday committed to spending $77 million to distribute vaccines in the Indo Pacific under an initiative by the Quad group, which also includes the United States, Japan and India. This is additional to the $407 million Canberra has pledged for regional vaccine access to nine Pacific Island countries and Timor-Leste.