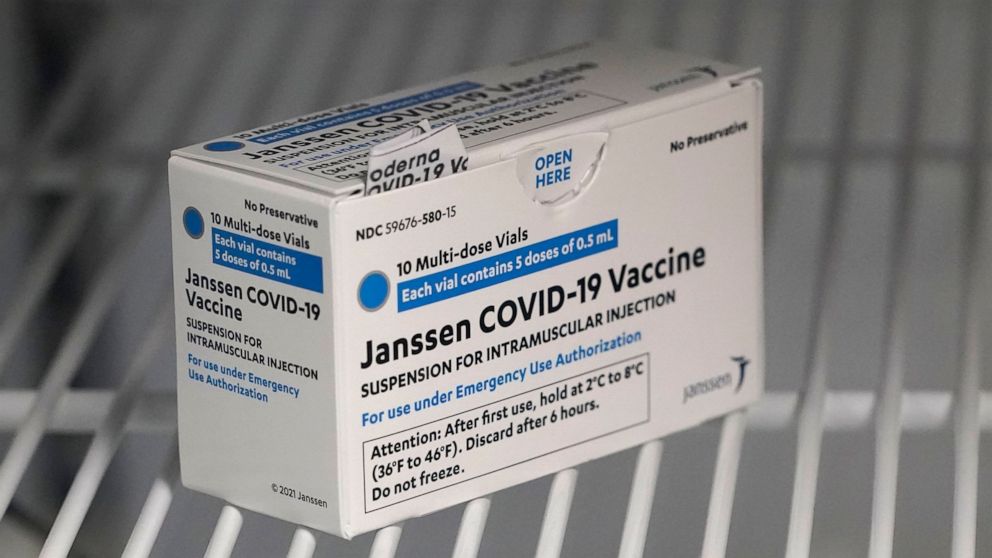 PORTLAND, Ore. — Oregon health officials said Thursday that federal officials are investigating the death of a woman in her 50s who developed a rare blood clot and low platelets within two weeks of receiving the Johnson & Johnson vaccine against COVID-19.

The Oregon Health Authority learned of the probe on Tuesday, two days after the U.S. Centers for Disease Control and Prevention began the investigation, the agency said. The woman, whose name was not released, received the dose before the CDC ordered a pause on the vaccine amid concerns it could cause dangerous clots.

The woman developed a “rare but serious blood clot in combination with very low platelets,” OHA said in a statement.

Health officials declined to release any further details, including the date the woman got the vaccine or where in Oregon she lived, citing patient privacy. The woman was hospitalized before her death and got the vaccine in early April, Sharief said.

Until the investigation is complete, which health officials predict will take a week or more, it’s not certain that her death is related to the vaccine, the agency said.

Federal and state agencies paused the J&J vaccine rollout on April 13 due to concerns about blood clots.

“For most people that received the (J&J) vaccine, we are nearing the end of that time of where they need to be monitoring for symptoms,” Sharief said. The CDC warned that if people have symptoms within three weeks after receiving the vaccine they should contact their health care provider.

Federal officials already were examining six reports of the unusual clots, including a death, out of more 8 million Americans given the one-dose vaccination so far.

The CDC also told Texas health authorities Thursday that a woman in that state was hospitalized with possible blood clots associated with J&J vaccine recipients.

A government advisory committee on vaccines is expected to meet Friday and could make a recommendation soon after on whether and how to resume use of the J&J vaccine.

Sharief said whether Oregon resumes distribution of the J&J vaccine will be a “reflection” of the committee’s decision.

“We have the utmost confidence that it would be a decision made with thorough investigation and consideration of the potential benefits and risks, in relation to each other, as we go through this pandemic,” Sharief said.

Cline is a corps member for The Associated Press/Report for America Statehouse News Initiative. Report for America is a nonprofit national service program that places journalists in local newsrooms to report on undercovered issues.