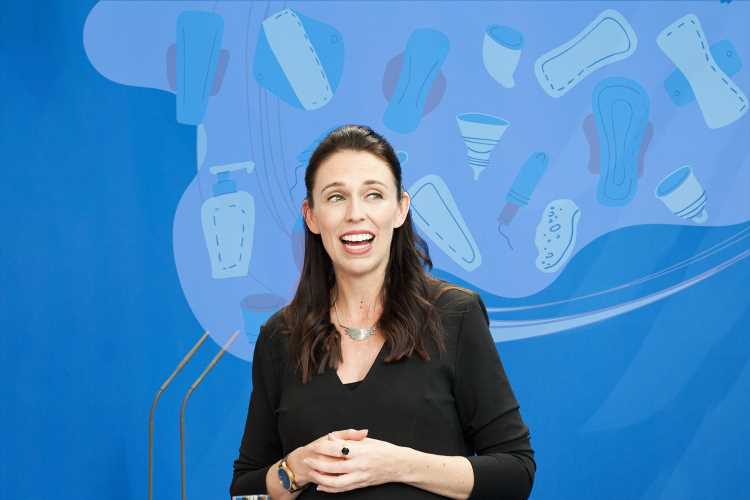 In another ‘Oh god I wish we had Jesinta Arden as our PM moment,’ the New Zealand Prime Minister has announced that all schools will be providing free menstrual products to students.

The concept, which is something we have been talking about for years Down Under, will roll out across NZ over the next three years, according to The New York Times, for students in primary, intermediate, and secondary schools.

“Young people should not miss out on their education because of something that is a normal part of life for half the population,” Ardern said.

The news comes after a six-month pilot program in 2020 that provided free period products to students in 15 schools in New Zealand’s Waikato region.

Arden’s decision at the time followed Scotland’s passing of a historic bill on Feb. 25 to make period products free for all women, plus England and Wales’s government-led scheme, which makes free products available in state-funded schools and colleges.

“We know that nearly 95,000 9- to 18-year-olds may stay at home during their periods due to not being able to afford period products,” Ardern said in a speech on Wednesday. “By making them freely available, we support these young people to continue learning at school.”

While the Victorian State Government became the first state or territory in Australia to ensure every government school student has universal access to free sanitary products in August last year, it is a far cry from a country-wide policy.

The Royal Australian and New Zealand College of Obstetricians and Gynaecologists have been lobbying to get the service country-wide since Scotland’s announcement, with President Dr Vijay Roach trying to start a similar conversation in Australia, however while New Zealand has taken on the initiative, Australia is falling well behind.

“No woman or girl should have to compromise their health or confidence because they cannot afford the products they need to stay healthy,” Dr Roach said.

“As a gynaecologist, I speak to women who have menstrual disturbances every day and I know those disturbances are lifestyle impairing, lifestyle limiting and sometimes life-changing.

“Even normal menstruation has an impact on a woman’s ability to enjoy activities, such as running, swimming, playing sport and sometimes even leaving the house.”

Period poverty doesn’t only affect school-age girls and is a much larger systemic issue, largely because period products are still considered luxury items rather than the essentials they so obviously are.

Come on Scomo, let’s get this moving.