It dawned on Eian Kantor on a Saturday in early April as he brewed a cup of tea from fresh mint leaves: he had lost his sense of smell. The tea suspiciously smelled of nothing at all. Kantor proceeded to rifle through the fridge, sniffing jars of pickles, chili sauce and garlic—nothing.

Ever since New York State went into lockdown in late March, Kantor, age 30, and his girlfriend had stayed isolated in their Queens, N.Y., apartment. So he did not suspect he had COVID-19 despite running a slight fever that he chalked up to seasonal allergies. When he was finally able to get tested weeks into his loss of smell, or anosmia, he tested negative. But months later, he says, several tests showed that his antibodies to the novel coronavirus were “off the charts high, which affirmed that I had had it.”

An estimated 80 percent of people with COVID-19 have smell disturbances, and many also have dysgeusia or ageusia (a disruption or loss of taste, respectively) or changes in chemesthesis (the ability to sense chemical irritants such as hot chilies). Smell loss is so common in people with the disease that some researchers have recommended its use as a diagnostic test because it may be a more reliable marker than fever or other symptoms.

One lingering mystery is how the novel coronavirus robs its victims of these senses. Early in the pandemic, physicians and researchers worried that COVID-related anosmia might signal that the virus makes its way into the brain through the nose, where it could do severe and lasting damage. A suspected route would be via the olfactory neurons that sense odors in the air and transmit these signals to the brain. But studies have shown that this is probably not the case, says Sandeep Robert Datta, a neuroscientist at Harvard Medical School. “My gestalt read of the data to date suggests that the primary source of insult is actually in the nose, in the nasal epithelium,” the skinlike layer of cells responsible for registering odors. “It looks like the virus attacks, predominantly, support cells and stem cells and not neurons directly,” Datta says. But that fact does not mean that neurons cannot be affected, he emphasizes.

Olfactory neurons do not have angiotensin-converting enzyme 2 (ACE2) receptors, which allow the virus entry to cells, on their surface. But sustentacular cells, which support olfactory neurons in important ways, are studded with the receptors. These cells maintain the delicate balance of salt ions in the mucus that neurons depend on to send signals to the brain. If that balance is disrupted, it could lead to a shutdown of neuronal signaling—and therefore of smell.

The sustentacular cells also provide the metabolic and physical support needed to sustain the fingerlike cilia on the olfactory neurons where receptors that detect odors are concentrated. “If you physically disrupt those cilia, you lose the ability to smell,” Datta says.

In a study in Brain, Behavior and Immunity, Nicolas Meunier, a neuroscientist at the Paris-Saclay University in France, infected the noses of golden Syrian hamsters with SARS-CoV-2. Just two days later, about half of the hamsters’ sustentacular cells were infected. But olfactory neurons were not infected even after two weeks. And strikingly, the olfactory epithelia were completely detached, which, Meunier says, resembled skin peeling after a sunburn. Although olfactory neurons were not infected, their cilia were entirely gone. “If you remove the cilia, you remove the olfactory receptors and the ability to detect odorants,” he says.

Disruption of the olfactory epithelium could explain the loss of smell. Yet it remains unclear whether the damage is done by the virus itself or invading immune cells, which Meunier observed after infection. Widespread reports of anosmia with COVID are not typical of other diseases caused by viruses. “We think it’s very specific to SARS-CoV-2,” Meunier says. In a previous study with other respiratory viruses at his lab, he found sustentacular cells infected only rarely, whereas with SARS-CoV-2, about half of cells contained the pathogen. With other viruses, smell is usually compromised by a stuffed-up nose, but COVID doesn’t usually cause nasal congestion. “This is very different,” Meunier says.

Researchers have found a few clues about the loss of smell, but they are less certain about how the virus causes a loss of taste. Taste receptor cells, which detect chemicals in the saliva and send signals to the brain, do not contain ACE2, so they probably do not get infected by SARS-CoV-2. But other support cells in the tongue carry the receptor, perhaps providing some indication of why taste goes away. (Although taste can seem to disappear with anosmia because odors are such a key component of flavor, many people with COVID truly develop ageusia and cannot detect even sweet or salty taste.)

The loss of chemical sensing—the burn of hot chilies or the refreshing sensation of mint—also remains unexplained and largely unexplored. These sensations are not tastes. Instead their detection is conveyed by pain-sensing nerves—some of which contain ACE2—throughout the body, including the mouth.

More clues to how the virus obliterates smell come from people recovering from anosmia. “The majority of patients lose smell like a light switch going off and recover it rapidly,” Datta says. “There’s a fraction of patients that have much more persistent anosmia and recover on longer time scales.” The olfactory epithelium regularly regenerates. “That’s the body’s way of protecting against the constant onslaught of toxins in the environment,” Meunier says.

Still, more than seven months after he first experienced anosmia, Kantor falls in the second group of patients: he has yet to detect any odors at all. “It’s hard because you don’t realize how much you relate to smell until you lose it,” he says. “If the house were on fire, I wouldn’t know it. It’s very concerning.” And then there is what anosmia does to the joy of eating. “Foods that used to be good now taste ‘meh,’” Kantor says.

Carol Yan, a rhinologist at the University of California, San Diego, says that anosmia poses a real health risk. “It actually increases mortality. If you can’t smell and taste food, it can predispose you to harm, like rotten food or a gas leak,” she says. “It can also cause social withdrawal or nutritional deficits.”

The variation on sensory themes extends to another symptom called parosmia, a possible sign of recovery in people with long-lasting anosmia. Freya Sawbridge, a 27-year-old New Zealand woman, is such an individual. She got COVID-19 in March. After several weeks of anosmia and ageusia, when everything tasted of “ice cubes and cardboard,” she says, Sawbridge began to regain the most basic tastes—sweet, salty, sour—but no nuance of flavor, which comes from foods’ aromas. “Chocolate tastes like sweet rubber,” she says.

Then, after about five months, some odors returned but not as expected. For a while, all foods smelled of artificial strawberry flavor. But now “everything smells hideous and distorted,” Sawbridge says. “Nothing is accurate, and the odors are all unpleasant.” The smell of onions, she says, is unbearable, and a strange chemical flavor permeates everything. “All my food tastes like it was sprayed with window cleaner,” Sawbridge adds.

Parosmia may occur when newly grown stem cells that develop into neurons in the nose attempt to extend their long fibers, called axons, through tiny holes in the base of the skull and connect with a structure in the brain called the olfactory bulb. Sometimes axons connect to the wrong place, causing erratic smell, but the miswiring can potentially correct itself, given enough time.

That news is welcome for people such as Sawbridge. But the question she wants answered is: How long will her anosmia last? “We don’t know the final time course of recovery for those with anosmia,” Yan says, but it is usually from six months to a year. “With long-term postviral smell loss from the flu, after six months, there is a 30 to 50 percent chance of spontaneous recovery” without any treatment, she adds. “There have been case reports of recovery after two years. But after that, we think the regenerative capability may be hindered. And the chances of recovery are quite slim, unfortunately.”

Kantor has tried every avenue imaginable to regain his sense of smell: a course of high-dose steroids to reduce inflammation; a smell-training program with essential oils; beta-carotene supplements for nerve regeneration; acupuncture. Nothing has made a difference. Yan recommends “irrigation” of the sinuses with budesonide, a topical steroid shown to improve outcomes in a Stanford University study of people with postflu smell loss for more than six months. Another promising treatment Yan and others are investigating is platelet-rich plasma, an anti-inflammatory concoction isolated from blood that has been used to treat some types of nerve damage. But with any treatment, Yan says, the results “are not amazing. It’s not like you’ll wake up and say, ‘Wow, I can smell again.’ But if you can smell soap again or enjoy the taste of some foods, that’s a big gain.”

There is one final worrying note about anosmia: it has been identified as a risk factor for some neurodegenerative diseases. “After the flu pandemic of 1919, we saw an increase in the prevalence of Parkinson’s disease,” Meunier says. “It would be really concerning if something similar were happening here.”

But Yan thinks that fear is overblown. “There is certainly a link between anosmia and diseases, but we think that viral-induced anosmia is [working by] a totally different mechanism,” she says. “Having postviral anosmia doesn’t put you at higher risk for disease. These are two completely separate phenomena.” That should reassure Sawbridge and Kantor—and the millions of others worldwide affected with COVID-related smell loss.

Read more about the coronavirus outbreak from Scientific American here. And read coverage from our international network of magazines here. 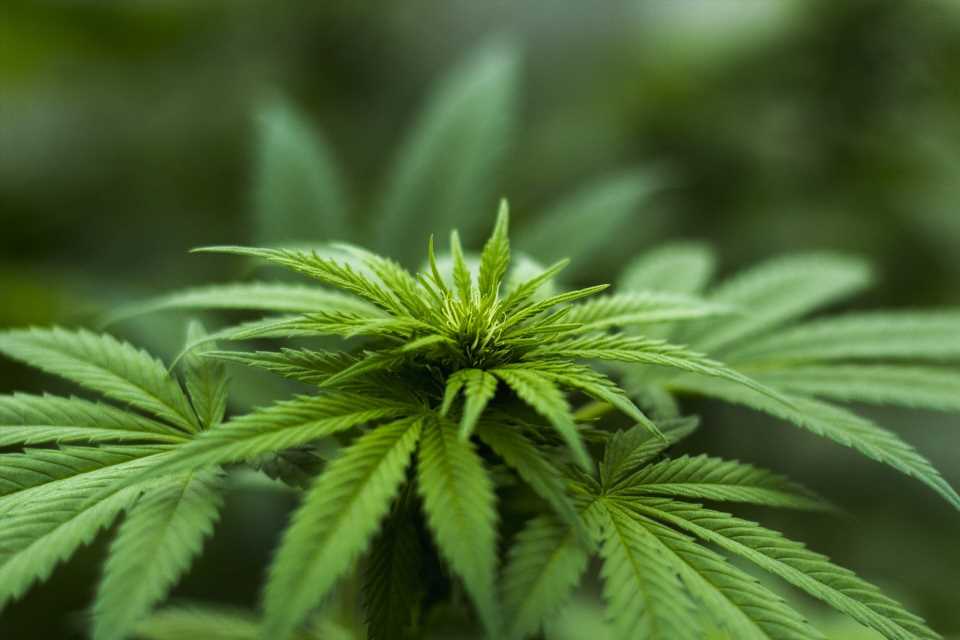 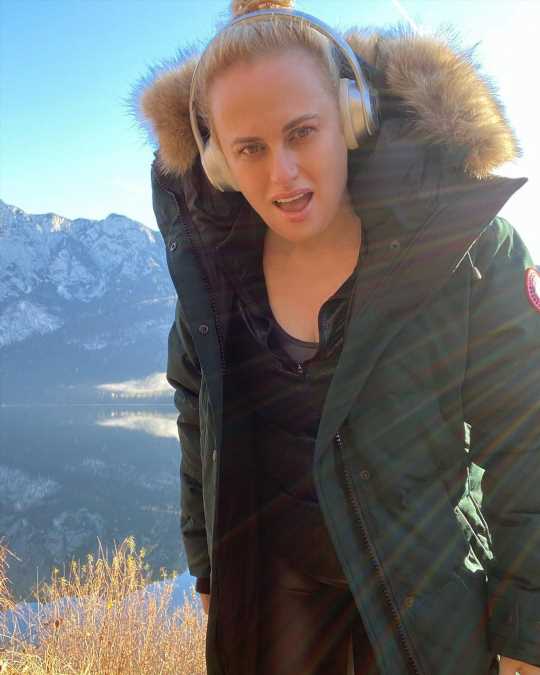 Next post Rebel Wilson Is 'Finishing My Year of Health Off Strong' on a Walk: 'This Is the Place to Be'