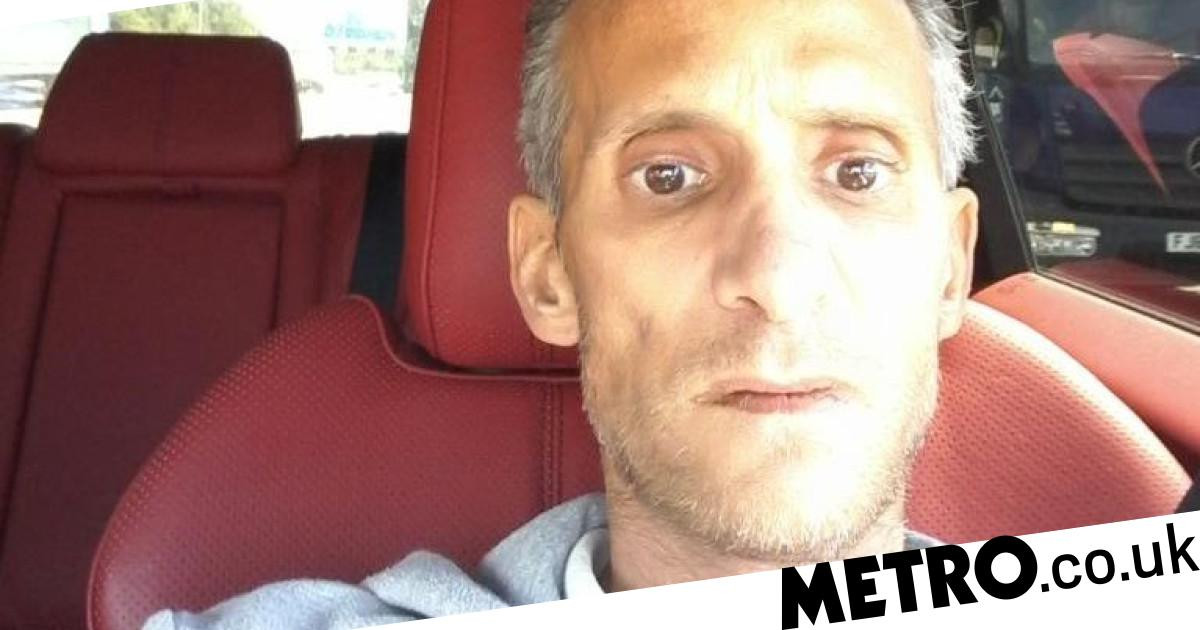 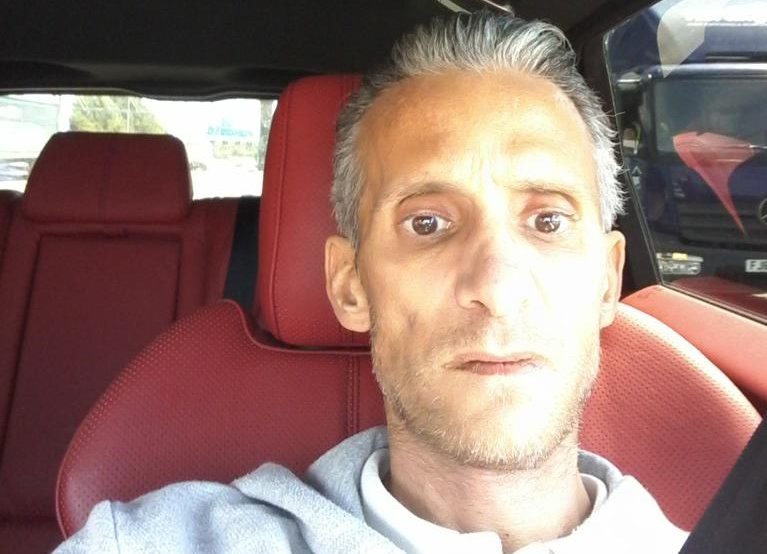 At my lowest point, I was walking down Brentwood High Street begging for £1, so I could buy a can of cider or a box of pills.

I was desperately looking for something to take the edge off my anxiety and withdrawal from codeine – a powerful and addictive painkiller.

I remember wondering how on earth I had got to this point.

Until my drug-taking completely took over, I had worked as a successful City trader, earning as much as £180,000 a year – more than I ever dreamt of when I left school.

My childhood was fairly normal, but I started experimenting with drugs at school, aged 15, as a way to fit in. I wasn’t academic so I left without any qualifications and went to work in Petticoat Lane Market in the East End of London when I was 16, selling children’s clothes.

I was pretty entrepreneurial and knew how to make a living. But when I saw some friends who’d started jobs on the trading floor walking around the market in their designer clothes and coloured trading jackets, I thought, ‘I want some of that.’

So, I sent off about 100 CVs and eventually got a job as a runner in Cannon Street on the trading floor.

I loved the job from day one. I relished the fast-paced atmosphere and the sounds of the trading floor – it could be pretty noisy! It was very different to my job in the market; my stall in the East End felt a million miles away.

My career really started to take off in 1998 when I was working as a broker for a large company. I had a substantial client base made up of a hedge fund, and several propriety traders at large investment banks.

The high-speed nature of the role meant that I always needed to be ‘on the ball’. Part and parcel of that meant entertaining clients in the city and this involved lots of alcohol and cocaine.

It was just the way it was in the City; everyone was doing it and no-one ever questioned it.

At the height of my broking career, I was pretty much spending all I earned on cocaine. In the midst of all this, I met my now ex-wife and we had two children.

My wife was aware of my cocaine problem – but I managed to hide the full extent of it. Meanwhile, I loved being a dad. I looked forward to taking them to soft play centres and to see their grandparents at weekends and in the holidays.

Sadly, this didn’t stop me. I would often go missing for days at a time – I completely ‘lost myself’.

Though I was aware that things were getting out of control, I was still in denial about having a drug problem. Others in the office were also ‘using’, but it was clear that I was becoming a liability and my behaviour was reckless. I was taking too many risks and I just wasn’t able to think clearly.

As the desk manager, I would mislead my colleagues and then they would have to cover up my mistakes.

My career started to go wrong when I failed a drug test in 2008 and essentially got banned from the City. Although I would bring in huge revenue to any new ‘desk’ hiring me, the risk of employing me was fast outweighing the potential returns.

I moved to Spain and started to work on the unregulated markets, with the intention of stopping taking drugs. However, within one day I was ‘using’ again.

I was spending more than I was making – some months I wasn’t able to pay the rent or my kids’ school fees. I was sleeping all day and staying up all night.

After two and a half years in Spain, it was clear we couldn’t stay there any more because my life was completely unmanageable. I had started using harder drugs and things got progressively worse. It got to the point where neither my family or my colleagues wanted to be around me.

We returned to the UK and my family got together and gave me the ultimatum to go to rehab. My health was deteriorating and it had got to the point where I couldn’t even snort cocaine anymore as my septum was destroyed.

The damage to my septum was obvious, but I was so addicted to ‘using’ that I didn’t really think too much about it, which shows just how serious my problem was.

So, soon, I was sent to a facility in Arizona. Although it probably sounds shocking and selfish, I didn’t take it seriously as I knew I wasn’t ready to stop taking drugs. I didn’t go for me – I went for everyone else.

All I left there with was an education on different drugs.

It was at this point that my wife decided she had enough and my marriage ended. Unemployed once again, I moved out of the family home and back in with my father.

My drug use escalated to a new level and I was drinking dangerous amounts of alcohol. I began abusing opiate medication in the form of codeine.

At this point I couldn’t see a way out – my physical dependency was so strong that if I didn’t take drugs then and there, I was sick.

My health was continuing to decline and the effect of the high numbers of tablets I was consuming led me to develop a stomach ulcer, which eventually burst and forced me to spend three weeks in intensive care.

I didn’t tell the hospital about my drug use – they didn’t know that my ulcer had burst because of codeine use and I was wrongly diagnosed with Crohn’s disease, as my bowel and stomach were so corroded. Ironically, there was no form of detox – I was given a continuous opiate dose via an intravenous drip, so I was very comfortable.

I continued to use drugs for another six years until I was admitted to hospital again – this time for surgery to repair the previous stomach ulcer wound, which had re-opened from continued codeine damage.

During this visit, doctors became concerned that I wouldn’t ‘make it’. I weighed less than seven stone, I was malnourished, jaundiced and extremely anaemic. I was broken both physically and emotionally. I quite literally had nothing.

13 months later in June 2017, I entered a different treatment facility. Something had changed for me. My denial had been broken and I knew this was my only chance to live.

I was at this rehab for 12 weeks and I made the decision that from then on I was going to live my life free of substances.

Since then, I have stayed clean. Now four years later, my life is now completely different. I have rebuilt the relationship with my children. I have a new partner and I am due to get married next year. My family trust me and life is good.

When I had been ‘clean’ for three years, I started the process of getting my face and nose re-built and was weeks away from the surgery when we went into lockdown. I’m still waiting for it to be rescheduled.

I have been left with terrible breathing problems and a speech impediment as a result of my cocaine use – it makes me very self-conscious.

I now work as an admissions coordinator for Step by Step Recovery, an addiction treatment centre. My role involves answering the telephone and I am the first point of contact for clients reaching out for help.

Most of the people who call the helpline don’t believe there is a way out and I am able to use my experience to help others – I am committed to being a decent member of society.

I get phone calls from people from all walks of life. Solicitors, teachers, medical professionals, other traders who are lost and broken just like I was.

My outlook on life and how I feel is so very different to how it used to be.

Today I do not live in the same level of fear, shame and chaos that comes with addiction. I now go to bed at night and look forward to tomorrow.

Looking back, there is nothing I could have told myself when I was in active addiction – I wouldn’t have listened to anyone.

But I believe that anyone can change their lives no matter how hopeless and desperate they feel. I wouldn’t swap what I’ve got now for anything.

Step by Step Recovery has an outpatient clinic in Harley Street, London, and a residential rehab in Essex – learn more at stepbysteprecovery.co.uk.

MORE: Heroin addict shares incredible before and after pictures as he recovers from addiction

MORE: I was addicted to prescription drugs for two decades

MORE: How lockdown changed the rules of alcohol recovery