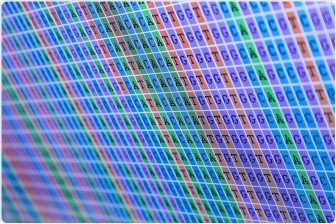 Multiplex Ligation-dependent Probe Amplification (MLPA) is a method for detecting copy number changes using polymerase chain reaction (PCR). MLPA is unique in that it can detect copy number changes in up to 50 different DNA sequences in a single reaction, and it can distinguish sequences differing by only one nucleotide. 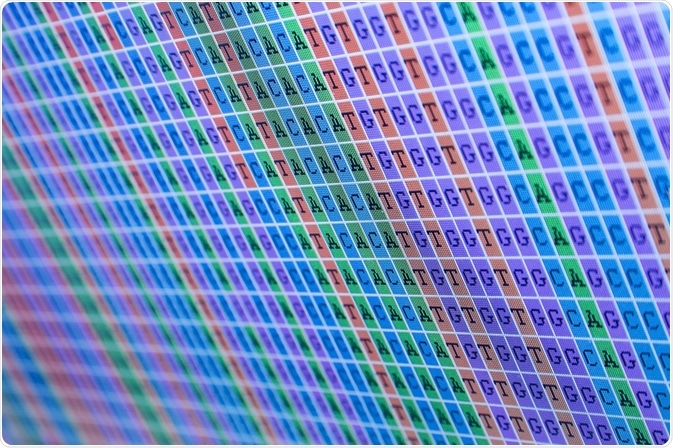 The major application for MLPA is the detection of diseases caused by variations in copy number. Copy number variations (CNVs) are of copies of specific sections of DNA, which are either deleted or repeated. Diseases that arise from CNVs account for up to 10% of hereditary diseases.

It is important to determine exactly what gene duplications/deletions have occurred in order to determine how the genotype correlates with observed phenotypic effects of a disease. For example, complete deletion of the DMD gene results in Duchenne Muscular Dystrophy (DMD), whereas its partial deletion causes Becker Muscular Dystrophy, BMD.

Multiplex Ligation-dependent Probe Amplification (MLPA) is a technique used to accurately describe the characteristics of the specific gene duplications and deletions associated with various diseases. The use of MLPA to detect CNVs offers several advantages over other available techniques such as Southern Blot and FISH:

MLPA can also detect and characterize the methylation status of DNA and the presence of single nucleotide polymorphisms (SNPs).

The reaction mixture is comprised of up to 40 probes, each of which is specific for a particular DNA sequence, together with the DNA sample under investigation. Each probe is comprised of two half-probes (5′ and 3′, respectively).

Probes are short sequences of DNA that contain a target-specific sequence and a universal primer sequence that allows the amplification of multiple DNA target sequences within the DNA sample to occur simultaneously. An additional feature, called the ‘stutter sequence’ allows the production of different sized amplification products, which are copies of specific sections of the target DNA.

The process of MLPA is as follows:

1. Denaturation: The two strands of DNA are separated by heating at a temperature of 98 °C.

2. Hybridization: The MLPA probes are added to the denatured DNA sample where they encounter and bind to their target sequences. The two probes bind on adjacent sites of the DNA target sequence. This is called hybridization.

3. Ligation: The DNA target sequence, complete with the hybridized probes, are ligated (joined) by an enzyme called ligase. This ligation step provides a way to check if hybridization was specific; any mismatches between the probe and target sequence prevents amplification from occurring.

4. Amplification: The polymerase chain reaction (PCR) is used to copy the targeted sequences that have been ligated with the probes. This requires the addition of a polymerase, nucleotides, and a forward and reverse primer. The forward primer is labelled with a fluorescent probe to allow the number of DNA copies to be measured. One key feature of MLPA is that only ligated probes are amplified.

5. Fragment separation: The amplified fragments are separated according to their length using capillary electrophoresis. Each fragment is visualized as a distinct peak pattern called an electropherogram. The predicted lengths of the fragments can be calculated according to the length of the stutter sequence on each probe and the length of the intervening sequence between the adjacent probes.

6. Data Analysis: The data obtained from the DNA sample is compared to a set of reference samples to calculate a probe ratio which reveals the copy number of a gene. For example, most normal genes have a copy number of two, one from each chromosomal pair that results in a copy ratio of 1. A ratio below 1 indicates a deletion, while ratios >1 suggests gene duplication.

It is important to note that weak probe signal could also be caused by a change in the sequence detected by the probe. If the change is adjacent to the ligation site, ligation of the two probes can be prevented.

Lower probe signals may arise if there is a sequence change further away (up to 20 nucleotides from the ligation site) as this can destabilize probe hybridization. Copy number changes detected by a single probe always require confirmation by another method – usually sequencing, long-range PCR, or qPCR.

The following video from the University of Washington describes how primers are designed for PCR.

Variations on MLPA have been developed, including reverse transcriptase MLPA (RT-MLPA) and methylation-specific MLPA (MS-MLPA). RT-MLPA is used to analyze mRNA molecules. Since ligase cannot ligate probes bound to DNA, it is necessary for reverse transcription of the RNA to obtain complementary DNA (cDNA), which can be enacted upon by ligase. The rest of the procedure is the same as standard MLPA.

Detecting methylation of DNA is important as it reveals important information about a gene. Firstly, methylated promoter regions indicated a ‘silenced’ gene; this gene will not be transcribed, nor translated into the corresponding protein it encodes.

Silenced genes can be used as diagnostic tools – for example, the silencing of a tumor suppressor gene leads to uncontrolled cell growth, which is a hallmark of cancer. Secondly, methylation is important in genomic imprinting.

Chromosomal pairs carry identical genes that differ in their expression in a manner that depends on methylation patterns. Detecting these allows researchers to identify which parental chromosome is expressing the gene. The MS-MLPA protocol differs from standard MLPA in that each reaction produces two different samples for capillary electrophoresis analysis. One is processed as a standard MLPA reaction to report on copy number changes, and the other is incubated with methylation-sensitive HhaI endonuclease while the probes are simultaneously ligated.

Unmethylated DNA, along with hybridized probes are digested. Subsequently, this is not amplified by PCR and will not generate a signal. In contrast, methylated DNA sequences are amplified, generating a signal. The copy number is determined by comparing the undigested reaction with the reference sample, and the methylation pattern is determined by comparing the undigested sample to its digested counterpart.

Catherine Shaffer is a freelance science and health writer from Michigan. She has written for a wide variety of trade and consumer publications on life sciences topics, particularly in the area of drug discovery and development. She holds a Ph.D. in Biological Chemistry and began her career as a laboratory researcher before transitioning to science writing. She also writes and publishes fiction, and in her free time enjoys yoga, biking, and taking care of her pets.