The researchers, led by Clifford Woolf, MD, Ph.D., director of the F.M. Kirby Neurobiology Center at Boston Children’s, and first authors Xuan Huang, Ph.D., and Kasper Roet, Ph.D., in Woolf’s lab, describe the platform and their findings June 8 in the journal Cell Reports.

To create the motor neurons used for drug screening, the team used induced pluripotent stem cells, made by the lab of Kevin Eggan at Harvard University from tissue samples of patients with ALS who carried the SOD1(A4V) mutation. The Woolf lab also developed a high-throughput, live-cell imaging technology to measure the motor neurons’ hyperexcitability—the tendency to “fire” excessively—before and after exposure to candidate drugs. Woolf and colleagues previously showed that human motor neurons with ALS mutations are more excitable than normal motor neurons.

“This hyperexcitability makes the motor neurons more susceptible to degeneration and ultimately death,” says Woolf. “Our imaging platform is able to rapidly evaluate hyperactivity in 384-well plates of motor neurons and test the cells’ response to thousands of different drugs.”

The technology, called GCaMP imaging, had not been used on a mass scale before for ALS. GCaMP is a fluorescent reporter of calcium levels in the neurons, an indicator of how frequently the neurons are firing action potentials.

In all, the researchers screened a library of 2,900 drugs from Pfizer with known, annotated actions. After three rounds of screening, they found 67 compounds that reduced the hyperexcitability of the patient-derived motor neurons, without causing toxicity. 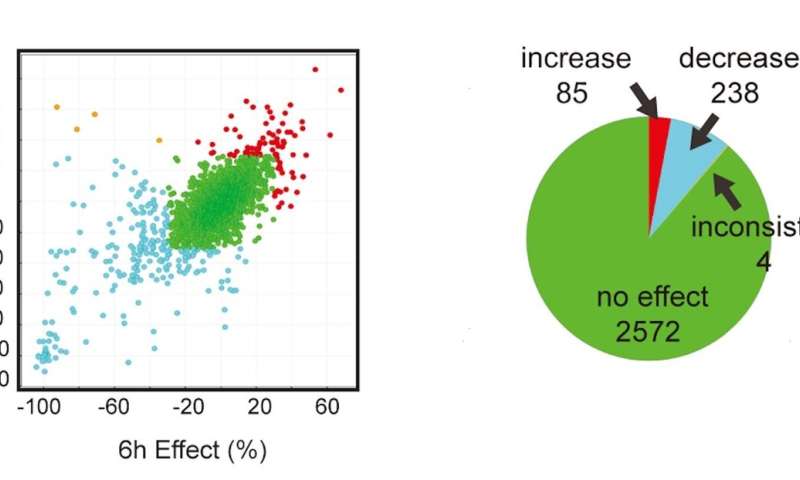 “By doing a screen aimed at reversing the ALS motor neuron disease phenotype—namely, hyperexcitability—we were able to discover new targets and disease mechanisms and confirm others in an unbiased way,” says Woolf.

Further investigations homed in on 13 potential drug targets with the greatest effects, seven of which belonged to two classes (AMPA receptors and Kv7 potassium channels) already known to be associated with ALS hyperexcitability. Kv7 channel-opening drugs were found to decrease motor neuron hyperexcitability in ALS in a recent clinical trial. QurAlis, a company co-founded by Woolf, Eggan, and Roet, is developing these drugs as therapies for ALS.

The current study also found a promising new class of candidate drugs, agonists to the dopamine D2 receptor (DRD2). These receptors’ role in motor neuron hyperexcitability had not previously been recognized. Some DRD2 agonists (bromocriptine, sumanirole) are commercially available, opening the possibility of using them in patients with ALS.

Woolf is continuing to use human neuron screening platforms to identify novel targets for treating pain and neuropathy.