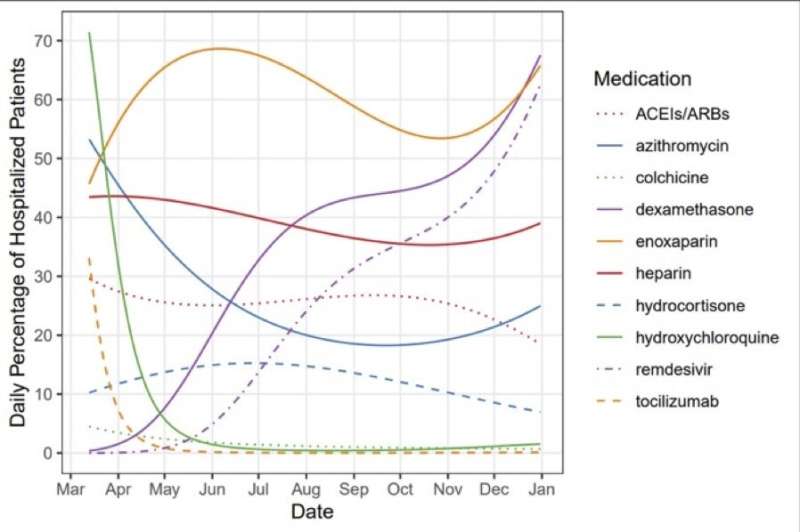 A record of medicine utilization patterns assembled by an interdisciplinary team of researchers at the University of California, Irvine and the UC San Diego School of Medicine reveals the thought, care and scientific rigor clinicians at UC Health medical centers applied in their treatment of patients with COVID-19 in 2020.

For a study published today in JAMA Network Open, the investigators examined data on the usage rates of 10 different medicines and medicine categories to map how drugs were used on people hospitalized with the viral infection.

The authors got their data from the University of California COVID Research Data Set and tracked 22,896 patients admitted to UC Health medical centers in Davis, Irvine, Los Angeles, San Diego and San Francisco between March 10 and Dec. 31, 2020.

“The home run of this paper is really in the figures built from the UC CORDS database,” said lead author Jonathan Watanabe, UCI professor of clinical pharmacy. “You can clearly see how usage of certain medicines grew or declined over the course of the pandemic and how those movements were tied to evidence-based decisions being made by UC healthcare providers in real time. You can monitor the evolution in how we treat our sickest patients.”

A stark example can be seen in the shift in acceptance of the antimicrobial medication hydroxychloroquine, which was the subject of public discussion in White House briefings and substantial media attention. In the early stages of the pandemic, the drug was given to more than 40 percent of patients, but by June, usage was below 5 percent. Usage of another drug in that class, azithromycin, fell from 40 to 30 percent in that same timeframe.

“There were some studies conducted in the early part of the pandemic that were not particularly well-designed and were limited in size that appeared to show hydroxychloroquine to be useful,” said Watanabe, who’s also UCI’s founding associate dean of pharmacy assessment and quality in UCI’s School of Pharmacy & Pharmaceutical Sciences. “We saw high uptake of the drug early on, but then it just cratered, because as time progressed and more high-quality trials came in, it was shown to be not effective.”

The opposite can be seen with dexamethasone, which increased from being administered to 1.4 percent of patients per day on March 31 to 67.5 percent by the end of December. The inexpensive, generic corticosteroid was found to be effective in large trials in hospitalized patients in the U.K., according to Watanabe.

“At first glance, a lot of people might say you wouldn’t want to use a corticosteroid that, theoretically, could reduce the immune response in a COVID patient,” he said. “But the trials really demonstrated that the knee-jerk mechanism of action-response was not correct in this case: The anti-inflammatory effect of the drug to tame cytokine storms was evidently more important than any blunting of the immune response.”

Remdesivir use grew 12-fold, from 4.9 percent on June 1 to 62.5 percent on Dec. 31. Watanabe said one possible explanation for this is that the medication was only available in conjunction with trials in the UC system in the early part of the pandemic and was more widely distributed as time went on.

Enoxaparin, used to both treat and prevent thrombosis, also proved effective against COVID-19, of which blood clots are a common symptom. The drug remained above 50 percent in usage throughout 2020.

“We tend to put hospitalized patients in general on an anticoagulant to reduce the risk of clots, which can happen because they may be lying in place immobile for long stretches,” Watanabe said. “But then we started to notice thrombophilia in COVID patients, so enoxaparin and heparin both became very important not just as prophylaxis but as treatments.”

He noted that the utilization numbers in the paper show how physicians and other healthcare professionals responded to evidence and their own observations effectively in real time and that such information is important for clinicians to know for future planning purposes in terms of both treatment decision-making and ensuring a robust supply of proven drugs. 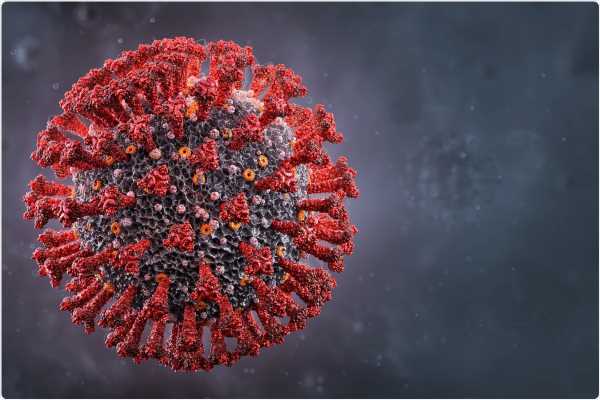