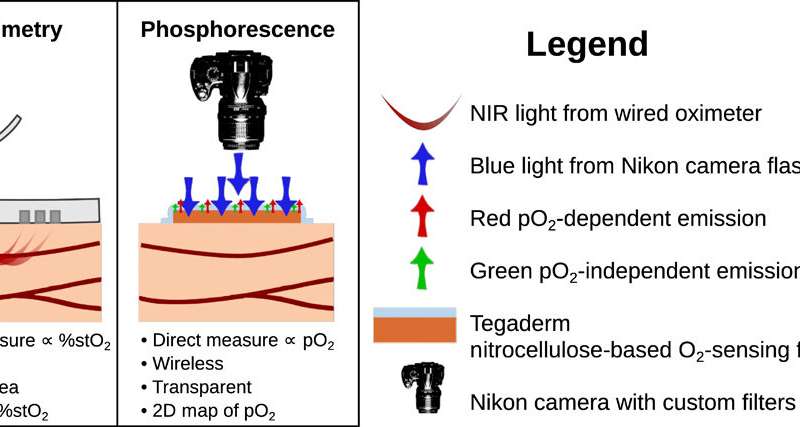 In the first human clinical trial, researchers at Massachusetts General Hospital (MGH) and surgeons at Beth Israel Deaconess Medical Center (BIDMC) have validated the practicality and accuracy of an oxygen-sensing liquid bandage that measures the concentration of oxygen in transplanted tissue. The trial, published in Science Advances, compared the performance of a novel, paint-on bandage made with phosphorescent materials to a wired tissue oximeter (ViOptix device)—the current standard for monitoring tissue oxygenation—in women undergoing breast reconstruction surgery after cancer.

“Our trial showed that the transparent liquid bandage detected tissue oxygenation as well as the gold standard of an oximeter, which uses old technology, is uncomfortable for the patient, obstructs visual inspection of the tissue, and can give false readings based on lighting conditions and the patient’s movements,” says Conor L. Evans, Ph.D., the paper’s senior author and a principal investigator at MGH’s Wellman Center for Photomedicine. “The standalone bandage is a major advancement from a wired oximeter that restricts a patient’s movements and is complicated to use.”

The research team took on the challenge of building a better tissue oxygenation sensor following a request from the Department of Defense seeking to reduce failure rates of tissue transplant surgeries and skin grafts in injured soldiers. The technology underlying the bandage was developed through the support of the Military Medical Photonics Program. The trial tests the bandage in breast reconstruction, a common type of free-flap transplant surgery in which plastic surgeons harvest skin, fat, arteries and blood vessels from the patient’s abdomen and microsurgically reattach the tissue and vessels to the chest.

Five women undergoing breast reconstruction were enrolled in the trial from March to September 2017. The liquid bandage was painted on in a 1 cm by 1 cm area on seven transplanted flaps (two women had both breasts reconstructed). A wired oximeter was also placed on each flap, and tissue oxygenation was monitored for 48 hours after surgery. The bandage measures the amount of oxygen getting to the tissue itself, while the ViOptix reads the amount of oxygen saturation in the blood with near-infrared spectroscopy—a less direct measurement of crucial blood flow to the transplant.

In this study, a clinician-researcher took photos of the bandage with a digital camera with custom filters following surgery. The flash from the camera excited the phosphorescent material in the bandage, which then glowed red to green based on the amount of oxygen present in the tissue. Evans and colleagues have since developed a battery-powered sensor head for the bandage that eliminates the need for the camera and makes the bandage self-contained. The prototype study was published in Biomedical Optics Express.

In all seven flaps, the tissue oxygenation rate of change measured by the bandage correlated with the oximeter, and all seven flaps were successful. The researchers are currently designing a clinical trial to study how well the bandage detects a flap that is failing from lack of oxygen.

“The ability to have a wireless oxygen monitoring device for blood flow is potentially a gamechanger,” says Lin. 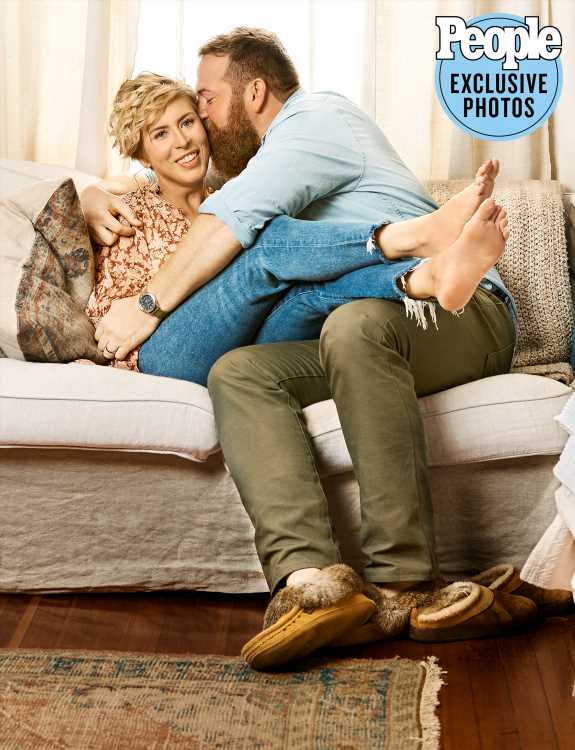