The use of non-steroidal anti-inflammatory drugs (NSAIDs), such as ibuprofen, does not lead to higher rates of death or severe disease in patients who are hospitalised with COVID-19, according to a new observational study of more than 72,000 people in the UK published in The Lancet Rheumatology journal.

NSAIDs are common treatments for acute pain and rheumatological diseases such as rheumatoid arthritis and osteoarthrosis. Early in the pandemic, there was debate on whether the use of such drugs increased the severity of COVID-19, which led to urgent calls for investigations between NSAIDs and COVID-19.

The ISARIC CCP-UK (International Severe Acute Respiratory and emerging Infection Consortium Clinical Characterisation Protocol United Kingdom) study, which is the largest of its kind, provides clear evidence that the continued use of NSAIDs in patients with COVID-19 is safe.

Prof Ewen Harrison, of the University of Edinburgh and lead author of the study, said: “NSAIDs are commonly used to treat people all over the world for a range of conditions, from minor aches and pains to chronic conditions such as arthritis and cardiovascular disease. Many people rely on them to be able to carry out their day-to-day activities. When the pandemic began over a year ago, we needed to be sure that these common medications would not lead to worse outcomes in people with COVID-19. We now have clear evidence that NSAIDs are safe to use in patients with COVID-19, which should provide reassurance to both clinicians and patients that they can continue to be used in the same way as before the pandemic began.”

The study collected data on the medication patients had been prescribed, were currently taking, or had taken within 14 days prior to being admitted to hospital, as well as demographic information, and medical history. The study cohort included patients with confirmed or highly suspected COVID-19 infection admitted to 255 healthcare facilities in England, Scotland, and Wales, between January and August 2020. Of the 72,179 patients eligible for the study, 5.8% (4,211) had taken NSAIDs prior to admission

Modelling analyses were used to estimate the effects of NSAIDs taken prior to hospitalisation on mortality rates in hospital, disease severity, admission to critical care, requirement for invasive or non-invasive ventilation, use of supplemental oxygen, or development of acute kidney injury, which were then compared to patients who had not taken NSAIDs. Those who took NSAIDs were no more likely to be admitted to critical care, need invasive or non-invasive ventilation, or require oxygen.

The authors noted some limitations to the study. Despite being the largest ongoing prospective study of patients admitted to hospital, it only represents 60% of hospitalised patients in the UK over the time of the study and it did not include patients with severe COVID-19 who were not hospitalised. However, it would be expected that most patients who had severe COVID-19 would have been admitted to hospital and therefore included in the study, the authors said. The study did not determine whether patients continued to be given NSAIDs while they were in hospital, so the authors cannot make any recommendations on this. 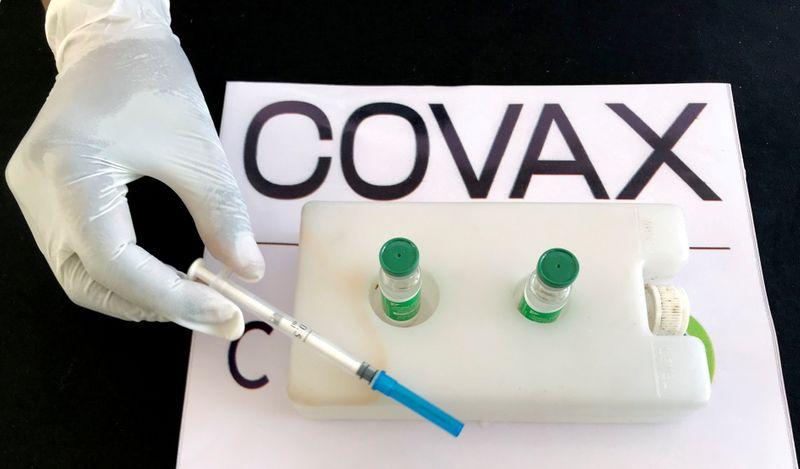 Next post GAVI in talks with China's Sinopharm, other vaccine makers for COVAX doses