The inhalation of carbon dioxide (CO2) by mice a few hours after they formed a new fearful memory makes that memory stronger, so that the mice show more distress when they are prompted to 'retrieve' (ie, recall) it. That is the conclusion of a recent in Frontiers in Behavioral Neuroscience by neuroscientists from the University of Iowa, US.

The authors also show that the memory-strengthening effect of CO2 only occurs when the protein acid-sensing ion channel-1a (ASIC1A) is functional in the mouse brain. If the human version of the ASIC1A gene will ultimately prove to have a similar role in the formation of fearful memories, interventions targeting this molecular pathway could one day be a useful strategy for the treatment strategy of people with post-traumatic stress disorder (PTSD).

The new study is part of a growing body of evidence suggests that fearful memories may be altered after they are formed. In particular, retrieving a memory is thought to reactivate the memory trace in the brain, making the memory 'labile', prone to modification, mitigation, or replacement by competing memories – unlike so-called 'consolidated' memories that are difficult to change.

Experimental studies on memory formation and modification often use mice as a model organism, just as we do here. For example, a recent study found that breathing in CO2 while recalling a memory made fearful memories in mice more labile. This effect was shown to depend on ASIC1A, a molecule in neurons that can detects acidosis, an increase in acidity in body fluids, caused by breathing in CO2."

Postdoctoral researcher Dr Amanda M. Wunsch, the study's other first author, says: "These previous studies inspired us to look further at effect of CO2 on memory formation and the role played by ASIC1A. Here we show for the first time that CO2 inhalation by mice around the time when they learn about novel cues, and form new fearful memories, strengthens these memories. We also show that this effect only occurs if ASIC1A is present."

The researchers used so-called cued conditioning to make laboratory mice afraid of a sound cue: a series of five 20-seconds-long tones of 3 kHz. The memory was fearful for the mice, because a mild electric shock had been delivered to them after each tone during the conditioning process. By playing back the tone afterwards, this time without any shocks, in a novel environment, the mice were prompted to retrieve the fearful memory. They would respond by bodily 'freezing', a typical distress behavior of rodents, shown for example in the presence of predators in nature. The experiments had been thoroughly vetted and cleared by the Animal Care and Use Committee of the University of Iowa.

Taugher, Wunsch, and colleagues compared the frequency and duration of the mice's freezing behavior between two treatments: an experimental one where the mice were exposed to a 30-minute-long burst of 10% carbon dioxide 1 h after first acquiring the fearful memory, and a control one where the carbon dioxide was replaced with air. They found that compared to air-exposed mice, CO2-exposed mice spent approximately one-third more time 'frozen' when prompted to retrieve the fearful memory by playback of the tone. In further trials, where the learned fearful cue was no longer the tone but the general environment, especially the lighting, odor, and floor texture – so-called context conditioning – CO2 inhalation had the same memory-strengthening effect.

The researchers conclude that CO2 inhalation after a fearful memory is formed helps to strengthen the memory in mice. In follow-up experiments, they show that the memory-strengthening effect depends on timing: the memory of fearful cues or contexts is strengthened if 1 to 4 h elapse between a memory's first formation and exposure to CO2, but not if 24 h elapse between them. They also demonstrate that the memory-strengthening effect is unique to CO2, and not a general effect of stressful events.

Surprisingly, Taugher, Wunsch et al. found that the same treatment with CO2 has an opposite, memory-weakening effect on a different type of memory: namely, the remembering familiar objects. The researchers speculate that this contrast is due to different molecules and brain circuits being involved in different types of memories.

"Naturally, our results from mice need to be repeated in people. However, our present findings suggest that people who have acidosis in the brain at the time when they experience a traumatic event might have an increased risk of developing PTSD," says corresponding author Prof John A. Wemmie, the Roy J Carver Chair of Psychiatry and Neuroscience at the University of Iowa.

"They also raise the intriguing possibility that interventions that prevent acidosis shortly after people experience a traumatic event might help to prevent of PTSD."\

Previous post Study compares the survival rates of cardiac arrest in catheterization lab, versus the OR and ICU 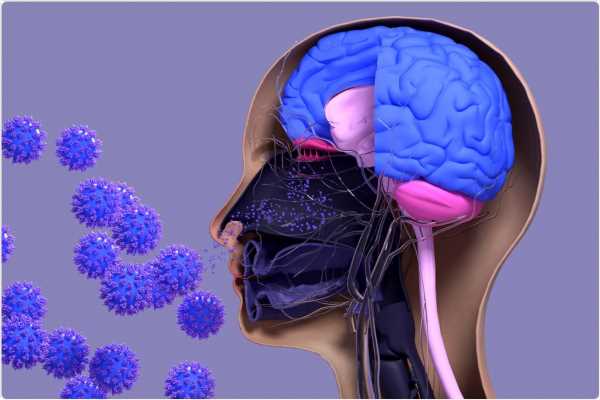