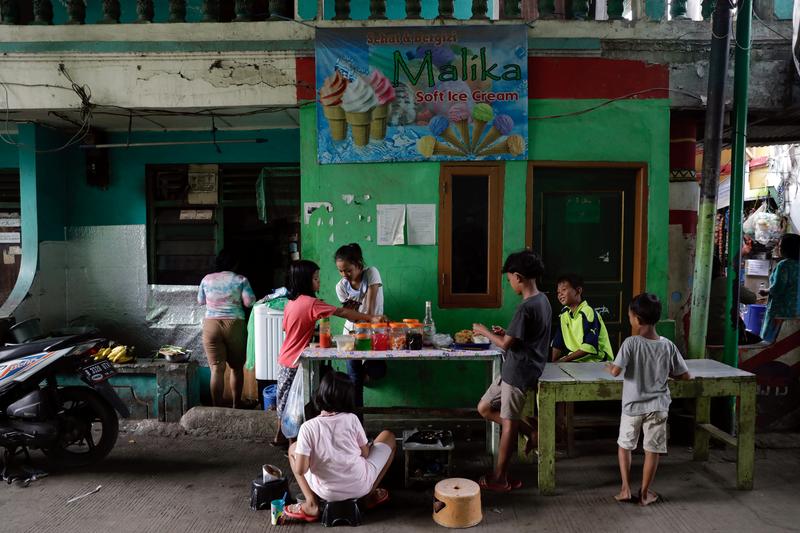 FILE PHOTO: Children gather at a street-food shop at the Muara Baru neighborhood, amid the the spread of coronavirus disease (COVID-19) disease in Jakarta, Indonesia, July 14, 2021. REUTERS/Willy Kurniawan

Indonesia has one of the world’s worst coronavirus outbreaks due to a rapid spread of the Delta variant, reporting around 1,000 deaths from the respiratory disease each day in the past week, including a new record on Wednesday of 1,383 fatalities.

The number of daily new infections has fallen in recent days, with Wednesday’s 33,772 the lowest since July 6 and a sharp drop from the 56,000 cases reported a week earlier.

However, the sprawling archipelago country of 270 million people has also been conducting fewer tests, which authorities said was due to labs being closed in the days around Tuesday’s Muslim Eid al-Adha festival.

Authorities have imposed mobility restrictions since July 3 for Java and Bali islands and other cities. On Tuesday they were extended until July 25, but authorities have begun to discuss a gradual easing.

Luhut Pandjaitan, a senior minister overseeing Indonesia’s COVID-19 response, said the curbs have managed to control the outbreak, with the hospital bed occupancy ratio falling to about 80% in some cities from over 90%.

If cases continue to fall and other indicators improve, restrictions will be eased starting Monday, he said in a joint news conference with other ministers. “We will be prudent but we want to be careful so that things that have been improving do not take a turn for the worse,” he said.

Before the gradual reopening, the government will increase testing capacity, especially in heavily populated places in the Greater Jakarta area and other big urban agglomerations, Luhut said.

“We hope to begin in one or two days and we will do so massively so that when we ease on the 26th, if all goes well, we will underline testing, tracing and vaccination. They will all go in parallel,” he said.

The government has also banned entry of foreign workers into Indonesia, except for those with existing permits or on diplomatic or humanitarian missions, until further notice, law minister Yasonna Laoly said.

Laura Navika Yamani, an epidemiologist with Indonesia’s Airlangga University, said any talk of relaxing curbs is premature as the positive test rate has remained high.

Wednesday’s rate was 29%. The World Health Organization says a rate of 5% indicates an epidemic is under control.

“That the curbs have reduced cases isn’t clear. We can’t say (they are) effective yet,” Laura said.

Indonesia has vaccinated about 6% of its population.