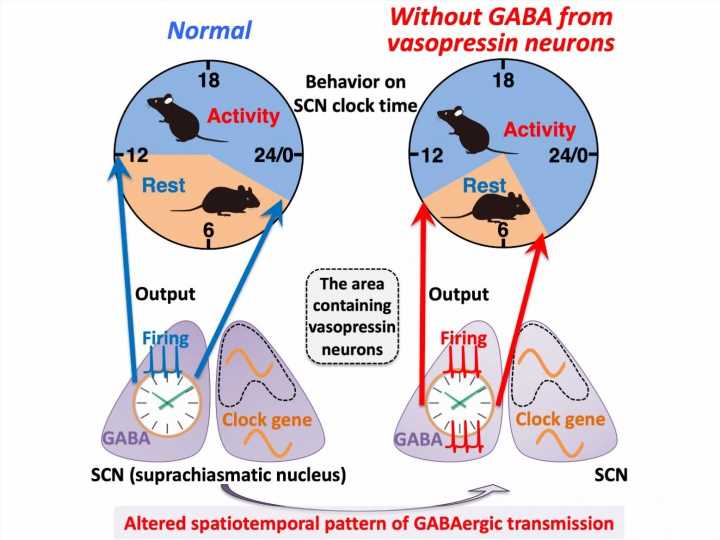 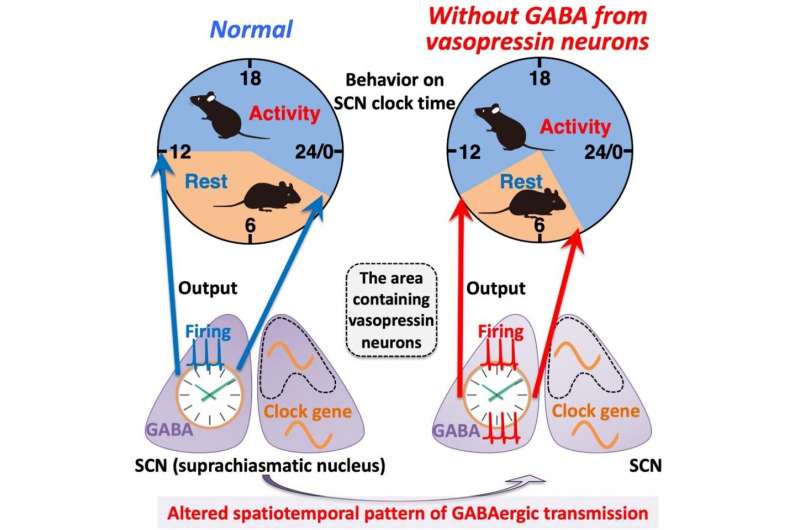 Our bodies and behaviors often seem to have rhythms of their own. Why do we go to the bathroom at the same time every day? Why do we feel off if we can’t go to sleep at the right time? Circadian rhythms are a behind-the-scenes force that shape many of our behaviors and our health. Michihiro Mieda and his team at Kanazawa University in Japan are researching how the brain’s circadian rhythm control center regulates behavior.

Termed the superchiasmatic nucleus, or SCN, the control center contains many types of neurons that transmit signals using the molecule GABA, but little is known about how each type contributes to our bodily rhythms. In their newest study, the researchers focused on GABA neurons that produce arginine vasopressin, a hormone that regulates kidney function and blood pressure in the body, and which the team recently showed is also involved in regulating the period of rhythms produced by the SCN in the brain.

To examine the function of these neurons, and only these neurons, the researchers first created mice in which a gene needed for GABA signaling between neurons was deleted only in vasopressin-producing SCN neurons. “We removed a gene that codes for a protein that allows GABA to be packaged before it is sent to other neurons,” explains Mieda. “Without packaging, none of the vasopressin neurons could send out any GABA signals.”

This means that these neurons could no longer communicate with the rest of the rhythm control center using GABA. On the surface, the results were simple. The mice showed longer periods of activity, beginning activity earlier and ending activity later than control mice. So, lack of the packaging gene in the neurons disrupted the molecular clock signal, right? In fact, the reality was not so simple. Closer examination showed that the molecular clock progresses correctly. So, what was happening?