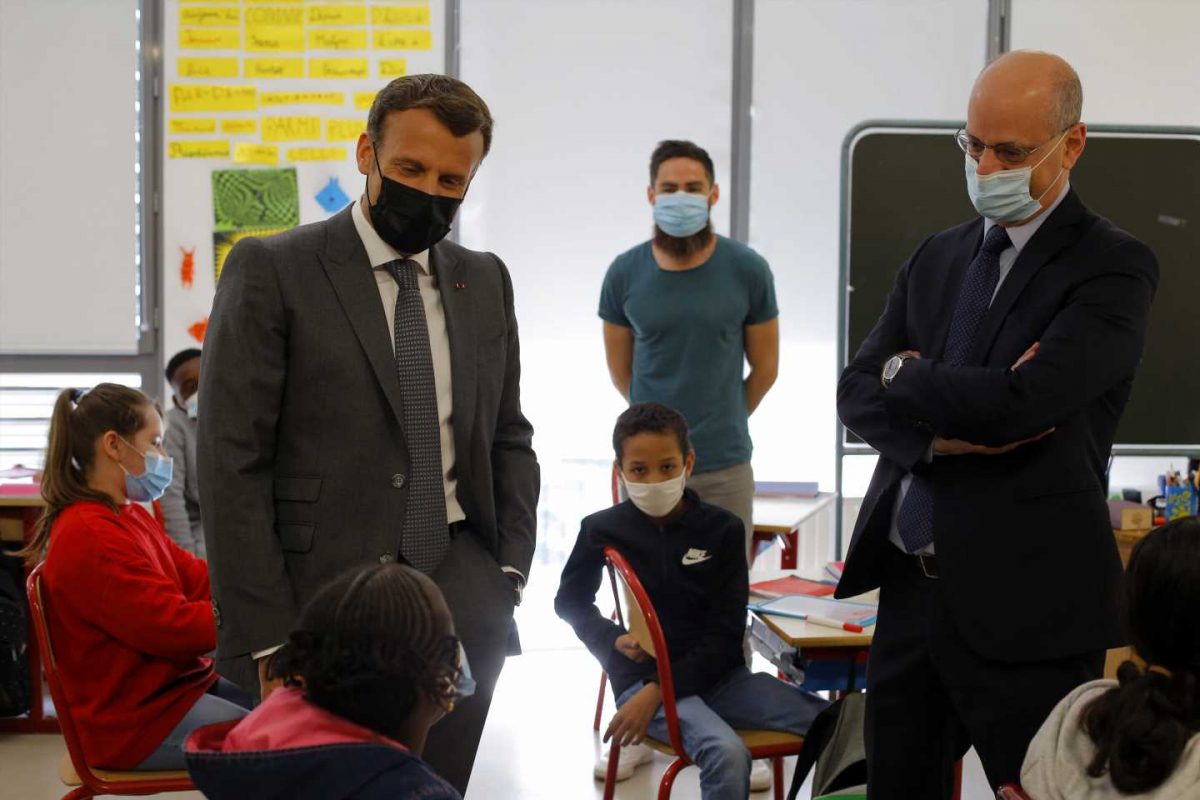 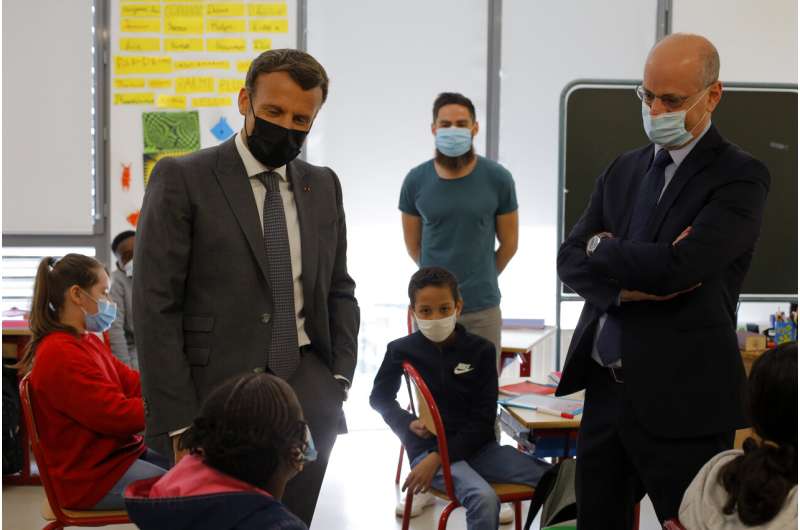 Nursery and primary schools reopened on Monday across France after a three-week closure in the first step out of the country’s partial lockdown, despite numbers of COVID-19 patients in intensive care units reaching their highest level since last spring.

French authorities argue that daily numbers of new infections have started decreasing, providing encouraging signs about the impact of restrictions that were imposed at the beginning of the month.

Schools have been closed since April 5 as the government decided to bring forward the date of Easter holidays, in an effort to slow the spread of the virus.

Starting from next week, the ban on domestic travel will be lifted. The nighttime curfew, now in place from 7 p.m. to 6 a.m., will be maintained.

“We’re going to gradually reopen,” President Emmanuel Macron said while visiting a primary school on Monday in Melun, south of Paris. “We will do this very slowly to avoid (the virus) to start spreading again.”

Macron said he is anticipating a better situation next month when a greater proportion of the population will be vaccinated and the expected decrease in numbers of daily infections after the partial lockdown.

Asked by a child about the curfew, Macron said “we will try to delay it a little bit (at night) … because 7 p.m. is early.” 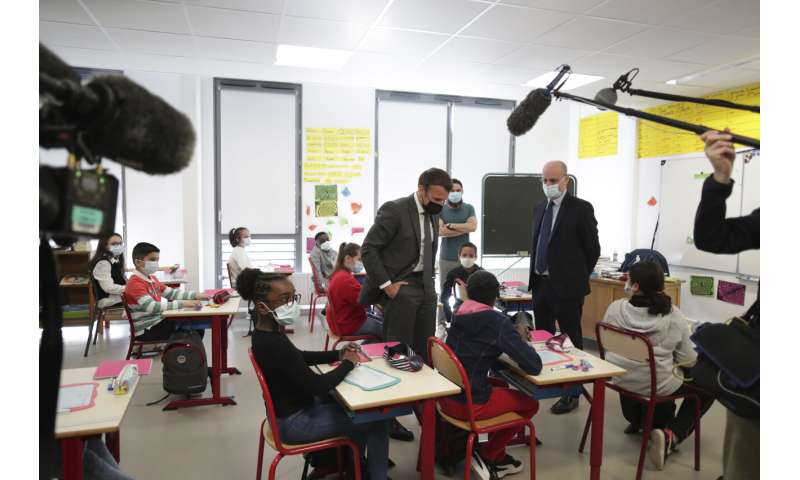 France intends to gradually reopen nonessential shops, some of its cultural venues and cafe and restaurant terraces starting from mid-May.

Authorities are reporting more than 30,000 confirmed virus infections each day, down from about 40,000 earlier this month. Yet French hospitals are still close to being overwhelmed, with nearly 6,000 critically ill patients in French intensive care units. And France has reported more than 100,00 COVID-19 deaths.

More than 14 million people in France have received at least one dose of a vaccine, about 26% of its adult population.

Dr. Eric Caumes, head of the infections and tropical diseases department at Paris’ Pitie Salpetriere Hospital, said he thinks “this is not very reasonable” to start reopening the country now.

“Figures are not very encouraging,” he said on news broadcaster BFM. “They have only started to decrease in certain places, so saying that we’re loosening precautions despite figures not being down yet—we obviously have concerns.” 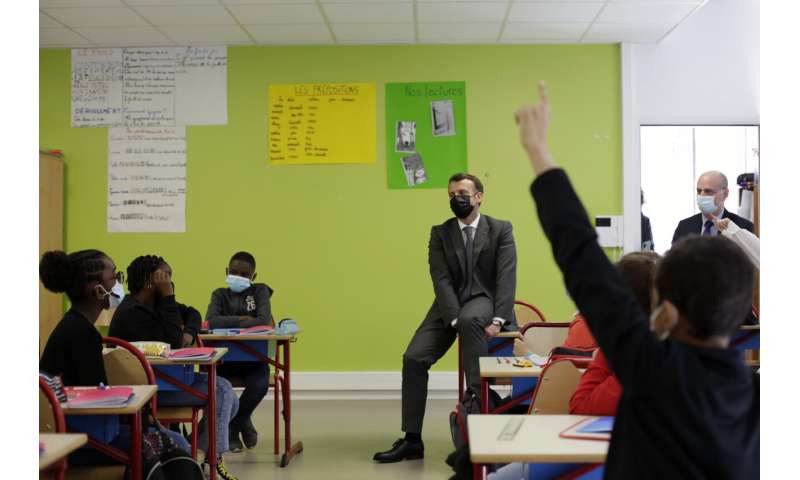 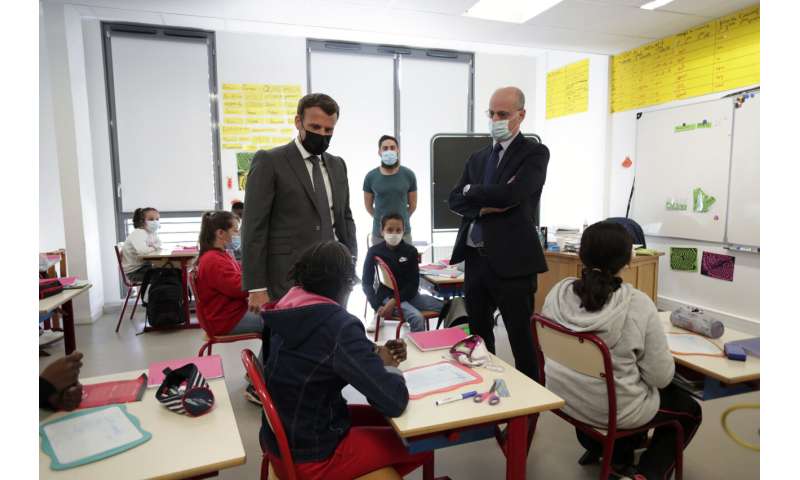 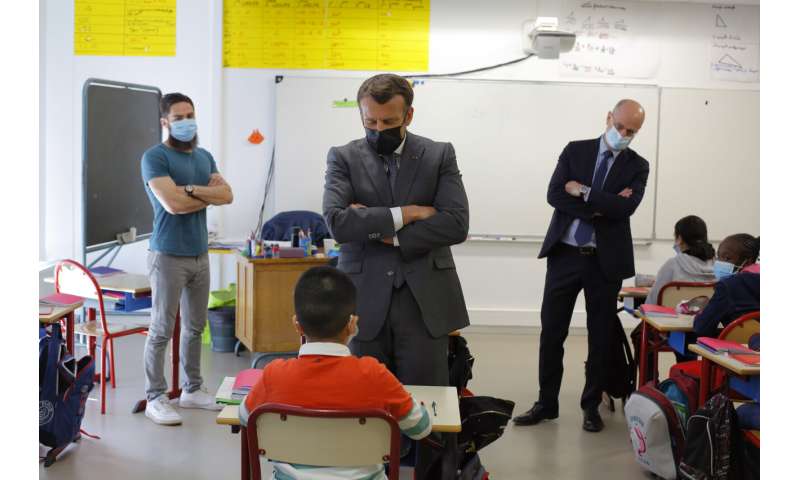 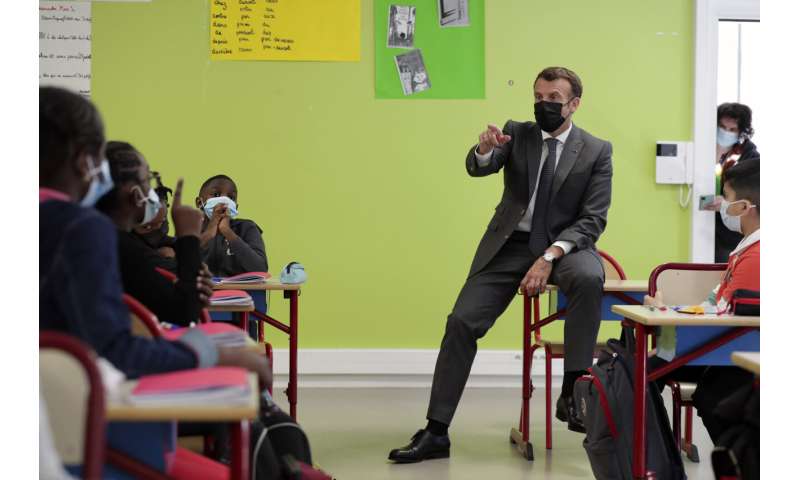 As schools open again, all French teachers and school employees will be given two self-administered virus tests per week to carry out at home, the Education Ministry said in a statement. In addition, high school students can get tested at school once a week, with more tests progressively rolled out for younger students.

In a Paris school on Monday morning, parents brought their children feeling both relieved and worried.

“To be honest, we are not worried so much about the younger ones in primary schools. We are more worried about the other kids who are in the secondary schools, where I think the situation can be more complicated,” Parisian Jerome Keff said.

Middle school and high school students are attending online classes this week. They will be back at schools on May 3.

France sent all 12 million of its schoolchildren back to class from September through April, so many schools haven’t developed remote learning tools, and national distance-learning sites were saturated or hacked when they first resumed online classes earlier this month.