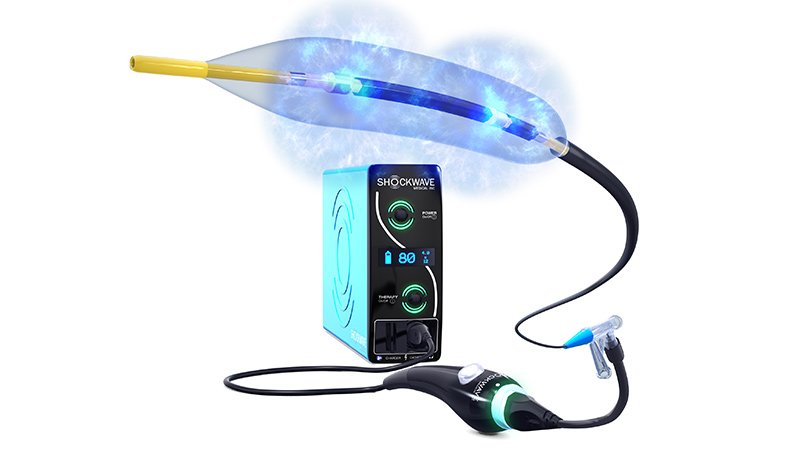 The approval is based on the pivotal single-arm Disrupt CAD III study, which reported a procedural success rate of 92.4% with the coronary IVL system, compared with 83.4% for orbital atherectomy in ORBIT II.

The primary safety endpoint of freedom from cardiac death, MI, or target vessel revascularization at 30 days was achieved in 92.2% of patients in the intravascular lithotripsy trial, compared with 84.4% in ORBIT II.

“Notably, coronary IVL was simple to use and demonstrated a low risk of rare but life-threatening complications that have been associated with the use of high-pressure balloons and atherectomy technologies, including tears in the artery, abrupt arterial closure, and a sudden stop of blood flow,” the press release says.

“Coronary calcification is a major challenge for physicians because it limits the success of coronary angioplasty procedures and our current tools for addressing calcium have limitations,” Dean Kereiakes, MD, coprincipal investigator of Disrupt CAD III and president of The Christ Hospital Heart and Vascular Institute, Cincinnati, says in the release. “This approval represents a major advance in both the safety and simplicity of some of our most challenging procedures — and potentially promises to become a new standard of care.”

The coronary IVL technology is now available in 50 countries, with more than 25,000 patients successfully treated since the initial commercial availability in early 2018, according to the company.

The technology has been cleared for the treatment of peripheral arterial disease in the United States since 2016.